Major events that can shape the global economy in 2019, according to GlobalData

14 Feb 2019
Major events that can shape the global economy in 2019, according to GlobalData

A few major geopolitical and economic events are expected to have an impact on the economic performance of countries and companies. As a result, it is important for many global organizations to track these events, as they are key steps in the planning process to get insulated from any kind of uncertainty arising during the year.

GlobalData, a leading data and analytics company, has compiled a comprehensive calendar of major political events, central bank decision dates and global election dates scheduled for 2019. The integration of the global economy was threatened in 2018 and 2019 has started off on an uncertain note.

Trade war among major economies: The uncertain terms of the trade war between China and the US are expected to be resolved as the negotiation period between them comes to an end in March 2019.

Brexit uncertainty: In the UK, a high level of uncertainty is expected to persist as the Brexit Day (March 29, 2019) draws nearer; the government has failed to strike a deal with the European Union and in an extreme scenario, the country might have a second referendum. 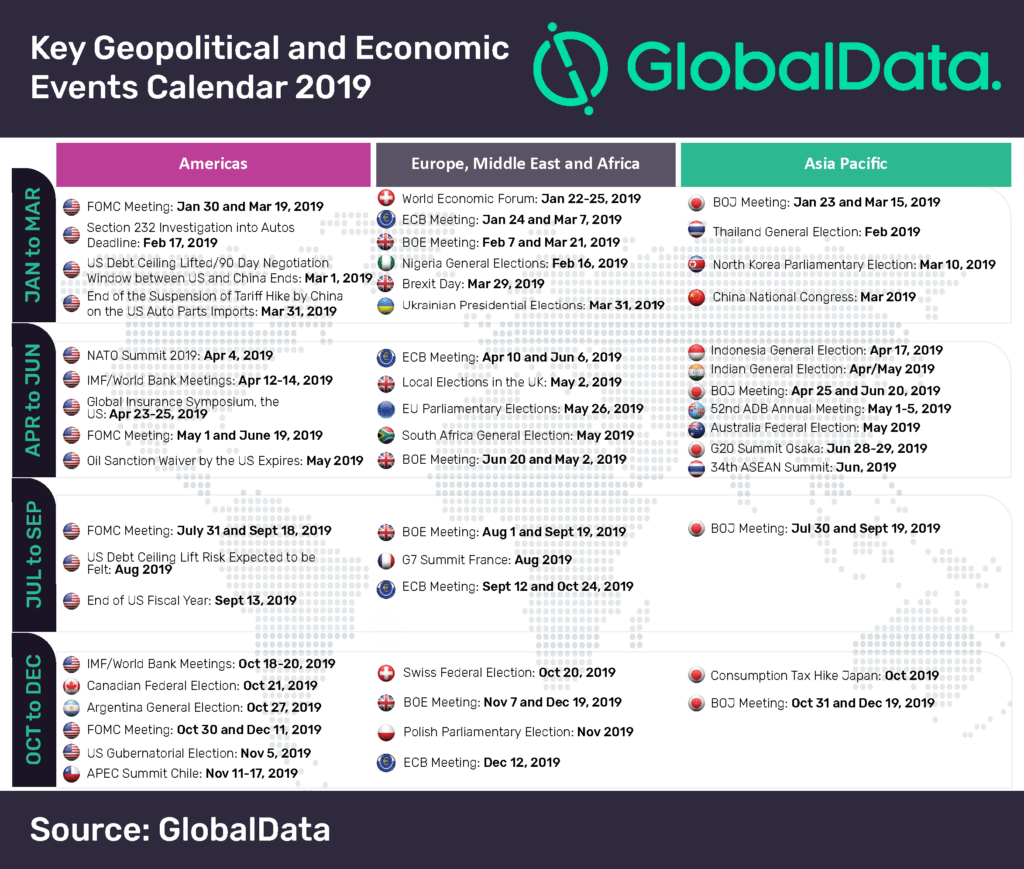 Elections in major economies: High risk political events such as elections in India, Indonesia, Thailand and Australia are also expected to have substantial effects in their respective countries.

Major oil exporting countries, such as Saudi Arabia and Russia, will be top influencers on the global political and economic dynamics in 2019.

Overall, many high risk events are scheduled to take place in 2019 and thus, shape the economic and political scenario for years to come and need to be carefully observed as a result.