In the current age of digitalization, enterprises continue to focus on the critical data assets’ protection against breaches and intrusions. The market of data and security management services, known as managed security services (MSS), is expected to reach US$20.2bn in the Asia-Pacific (APAC) region by 2023 year-end, says GlobalData, a leading data and analytics company.

According to GlobalData’s Market Opportunity Forecasts Model, countries such as Australia, New Zealand, Japan, South Korea and Singapore are estimated to witness the highest compound annual growth rates (CAGR) during the period, whereas China, Japan and Australia are estimated to be largest MSS markets, accounting for nearly two-thirds of the overall market in 2023.

Sunil Kumar Verma, Lead ICT Analyst at GlobalData, comments: “Cyber security laws and regulations, and amendments introduced in various countries are forcing companies to focus on security compliance. As a result, majority of the companies in the region are increasingly outsourcing their security practices to security services providers, either partially or entirely. Against this backdrop, the operating model with regards to security practices management continues to shift from a capital expenditure (CapEx) to an operational expenditure (OpEx) model.” 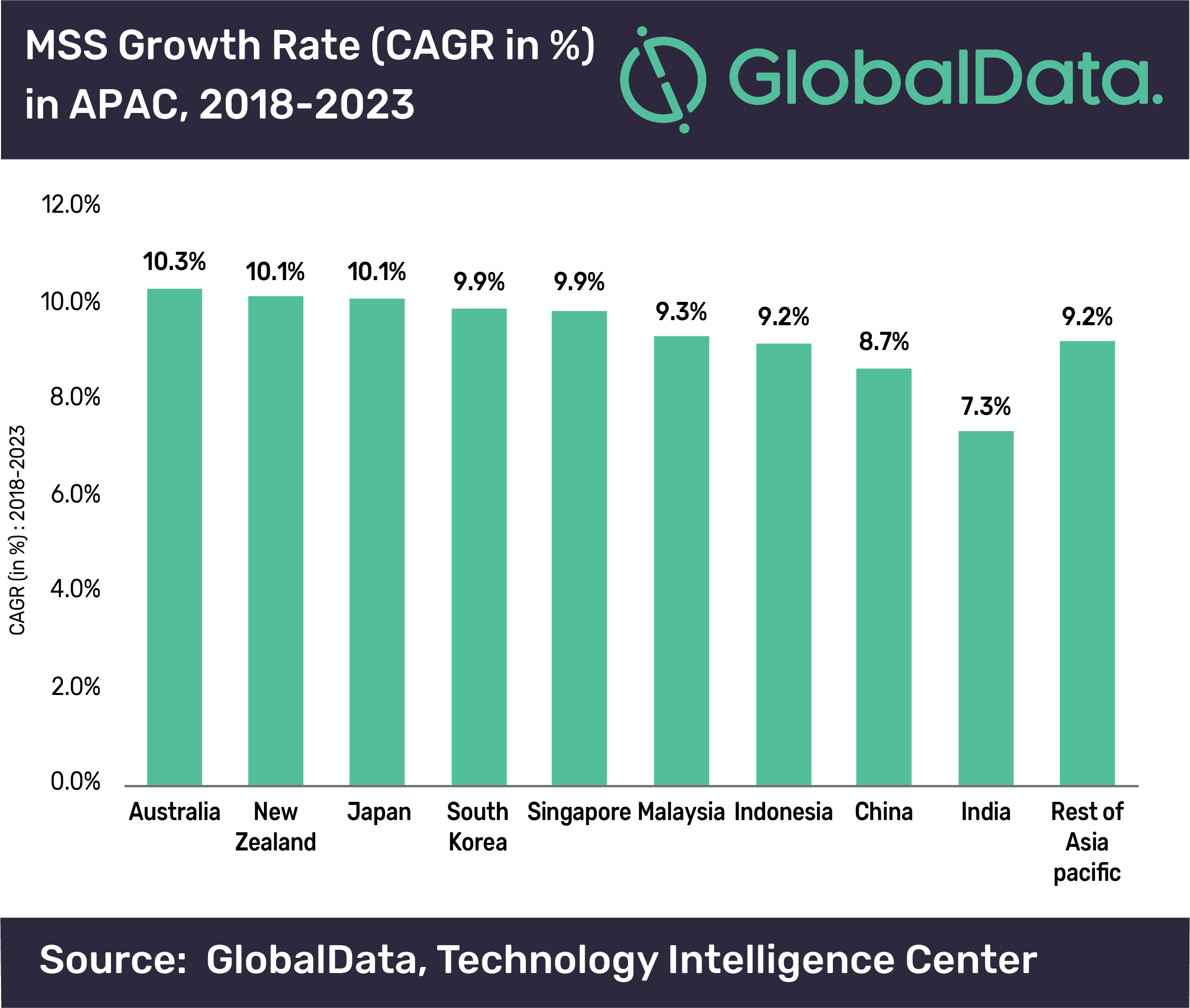 Sunil adds: “Enterprises across all types and sizes either lack the required resources or do not have the capital required for monitoring their business themselves. As a result, they are increasingly relying on security specialists for their various requirements, which will continue to become more complex as they expand.”

Enterprises across the APAC region continue to further strengthen their cybersecurity capabilities, resulting in an increased demand for MSS.

For example, companies in Australia are witnessing increased instances of cybercrimes. As a result, the government had allocated AU$260m in its 2018 budget to beef up cybersecurity initiatives.

Similarly, the New Zealand Government too announced a funding of NZ$10m for supporting its Pacific cybersecurity strategy. This included an allocation of NZ$8.7m for the New Zealand’s Computer Emergency Response Team (CERT) and NZ$1m for the enhancement of government’s cybersecurity capabilities.

In Japan too, the Tokyo Olympics in 2020 is expected to boost the MSS market, owing to the increasing number of people and enterprises being involved in the event. Going by historical records, cyber-attacks have increased in host countries around event periods, such as during the Olympics in 2012 and 2016, and during the Asian games in Korea in 2018.

The MSS market in Japan is expected to witness growth as enterprises are expected to invest in services instead of on-premise solutions and also support their need to strengthen cybersecurity measures.

Sunil concludes: “In addition to the government support and enterprises’ initiatives to strengthen the cybersecurity capabilities, the growing maturity of the cloud landscape, mandatory adherence to cybersecurity compliance requirements, expanding connected devices ecosystem, initiatives to reduce CapEx and focus on core competencies and outsourcing secondary capabilities, will be the key factors driving the increased spending on MSS in the region.”