The number of massive multiple input, multiple output (MIMO) products available on the global market is set to more than double from 31 in late-2018 to 74 in 2019, which will be provided by only six equipment vendors according to GlobalData, a leading data and analytics company. 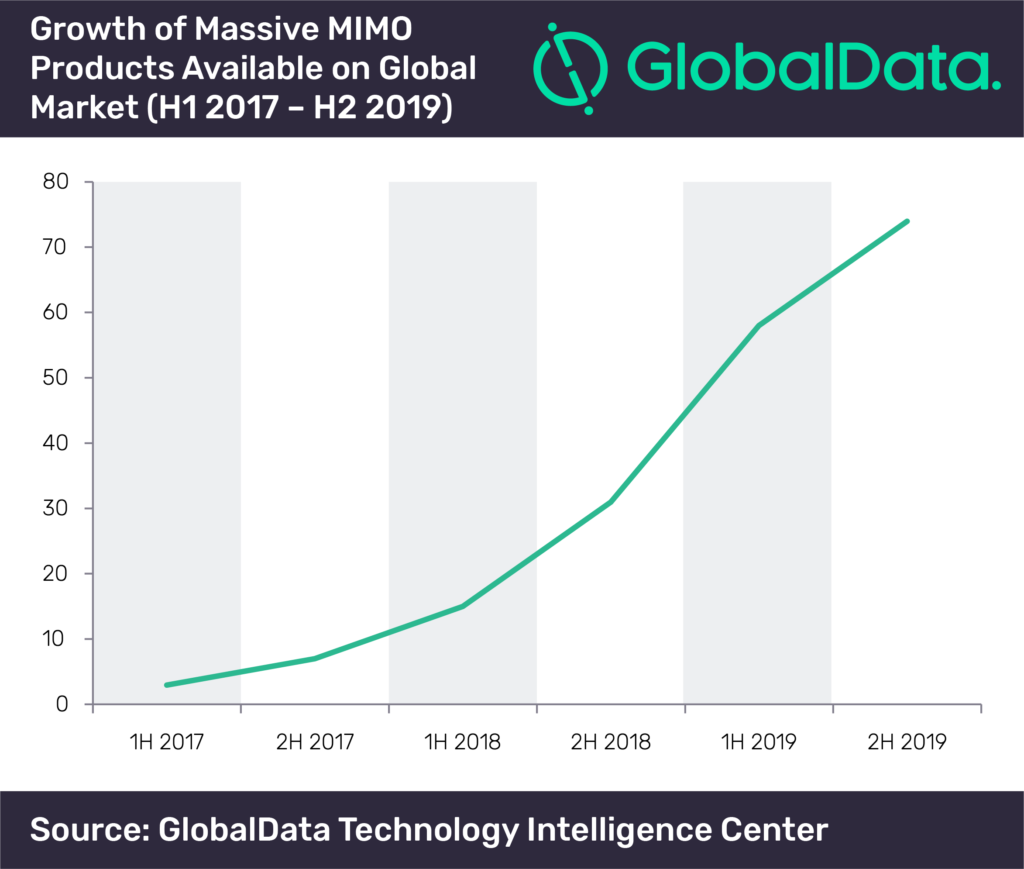 Ed Gubbins, Principal Tech Analyst at GlobalData, comments: “Vendor positions are shifting. ZTE was early to market in 2015, but the breadth of its portfolio has been surpassed by rivals since. In contrast, Nokia and Samsung were later to arrive but have surged to achieve broader portfolios than most competitors. Huawei, meanwhile, has developed the largest portfolio, accounting for 30% of the total by the end of 2019.”

Massive MIMO gear currently comes in around ten different varieties of antenna arrays, the most common having 64 transceivers and receivers.

Gubbins added: “Massive MIMO is an essential tool for mobile network operators, whether they’re deploying 5G networks or just enhancing their 4G networks to keep up with demand. With this recent surge of products hitting the market, it’s important for operators to understand how these products differ and why those differences matter.”