Think and Learn (Byju’s) and Tencent have emerged as the most active media and telecom (TMT) companies across the global merger and acquisition (M&A) market during 2021.  They acquired six and four TMT companies (in deals with a disclosed value ≥ US$50m), respectively, reveals GlobalData, a leading data and analytics company.

Some of the notable deals of Tencent were the acquisition of video game developers Sumo Digital for $1.3bn and Crytek for $355bn. Some major deals by Byju’s include the acquisition of India-based edtech firm Aakash Educational Services for $1bn and Great Learning for $600bn.

Snigdha Parida, Senior Analyst of Thematic Research at GlobalData, comments: “With increasing mobile penetration and prolonged lockdowns, mobile and online gaming has boomed as a pass time. The immediate effect was a spurt in mobile game sales, benefiting both game developers and gaming device makers and this has benefitted Tencent and other gaming companies. In fact, gaming was one of the top 10 primary themes driving top 100 deals in 2021 when measured by deal volume.” 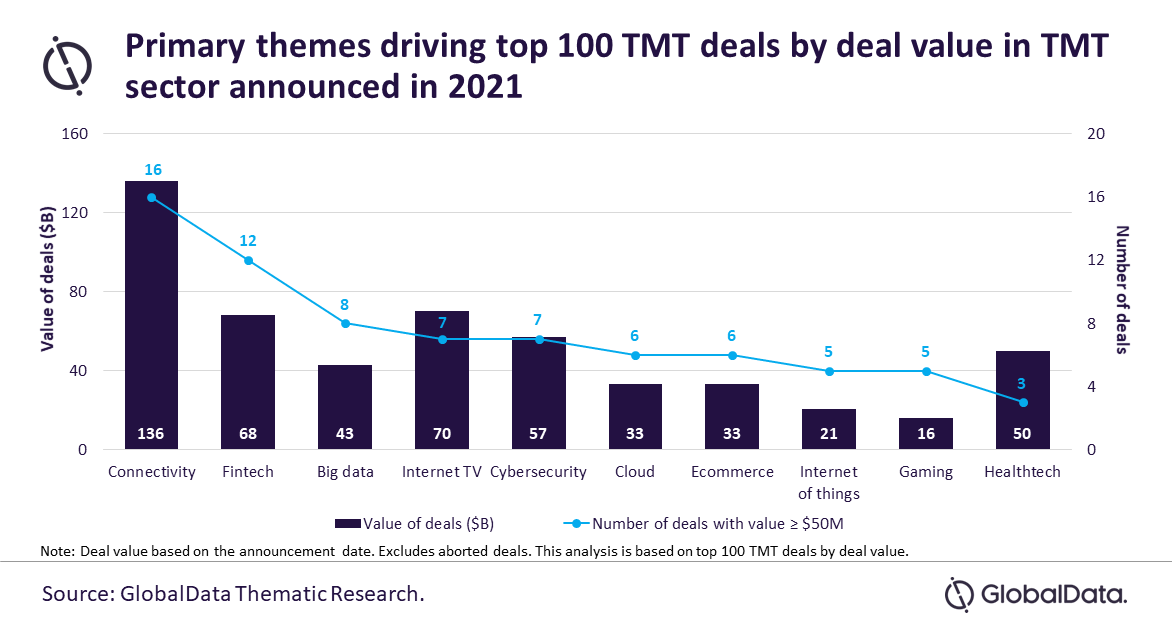 Parida continues: “M&A activity in the edtech space has been energetic since early 2020, with activity growing across all parts of the education sector as schools and higher education institutions embraced online learning and providers responded to the impact of the pandemic by making strategic acquisitions.”

A swathe of growing edtech companies such as India’s Byju’s, Norway’s Kahoot, the UK’s Learning Technologies Group, and private equity players like Thoma Bravo have all made strategic acquisitions.

Parida concludes: “The edtech sector is still in its infancy but expanding due to the COVID-19 pandemic’s impact. Consequently, there is every likelihood that M&A activity in edtech will continue to be strong throughout 2022. GlobalData forecasts global edtech revenues to reach $538.5bn in 2030. It would not be surprising to see M&A activity to continue at a high level throughout 2022 driven by digitalization themes such as edtech and gaming.”