The ongoing global geopolitical issues and volatile market conditions continue to pose downside risk to the mergers and acquisitions (M&A) deal activity in China. As a result, despite witnessing 10 megadeals (deal value ≥$1bn) in Q1 2022, the country saw 12% and 9% drop in deal value compared to Q4 and Q1 of 2021, respectively, reveals GlobalData, a leading data and analytics company.

GlobalData’s latest report, ‘Mergers and Acquisitions Deals by Top Themes and Industries in Q1 2022’, notes that a total 390 M&A deals were announced in China in Q1 2022 with a combined transaction value of $31bn, a 35% drop from the previous quarter and 16% drop versus Q1 2021 in terms of deal volume. 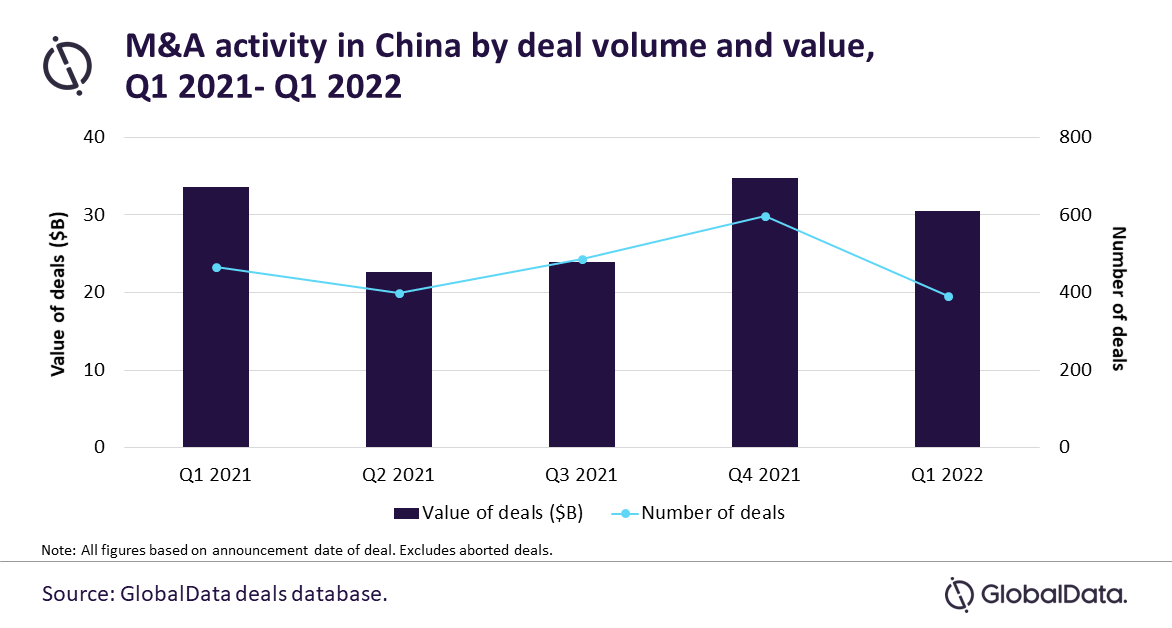 Snigdha Parida, Senior Analyst of Thematic Research at GlobalData, comments: “Globally, the market has weakened in Q1 2022, lower than every quarter in 2021. This can be viewed as a return to more ‘normal’ levels, as the COVID-19-driven boost to deal making has largely dissipated and the broader economic outlook has become less conducive to deal making.”

“Fuelled by rising geopolitical tensions in the wake of the Russia-Ukraine conflict, worsening macro-economic outlook, higher interest rates, and supply chain disruptions have all led to dampening investments activity, particularly in M&A hubs in Asia-Pacific including China, Japan, and South Korea. As corporates are now more cautious around deals, the M&A market is entering into a more subdued phase.”

The report also notes that out of 18 sectors, 10 sectors—Aerospace, Defence, and Security (ADS), apparel, automotive, banking & payments, consumer goods, healthcare, insurance, mining, oil & gas, and travel & tourism have reported a quarter-on-quarter increase in deal value in China and the remaining saw a drop. In fact, one of the top 10 megadeals was witnessed in China – EQT to acquire Baring Private Equity Asia for $7.5bn. 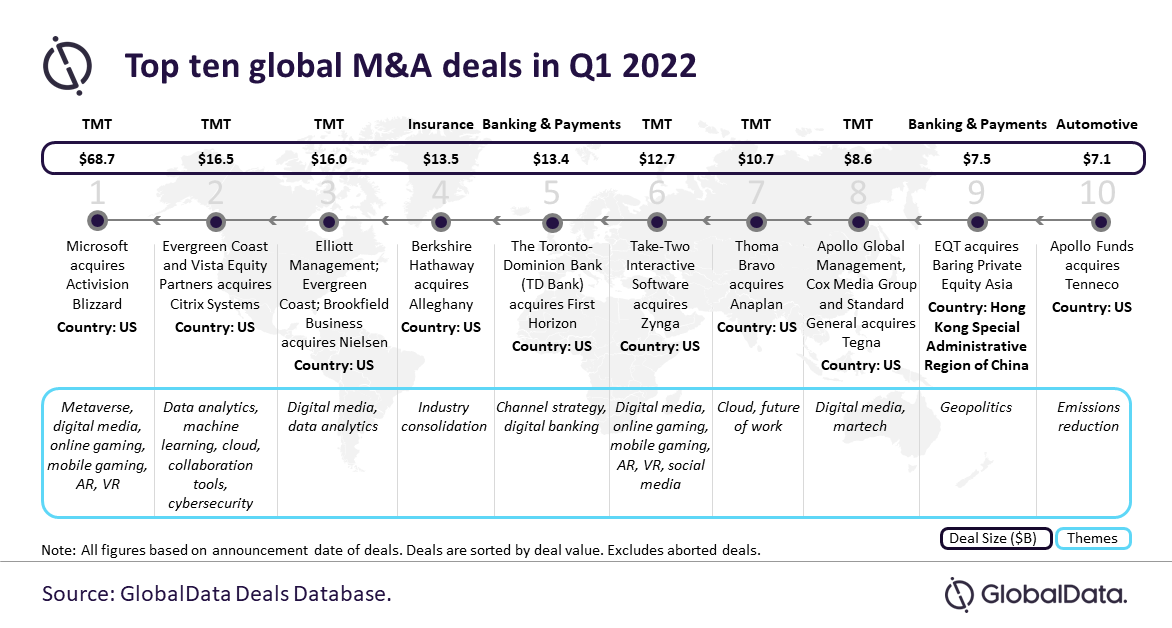 Parida concludes: “M&A activity in China was mostly driven by themes including geopolitics, electric vehicles, connected car, and lithium-ion batteries. The country is a hub for originating lithium-ion batteries without which electric vehicle manufacturing will be unsustainable. Hence, such deals continued to happen in China despite a fall in lithium prices amid the COVID-19 lockdowns and restrictions that disrupted demand prices.”