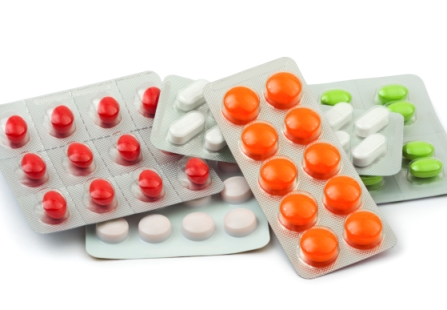 The value of the melanoma market was estimated to be $3.3bn across the seven major markets (7MM*) in 2016. This is expected to grow to $5.5bn in 2026, at a Compound Annual Growth Rate (CAGR) of 5.3%, according to GlobalData, a leading data and analytics company.

GlobalData expects that there will be nearly 207,000 cases of melanoma in 2026, rising from nearly 166,000 in 2016. The company’s latest report: ‘PharmaPoint: Melanoma’ states that this increase, coupled with an anticipated increase in prescriptions for branded agents, will drive growth of the global melanoma market over the forecast period.

IMAGE FOR PUBLICATION, PLEASE CLICK HERE: ‘Global sales forecast by country for melanoma in 2016 and 2026’

The 2011 launch of Yervoy propelled Bristol-Myers Squibb (BMS) onto the melanoma market and positioned the company as the premier immuno-oncology player. Yervoy has rapidly become the best-selling brand in melanoma, achieving blockbuster status in 2014, with growth fueled by recent label extension in the first-line (1L) setting in Europe. The 2014 launch of its second melanoma asset, the anti-PD-1 antibody Opdivo, allowed BMS to further strengthen its position in the checkpoint immunotherapy and melanoma markets.

Louis Perdios, PhD, Healthcare Analyst at GlobalData, comments: “GlobalData expects Opdivo/Yervoy to continue driving the robust growth of Yervoy’s sales. However, it is anticipated that Yervoy will be eclipsed by Opdivo, which will become the market leader at the end of the forecast period. We expect the checkpoint immunotherapy drug class to dominate the melanoma market for both BRAF wild-type (WT) and BRAF V600 mutation-positive patients, with an overall 72% share of the melanoma market in 2026.”

As the melanoma market becomes increasingly saturated with the development of anti-PD-1 immunotherapies across the various lines of treatment, GlobalData expects developers of this drug class to increasingly focus on PD-1 combinations with other targeted agents. This strategy is expected to improve response rates and treatment outcomes, and may help differentiate from competitors.

Perdios continues: “GlobalData expects the development of safe and effective drug combinations involving anti-PD-1 immunotherapy to remain a significant R&D strategy for developers looking to compete with BMS during and beyond the forecast period.”

Key Opinion Leaders (KOLs) interviewed by GlobalData report disappointment with the efficacy of current adjuvant interferon treatments for high-risk Stage II and III melanoma patients. GlobalData’s primary research confirms that a large proportion of these patients receive surgery with no drug treatment and without entering clinical trials. KOLs reported that despite the availability of interferon adjuvant therapy, a significant portion of these patients will ultimately recur or progress to metastatic disease.

Perdios adds: “As a result of this unmet need and the large patient pool, the melanoma adjuvant setting represents a lucrative opportunity for drug developers. We expect there to remain high commercial reward for developers of efficacious and well-tolerated drugs that can improve the cure rate and cater to this large population of patients.”