Rahael Maladwala, Pharma Analyst at GlobalData, a leading data and analytics company, offers his view on what the next steps are:

“Hepatocellular carcinoma is one of the most common forms of liver cancer in adults, and this move shows the faith that Merck have in Keytruda, which is fast becoming one of the most important drugs in the company’s already strong portfolio. This application, which is supported by data from the KEYNOTE-224 study, could just be the start as there have been several Merck sponsored studies investigating Keytruda in other gastrointestinal cancers.

“Keytruda is an immune-oncology therapy which works by increasing the ability of the body’s immune systems, which in turn helps to identify and protect the body against tumour cells. It works by blocking the interaction between PD-1 and its ligands, which activates T cells, ultimately leading to an immune response. The drug, which was originally launched in 2014, has been indicated for treatment as both a combination therapy and a monotherapy, in various types of cancers including; melanoma, lung cancer, and classical Hodgkin lymphoma. Considering patent protection is expected for at least the next ten years, Keytruda is forecast to become one of the biggest selling drugs in the pharmaceutical industry. 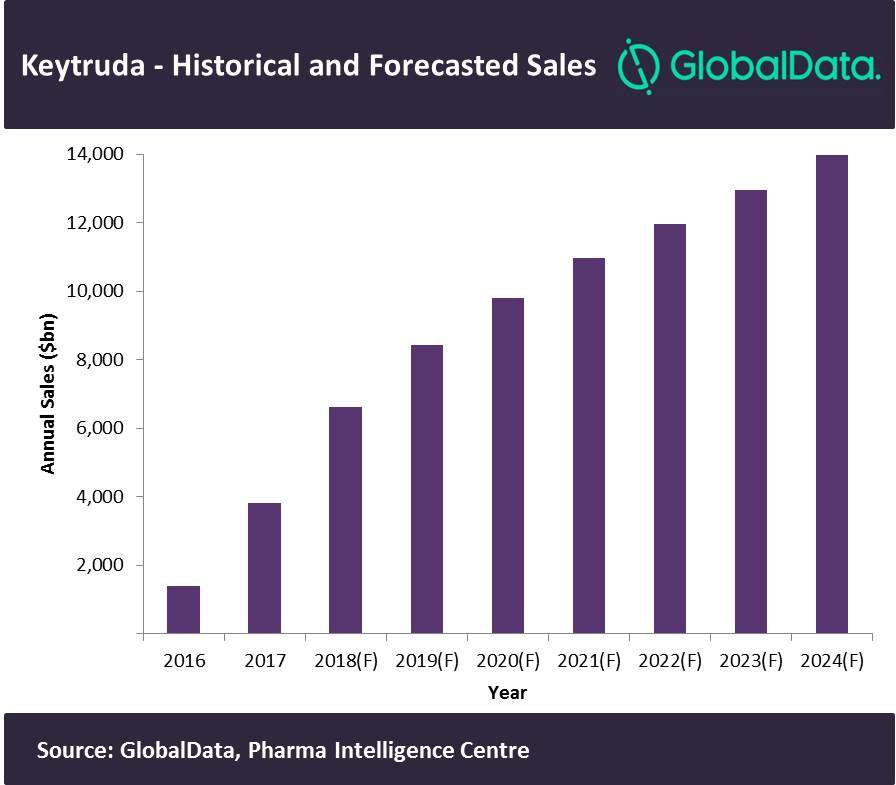 “Keytruda has posted promising clinical trial results, not just in KEYNOTE-224, but also in parallel studies, KEYNOTE-240 and KEYNOTE-394, which looks at the use of Keytruda in other patient settings; if Merck can gain approval for the drug in these indications over the next few years they will ensure that they will maintain their status as a key player in cancer therapeutics for the foreseeable future.”