Megacities (population over 10 million) are becoming over populated and as a result are plagued with housing, transport and infrastructure problems. Against this back drop, ‘Middleweight cities’ – those with a population between 0.5 million and 10 million – will drive the world’s economic and population growth by 2025, says GlobalData, a leading data and analytics company.

Tarun Bisht, Economic Research Analyst at GlobalData, says: “High income inequality has led to the creation of mega slums in megacities. Environmental concerns are also slowing down migration into these cities. For instance, rising PM2.5 (atmospheric particulate matter that has a diameter of less than 2.5 micrometers) concentrations in large Chinese cities such as Beijing and Shanghai may affect the recruitment of skilled human capital and the cities’ competitiveness in the future.”


Dominant middleweight cities such as Berlin and Cologne in Germany, Dublin in Ireland and Manchester and Liverpool in the UK are either capital cities or regional economic and financial hubs. GlobalData forecasts these cities to outperform some of the megacities in terms of economic, demographic and income growth.

Bisht adds: “The growth of middleweight cities is fueled by an abundance of natural resources, demographic advantage, strategic geographical location, large consumer base, tourism opportunities and the presence of economic clusters. Several middleweight cities have a high degree of industrial specialization, thereby attracting a skilled workforce and driving productivity growth. Moreover, such cities are preferred destinations due to relatively lower cost of living compared to megacities such as London, New York, Los Angeles and Tokyo.” 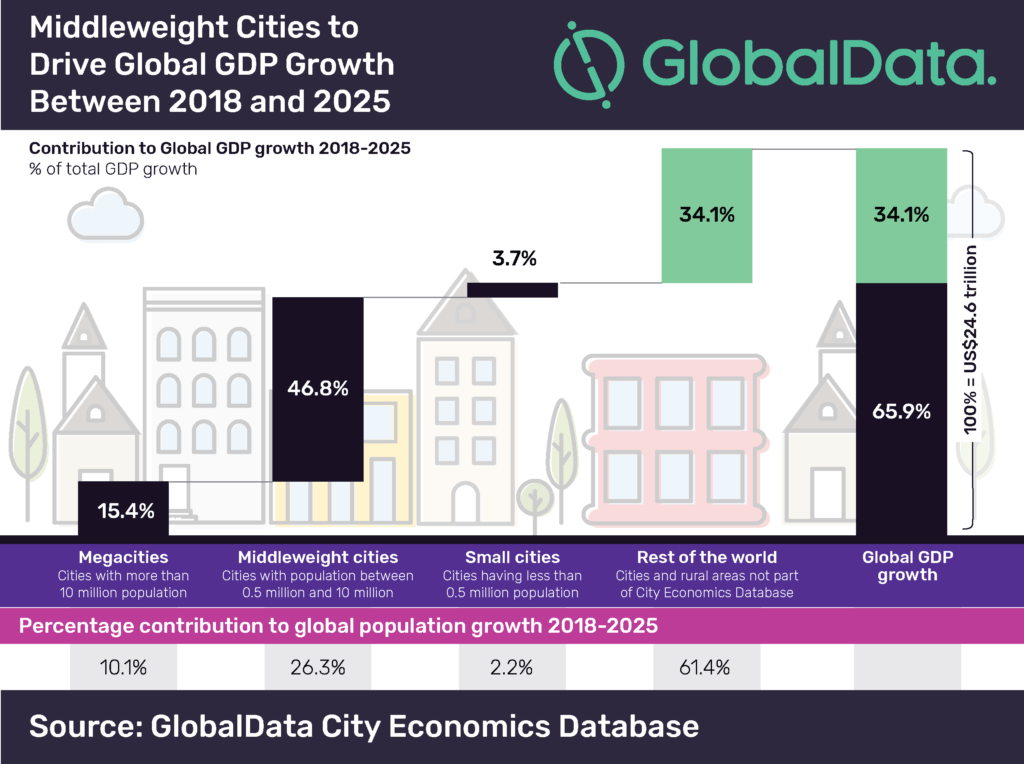 Growing consuming class to give edge to middleweight cities

With a rise in employment and income levels, spending power is expected to increase thereby resulting in the expansion of the urban consuming class. GlobalData predicts these middleweight cities to be home to approximately 582.5 million households having an average income of more than 20,000 Int’l$ purchasing power parity (PPP) by 2025.