February proved to be another disheartening month for retailers as the total retail spend index rose only 3.4 percentage points (ppts) versus a poor performance in January, according to GlobalData, a leading data and analytics company. This subdued growth is especially disappointing in light of the UK experiencing the hottest February on record, which should have driven sales of spring products. 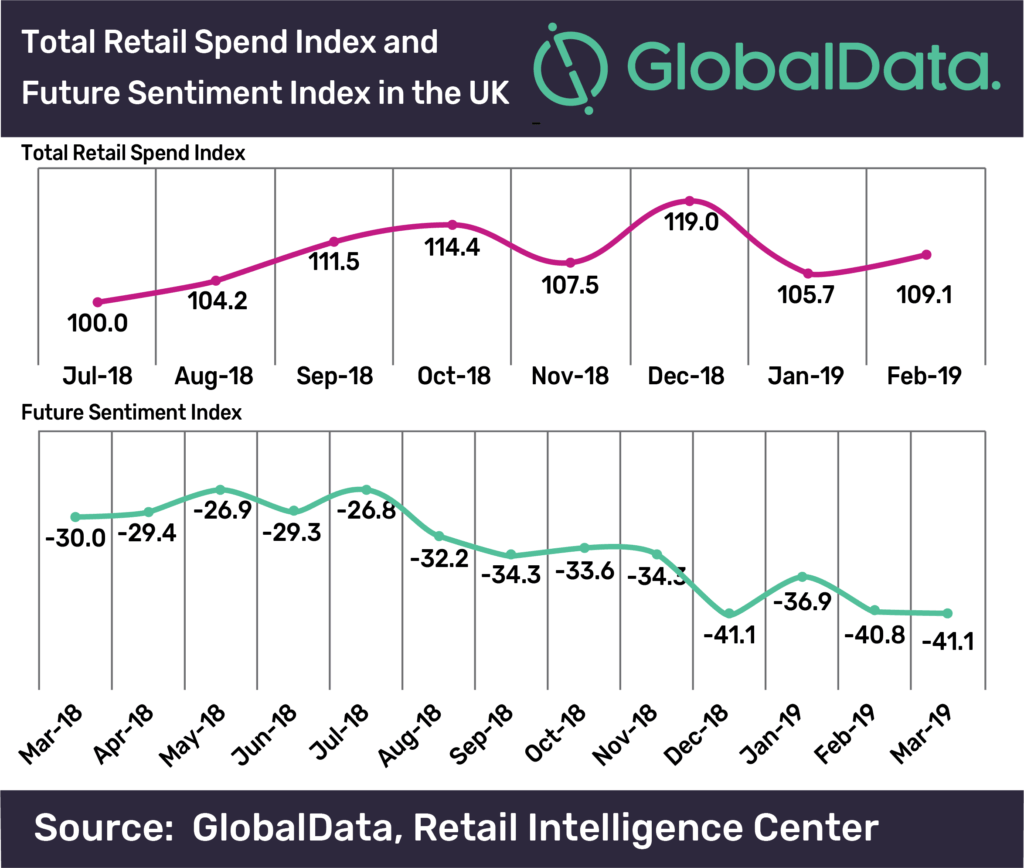 Emily Salter, Retail Analyst for GlobalData commented: “Online spending decreased slightly versus January, but growth remained higher than that of instore spending as physical locations struggled to generate footfall, despite the February half term holiday and mild weather. These two factors did, however, lead to increased leisure spend; contributing to a 7.3 ppt boost to the leisure spend index versus January.”

Unseasonably warm weather throughout the majority of February should have provided a boost to clothing and footwear spending as consumers could have been persuaded to purchase new season stock. However, the clothing instore retail spend index fell as footfall remained subdued and a better performance online was not enough to create significant growth versus January. Additionally, the prolonged period of discounting, which many clothing retailers participated in at the start of 2019, may have dampened demand.

Salter concludes: “Looking ahead, consumers are feeling increasingly negative, in particular about the economic outlook and their personal finances with the future sentiment index declining on last month. This is driven by Brexit uncertainty, despite the UK being only weeks away from the official exit date, with consumers likely to be less willing to spend on non-essential retail items.”

*The survey data is taken from GlobalData Retail’s 2018 and 2019 monthly surveys of 2,000 respondents. The total retail spend index is calculated by summing the monthly spend for all UK consumers surveyed (July 2018 = 100).

VC investments continue to defy expectations in Q4 2020 despite COVID-19 second wave, finds GlobalData
Kirkland & Ellis was top M&A legal adviser in global retail sector for 2020
Bank of America was top M&A financial adviser in global retail sector for 2020
Amazon and Alibaba surge ahead of competitors in ranking of top 25 publicly trading retailers by MCap in Q3 2020
JD Sports and Authentic Brands partnership could give Topshop the best chance of revival