The Indian mobile wallet market is evolving at a rapid pace. Mobile wallet transactions in India are set to grow from INR1.7 trillion (US$24.9bn) in 2018 to INR2 trillion (US$28.7bn) in 2019, says GlobalData, a leading data and analytics company.

GlobalData’s 2019 Banking and Payments Survey reveals that India is one of the top markets globally in terms of mobile wallet adoption.

Majority of the survey respondents (83.6%) in India indicated that they have a mobile wallet and use it, just behind China (87%).

As a result, mobile wallet adoption in India is well above developed markets such as the US and the UK, where consumers predominantly use cards. 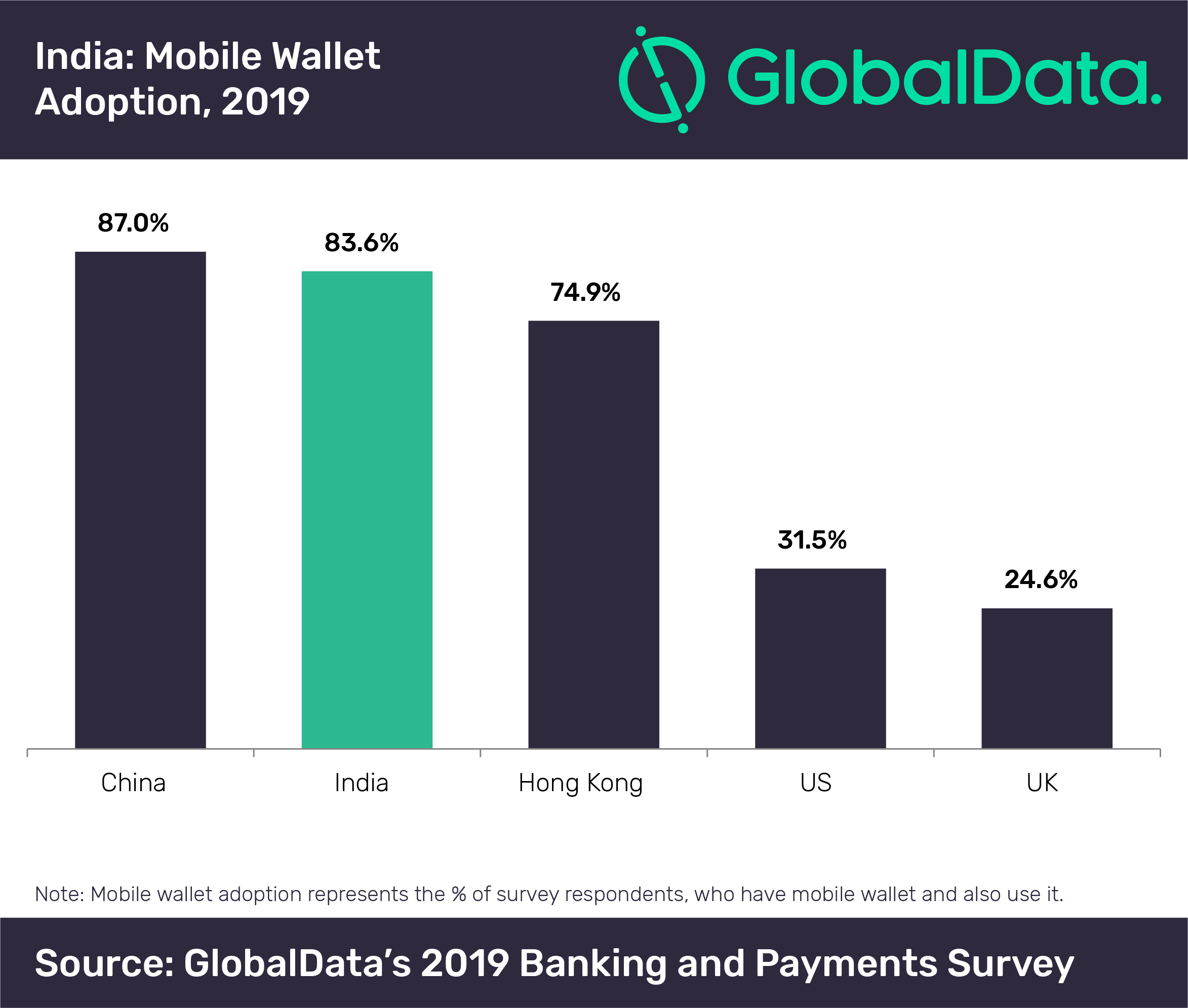 Sharma adds: “Mobile wallet adoption was boosted by the government’s demonetization move in November 2016, which led to a massive cash crunch in the country.

“As most ATMs dried up, people were compelled to switch to mobile-based payments. These wallets are now widely used for everyday purchases at supermarkets, grocery stores, street vendors, tea stalls and fuel stations.”

In addition, the introduction of QR code-based mobile wallet payments is making payments simpler and more cost-effective for merchants.

GlobalData’s survey also revealed that Paytm remains the preferred mobile wallet brand, with more than 55% of respondents having this wallet. Google Pay (previously Tez) is in second place with 25.6%.

Sharma concludes: “Wallet providers are increasingly offering benefits in the form of discounts and cashback to remain competitive. They are also offering value-added services such as utility bill payments, mobile top-ups, hotel and flight bookings, and options to buy entertainment tickets and even gold. This is likely to further drive mobile wallet transactions over the next five years.”