Morgan Stanley has topped the latest M&A league table of the top 10 financial advisers for the metals & mining industry based on deal value in FY2018, compiled by GlobalData, a leading data and analytics company.

The US-based financial services group led the table with 16 deals worth $20.8bn, including the industry’s highest value deal – Barrick Gold’s merger with Randgold Resources for $6bn.

According to GlobalData, which tracks all merger and acquisition, private equity/venture capital and asset transaction activity around the world to compile the league table, Goldman Sachs stood at the second position with 11 transactions worth $16.7bn, followed by Credit Suisse with eight deals valued at $14.3bn.

Tokala Ravi, Financial Deals Analyst at GlobalData, said: “In the financial adviser category, Morgan Stanley was a clear leader, both in terms of value and volume. However, among the legal advisers, there was tough competition between Borden Ladner Gervais and Freshfields Bruckhaus Deringer for the top spot, with the former taking lead by a mere ~$0.3bn.” 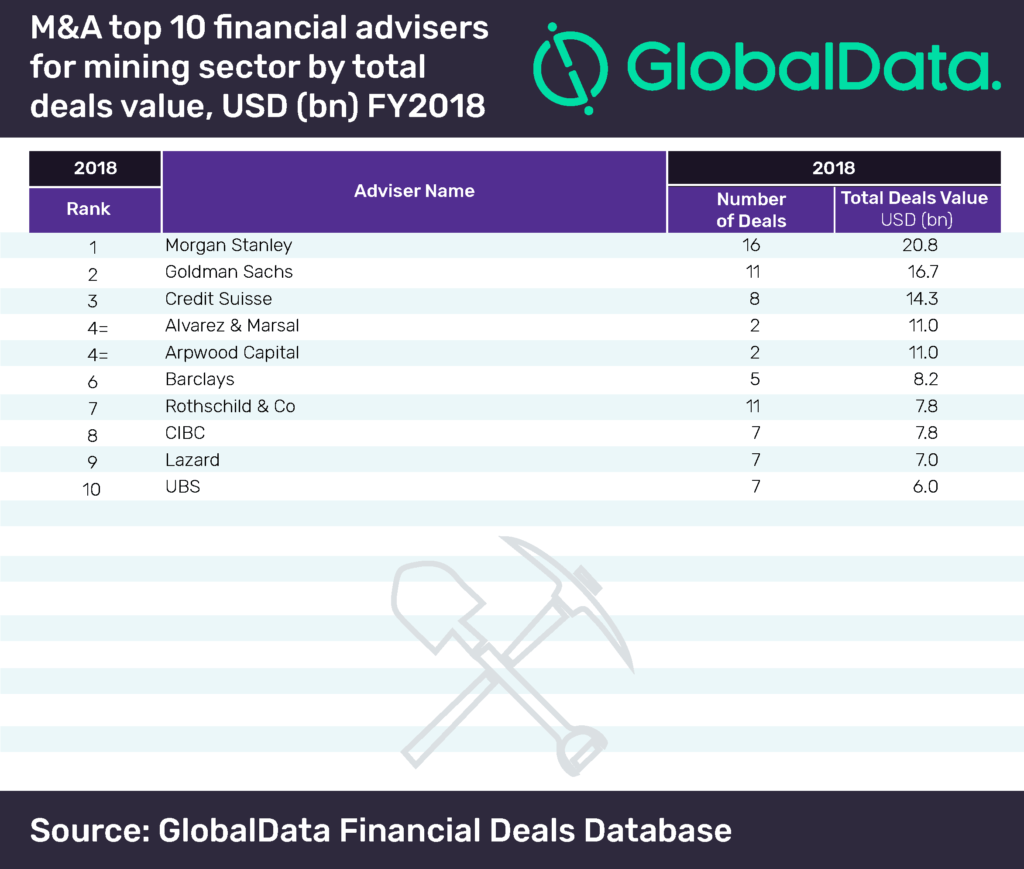 Canada-based Borden Ladner Gervais, conspicuous by its absence from the global league table of top 20 legal advisers, led the list of the top 10 legal advisers for the metals & mining industry by value with five deals worth $9.7bn. The sixth ranked Linklaters emerged as the top adviser in terms of volumes with 14 deals valued at $7.2bn. 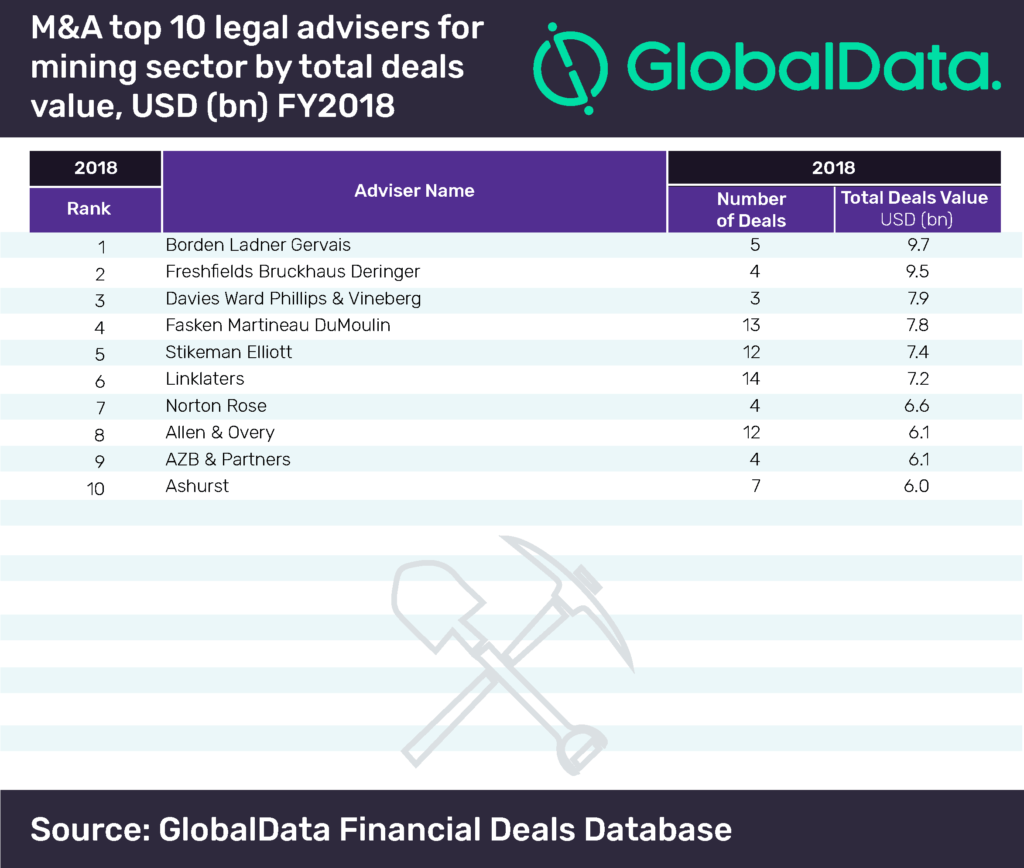