Morgan Stanley has topped the latest M&A league table of the top 10 financial advisers in the healthcare sector for FY2018, compiled by GlobalData, a leading data analytics company.

Despite advising on less than half the number of deals compared to its compatriot JP Morgan (19 vs 42), Morgan Stanley emerged as the winner with a total deal value of $183.7bn during the reporting period.

According to GlobalData, which tracks all merger and acquisition, private equity/venture capital and asset transaction activity around the world to compile the league table, JP Morgan secured the second spot with deals worth $167.6bn, followed by Goldman Sachs with $157.8bn. JP Morgan advised on 42 deals, the highest in the sector in 2018.

Nagarjun Sura, Financial Deals Analyst at GlobalData, said: “Top three global financial advisers/investment banks dominated the financial adviser rankings in the healthcare sector. All three of them were involved in the year’s biggest pharma deal – Takeda’s ~$80bn acquisition of Shire, which played a pivotal role in deciding the ranking of top 10 financial and legal advisers in the sector.” 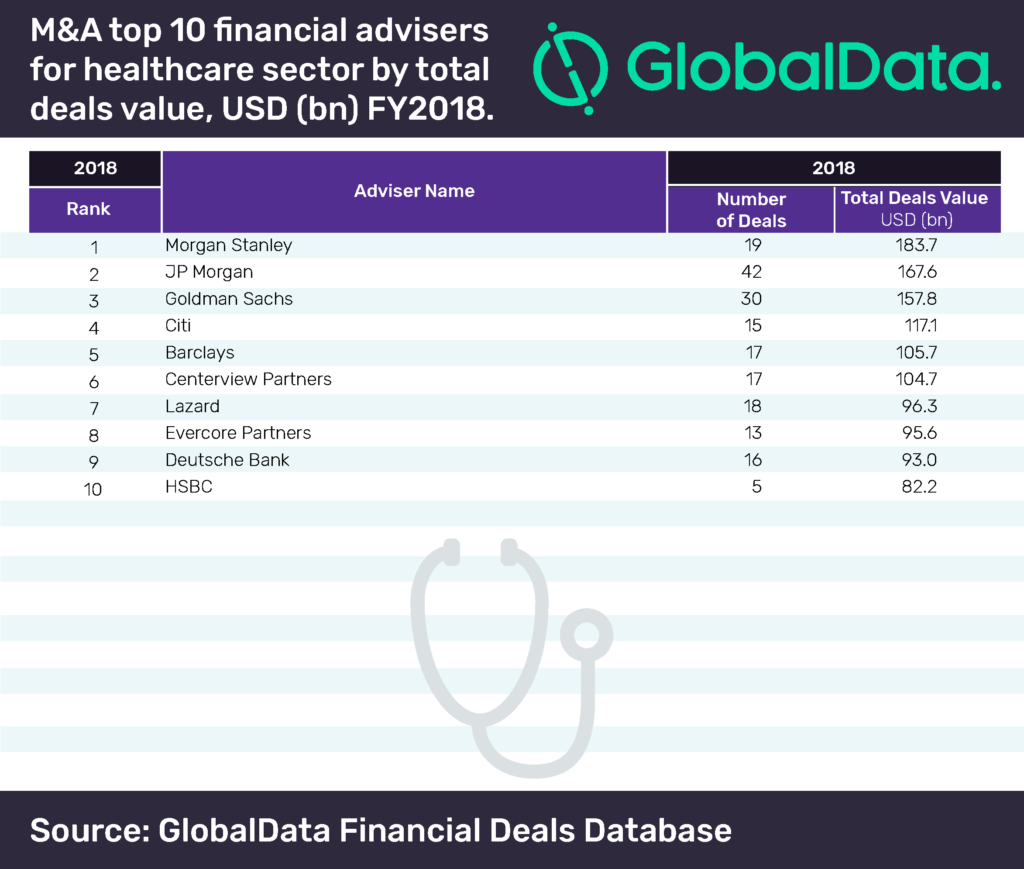 American law firm, Latham & Watkins, was the winner in the top 10 legal advisers list for healthcare sector by value and volume, though it finished seventh in the global league table of top 20 legal advisers.

The firm advised on 50 deals, worth a total of $110.6bn, to surpass its competitors in the healthcare sector. Even though Sullivan & Cromwell provided legal services to only 10 deals in 2018, it occupied the second spot in the top 10 legal advisers list riding on the back of a total deal value of $104.2bn. 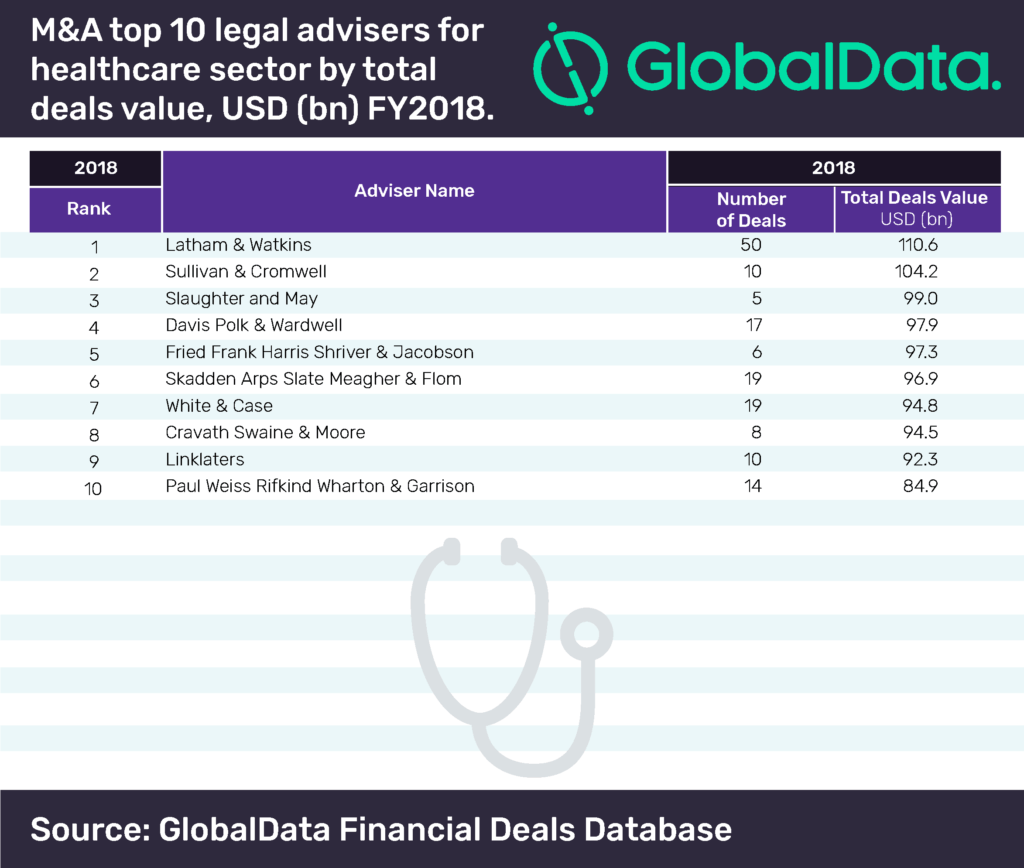