Mox Bank Limited (Mox), a virtual bank created by Standard Chartered in partnership with PCCW, HKT and Trip.com, failed to make a mark in the Hong Kong banking market. The failure highlights that the ability to launch a proposition that resonates with customers remains elusive for many, says GlobalData, a leading data and analytics company.

According to the nine customer satisfaction attributes measured by the GlobalData’s Banking and Payments 2021 Survey (N=52,742), Mox ranked last in all, behind incumbents such as HSBC, Citibank, Hang Seng Bank, Bank of China, ZA Bank, and Standard Chartered. 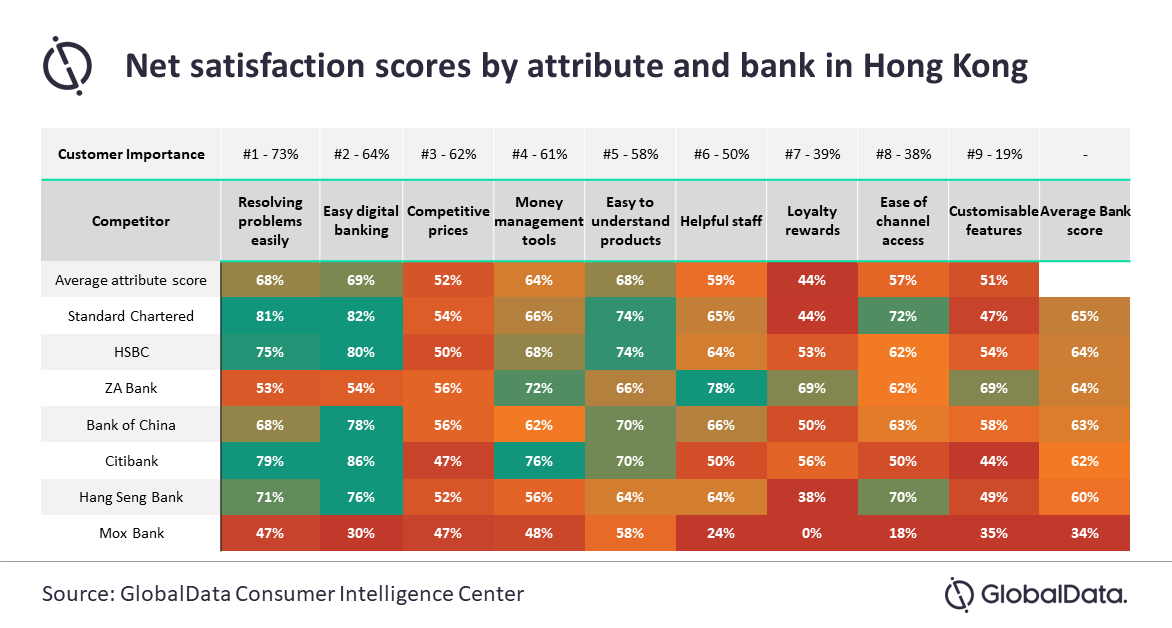 Mohammed Hasan, Retail Banking Analyst at GlobalData, comments: “With an average score across attributes of only 34%, Mox is significantly behind the next lowest placed provider, Hang Seng Bank. Such results suggest that whilst improvements in technology, decreasing regulation and readily available capital have made it easier than ever to enter the financial services and banking, the ability to launch a proposition that resonates with customers remains elusive for many.”

Current levels of preference for alternative providers such as digital banks, big tech, and fintech stands at 65% of all customers in Hong Kong and is set to grow as more and more challengers enter retail banking and customers become more familiar with their systems. However, the importance of trust and security to customers has made dislodging the primary account relationship difficult for digital challengers, as the report shows incumbents continue to outperform challengers across a range of attributes that are central to the banking experience.

Mr. Hasan concludes: “Net Promoter Scores (NPS) for banks in Hong Kong, however, do not have Mox ranking last, instead they rank third, behind Citibank and ZA Bank. This would suggest that whilst digital banks are somewhat struggling to launch compelling offerings, which can somewhat be explained by having a demanding digitally sophisticated customer base, they have a mission and brand that customers believe in and promote.

“Consequently, the forecasted performance of such challengers remains positive as long term they will naturally familiarize themselves with the retail banking landscape and launch products which are to the expectations of their customers.”