The US efforts to reduce its trade deficit through tariff measures seems to be less effective, as the deficit continues to grow over the past two years. Against this backdrop, re-establishing faith in fair trade is the way forward to avoid another global economic recession, says GlobalData, a leading data and analytics company.

The GlobalData Risk Index (GCRI) Q2 2019 update indicates a 0.19% increase in global risk in comparison to Q1 2019 update and risks associated to trade uncertainties appear to be one of the major decisive factors in increasing the global risks.

Jaison Davis, Economic Research Analyst at GlobalData, comments: “When the economic patriotism overshadows the fundamentals of fair trade, the engaging parties are bound to bear the consequences often in the form of demand and price uncertainties, which will have deeper impact on their agricultural, industry and services sectors.”

According to the US Census Bureau data, the US trade deficit witnessed a year-on-year (YoY) growth of 8.17% from January-July 2018 to January-July 2019, with no signs of slowing down for the rest of the year. 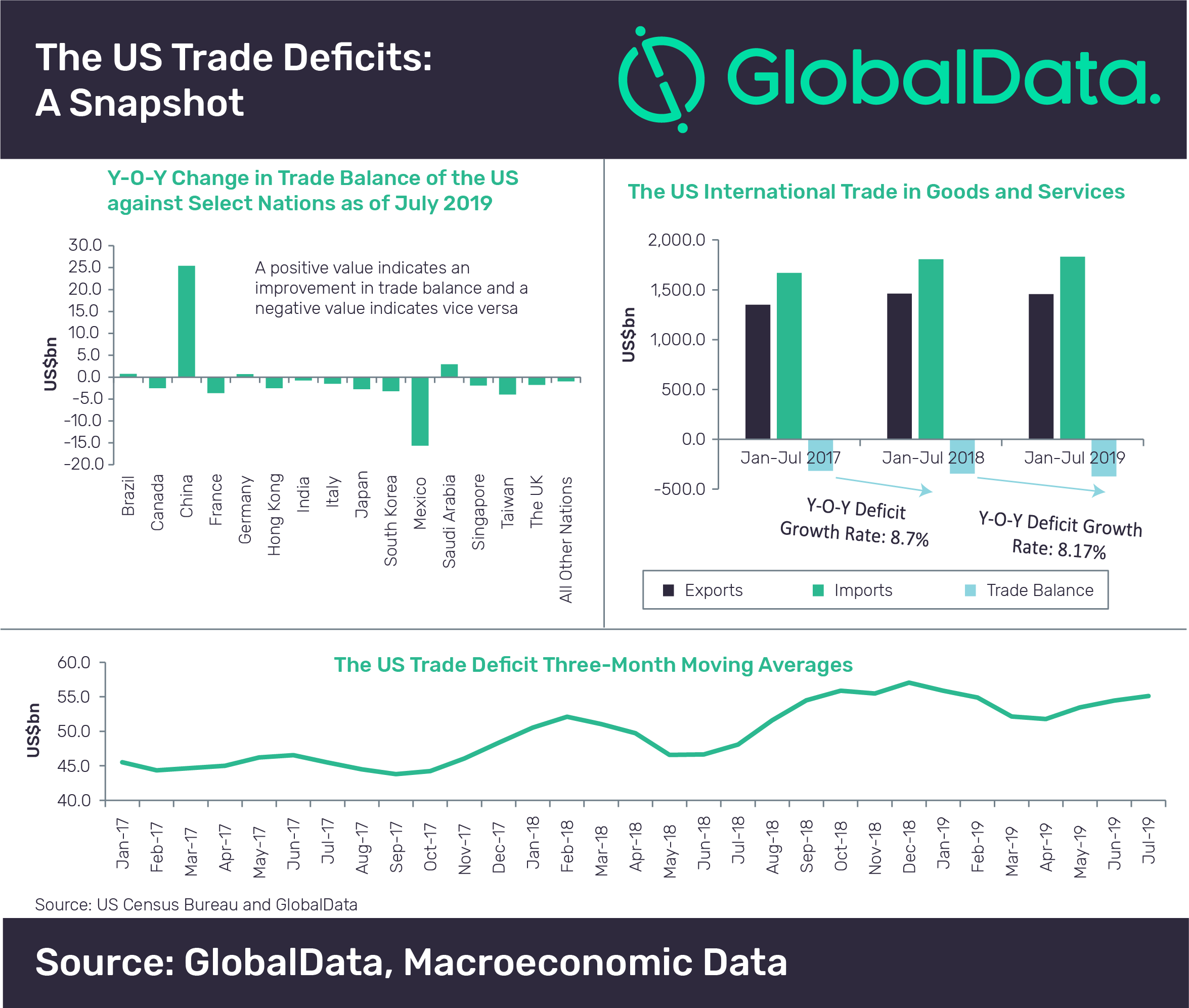 According to a bipartition advocacy group ‘Tariffs Hurt the Heartland’, the tariffs paid by the US rose by 21.43% over the previous month and by 240% over the previous year in June 2019 on the products subjected to new Trump administration tariffs.

A recent study by the National Foundation for American Policy indicates that the tariffs in effect and those scheduled to be in effect by the end of 2019 will cost the US households an average of US$2,031 per year.

Escalating tariff wars also affect the international trade; thereby adversely impacting the global economic growth as the benefits of more or less competitive free-trade washes way. Due to the prevailing trade uncertainties, the International Monetary Fund recently down reviewed its 2019 global economic growth projections to 3.2% in July 2019 from its earlier projection of 3.3% released in April 2019.

In the US, employment growth and manufacturing activities are slowing down over the past three months. The agricultural sector is also badly hit, forcing the Trump administration to announce an aid of around US$28bn till date since last year. For China, domestic consumption is slowing down and the country is struggling to expand its trade prospects. Similar trends are visible in the EU and across the major global economies.

Davis concludes: “Unless faith in fair trade is re-established, uncertainties will deepen the recessionary pressure on global economy in a short span of time, possibly within a year.”