Maggi, the flagship brand of Nestle in India, was hit by nationwide ban due to high lead content and use of excess MSG in 2015. This has not only impacted the sales but also the brand stature severely. Change in formulation, huge investments in marketing campaigns and launch of new variants helped the brand to bring its market share back to pre-crisis level in three years. Subsequently, Maggi is now trying to grow further and rise above its pre-crisis level by adding a new, US$100m-factory in western India, says GlobalData, a leading data and analytics company.

Priyanshu Rana, Consumer Analyst at GlobalData says: “Though Maggi has regained its lost share in 2018, it is aiming higher going forward to make up for the losses it incurred during the fiasco. It will also help Maggi to increase its reach to the consumers when the category ‘Dried & Instant Noodles’ is growing at significant rate of 20% in value as per GlobalData estimates.”

According to GlobalData, the value share of Maggi has dipped to less than half in 2015 due to ban, which quickly picked up in 2016 and continued to grow to its pre-crisis value in 2018. 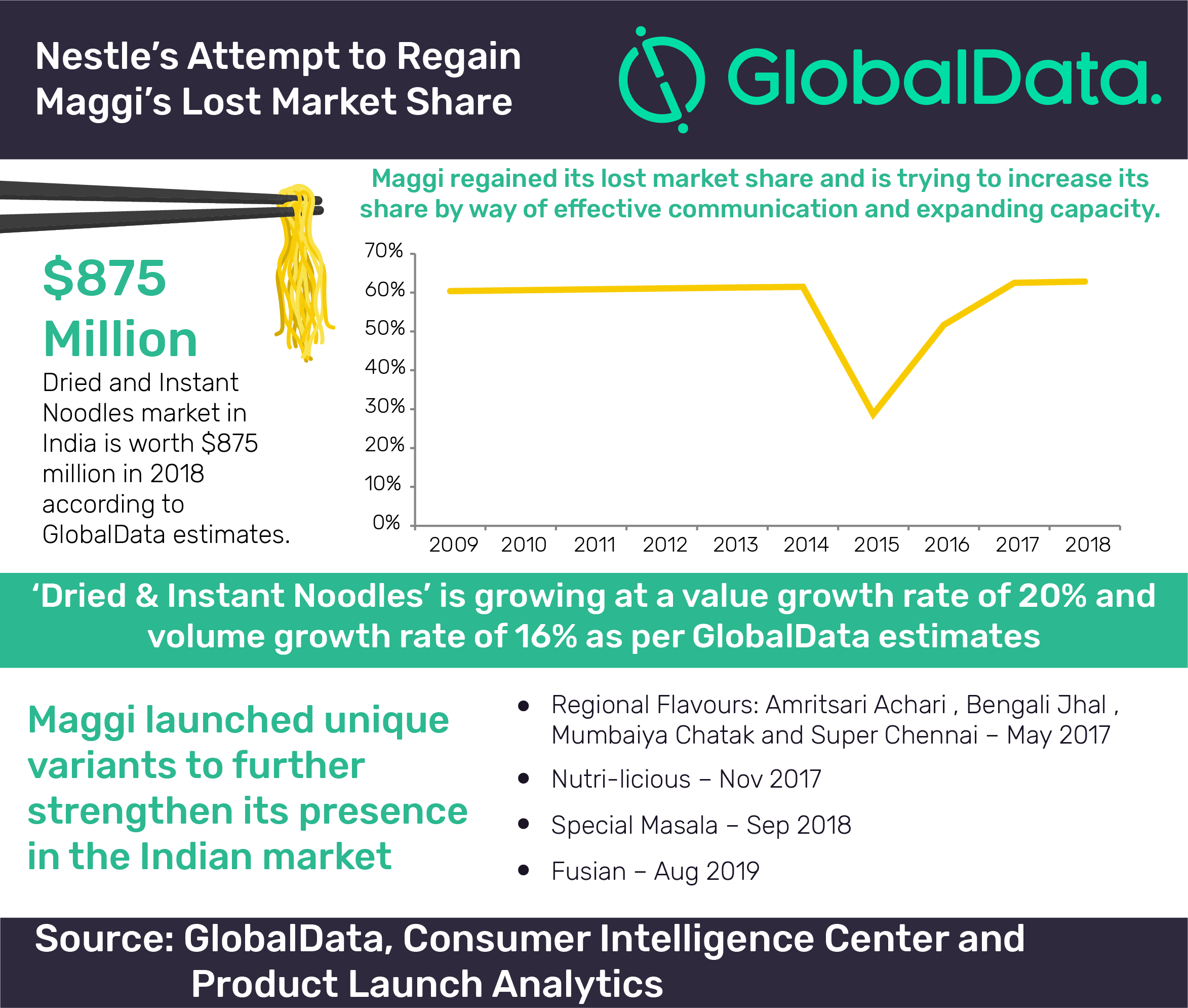 Maggi has launched new variants to cater to regional taste such as Amritsari Achari, Bengali Jhal, Mumbaiya Chatak and Super Chennai in 2017, and also Nutri-licious in the same year to target health conscious consumers as per ‘Product Launch Analytics’ by GlobalData.

Priyanshu concludes: “With Fusian range of variants launched in 2019, Maggi is aiming to tap young urban consumers who prefer to try new flavors and therefore were switching away from Maggi.”