As the COVID-19 pandemic forced millions of people to stay indoors, they started to find new ways to keep them entertained, which led to an increase in the demand for video games. Consequently, Nintendo saw a massive 300% surge in influencer conversations on Twitter between April and September 2020, according to GlobalData, a leading data and analytics company.

A major conversation spike was noticed in August, when the company reported 541% increase in its quarterly profit (April-June) over the previous year period led largely by the sales of 22.4 million units of latest ‘Animal Crossing: New Horizons’ game and directly accounted for the sales of 5.68 million Nintendo Switch consoles. 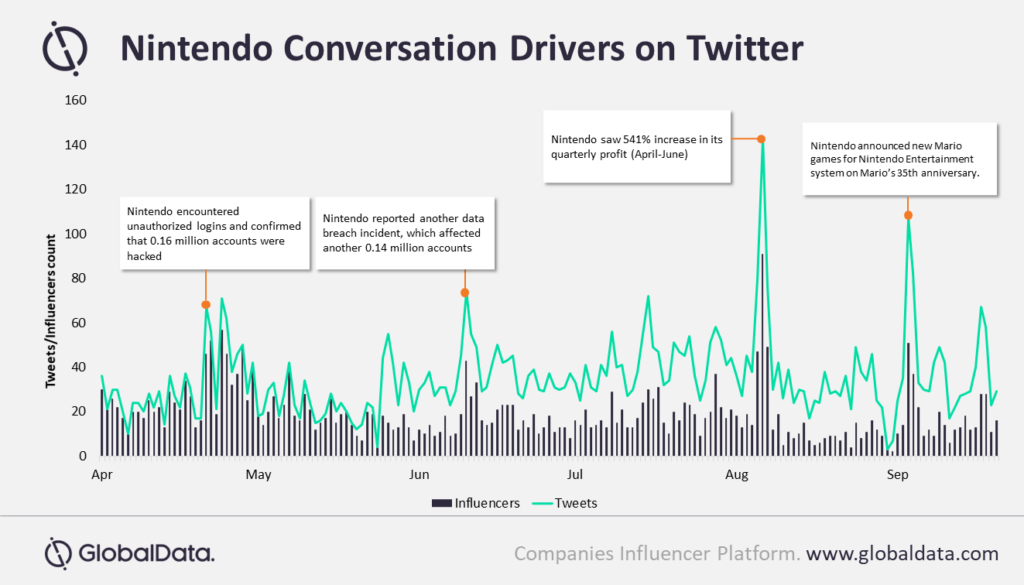 The timing of the launch of the game had a huge impact on the sales as it happened when several governments started imposing lockdown, forcing people to confine to homes to restrict the further spread of COVID-19.

Prashant Saxena, Influencer Expert at GlobalData, says: “The gaming industry saw a huge boost in sales in this pandemic as people around the world stayed connected through these entertainment services. Nintendo too saw an immense growth in Q2 results led by an increase in demand for its new game release, ‘Animal Crossing: New Horizons’ and Nintendo Switch during the lockdown period.”

While the demand for Nintendo’s Switch console and Animal Crossing game increased manifold, but security breach also emerged as a major threat for the company. In April, the company confirmed data breach for 160,000 accounts, which further mounted up to 300,000 till June 2020. In response, the company temporarily disabled user access for all these accounts through its Nintendo Network ID system.

Mr Saxena concludes: “With people still continuing to stay indoors and uncertainty around returning back to normalcy, gaming companies such as Nintendo will continue to benefit. However, these companies will also need a keep a close watch on the competition while ensuring data security.”