‘No Brexit’ is the preferred, but not the most likely outcome of Brexit for the Pharma industry

08 Aug 2018
‘No Brexit’ is the preferred, but not the most likely outcome of Brexit for the Pharma industry

Reversal of the referendum result is indicated as the best outcome of Brexit for the healthcare industry out of those surveyed in the pharmaceuticals industry, according to GlobalData, a leading data and analytics company.

The company’s latest report: ‘Brexit and the Healthcare Industry’ states that 48% of participants across the US, UK, and EU felt ‘No Brexit’ is the best outcome of Brexit, compared with only 6% of respondents who indicated it is the most likely outcome of Brexit.

Alexandra Annis, MS, Managing Pharma Analyst at GlobalData, says: “Participants indicated that reversal of the referendum result is the best outcome for the healthcare industry, with 48% selecting “No Brexit,” mirroring the proportion who voted “Remain” in the 2016 referendum. Overall, 48% of participants indicated that a “No deal” Brexit or Brexit with a deal with the EU is the best outcome, of which soft Brexit options were preferred, with the “Norway model” being the most selected option (17%).” 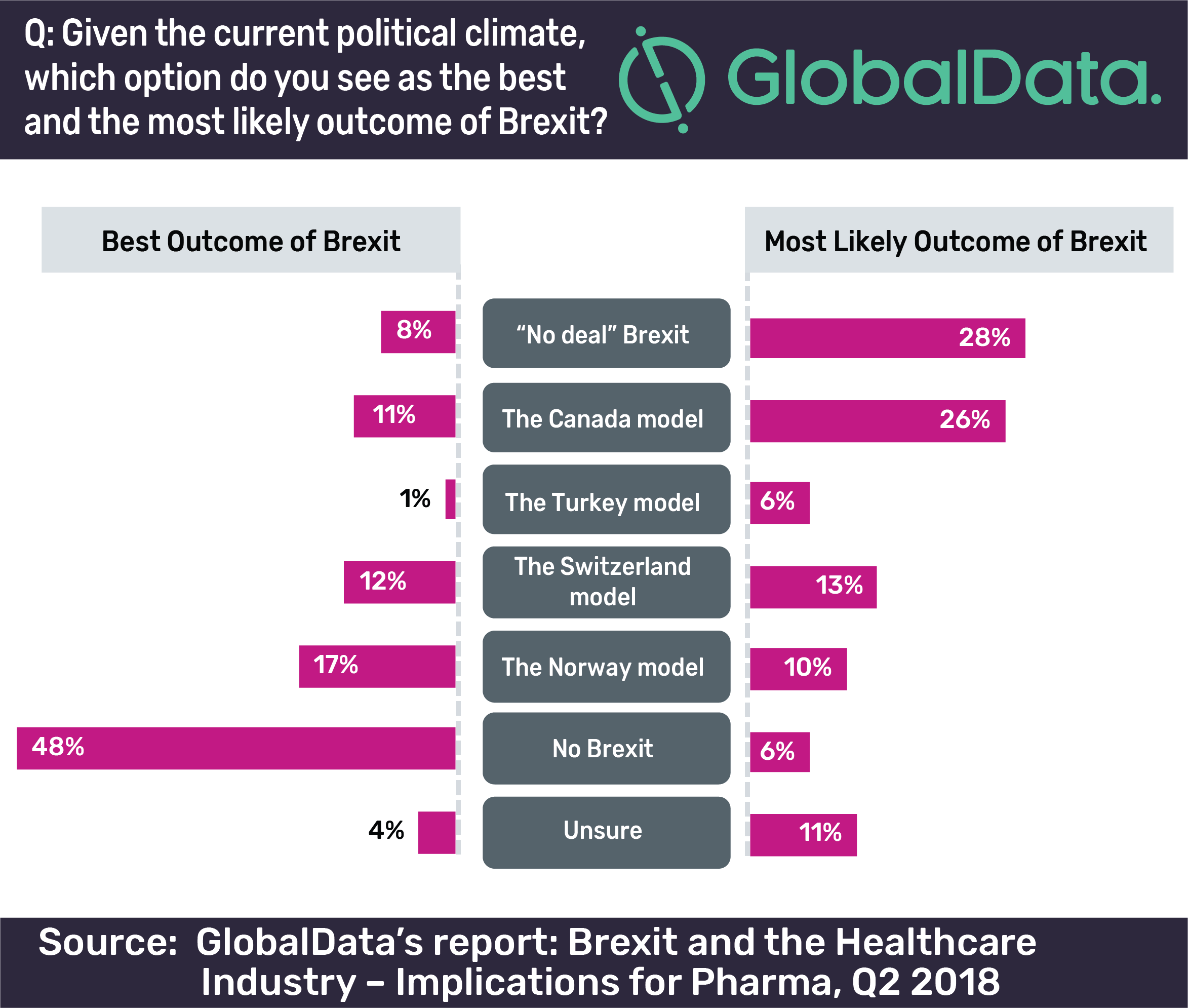 GlobalData’s report is based on a survey of participants in the pharmaceutical industry who were asked about the impact of Brexit on the healthcare sector, both within and outside of Britain, as well as their evolving sentiment towards Brexit. The report focuses on the answers provided by those from the US, UK, and EU, with the key objectives being to determine the most substantial impact of Brexit on research and manufacturing, corporate strategy, and relocation as well as to track the evolving sentiment of Brexit’s impact on the healthcare industry.

“The pharmaceuticals industry is one of the largest and most dynamic in the UK, and is a major contributor to the economy. As well as being the home to the pharmaceutical giants GlaxoSmithKline and AstraZeneca, many other leading international pharmaceuticals companies have sizeable operations in the UK. It is therefore of importance to the UK economy that British-based Pharma operations are able to continue thriving post-Brexit.”