January proved to be another tough month for retailers in the UK as the total retail spend index declined by 13.3 points versus December 2018, as clearance sales were not enough to entice consumers to spend significantly, especially given that many retailers had already started discounting before Christmas, according to GlobalData, a leading data and analytics company.

GlobalData’s present sentiment index fell to the lowest level since its introduction as economic uncertainty rumbles on and consumers feel less willing to spend on retail items. 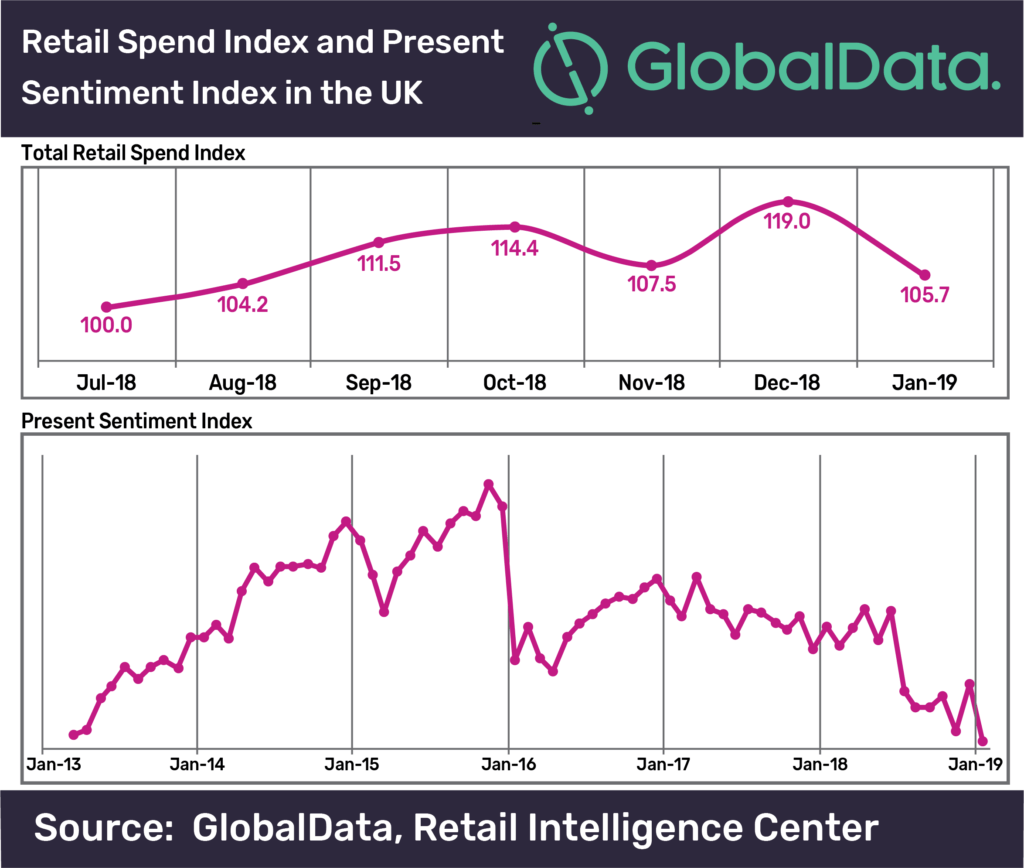 The company’s latest report: ‘UK Monthly Spend Tracker – January’ reveals that both online and instore spending suffered in January, dropping back to spending levels seen in the summer. The effects of heavy discounting throughout the final quarter of 2018 were heightened by consumers feeling financially uncertain as the Brexit deadline approaches with no agreement in place, and cash-strapped following increased spending in the lead-up to Christmas.

Emily Salter, Retail Analyst for GlobalData commented: “Although the online retail index fell more significantly than the instore retail index, this was not consistent across all sectors. In terms of clothing, instore spend declined the most versus December, as consumers increasingly prefer to shop for sale items online due to the comparative ease of browsing or searching for specific items, in contrast to often messy and uninspiring instore environments during markdown periods.”

The electricals sector had a particularly tough January, as many consumers had already purchased discounted items during the Black Friday period, or received an electricals item for Christmas so did not need to purchase additional items in January. With the exception of food & grocery, homeware was the best performing key sector despite still experiencing a fall in total spend index, as some consumers sought to refresh their homes in the New Year.

Salter concludes: “Looking ahead, consumers’ propensity to spend on non-essential items over the next few months is likely to decline as they feel even more negative about the economic outlook and their personal finances.”

*The survey data is taken from GlobalData Retail’s 2018 and 2019 monthly surveys of 2,000 respondents. The indexes are calculated by summing the monthly spend for all UK consumers surveyed (July 2018 = 100).