North America and Asia are expected to lead capacity growth in the global LNG liquefaction and regasification industries from planned and announced (new-build) projects, respectively between 2019 and 2023, according to GlobalData, a leading data and analytics company.

The company’s report ‘Global Planned LNG Industry Outlook to 2023 – Capacity and Capital Expenditure Outlook with Details of All Planned Terminals’ reveals that North America is expected to account for 74% of the total global new-build liquefaction capacity in 2023.

Ashwin Gupta, Oil & Gas Analyst at GlobalData, explains: “A total of 27 new-build LNG liquefaction projects are expected to start operations in North America during the outlook period. Of these, 13 represents the number of planned projects with identified development plans while the rest of the 14 represent announced, early-stage projects.” 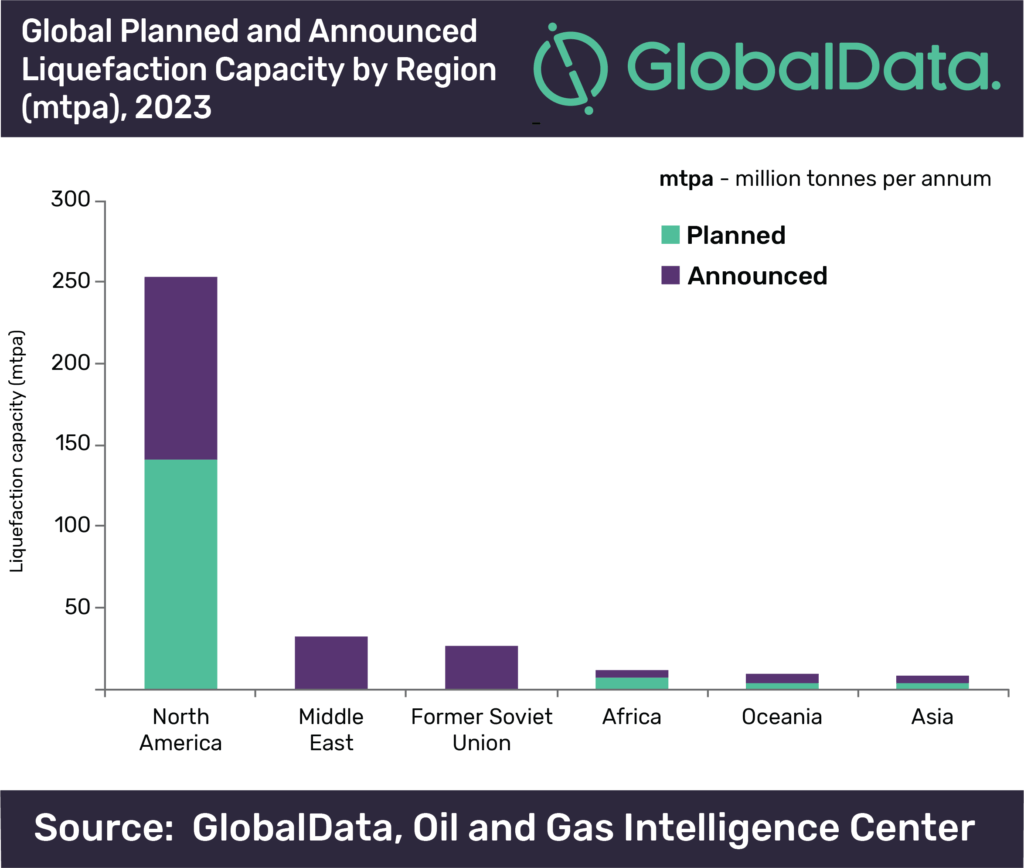 
On the regasification front, Asia leads globally in terms of capacity growth from planned and announced projects with 11.2 trillion cubic feet (tcf) of capacity expected to come online in 2023. The Middle East and Europe follow with capacities of 2.3 tcf and 2.1 tcf, respectively.

In terms of the largest liquefaction terminals in the outlook period by capacity, Qatar LNG terminal leads among all the terminals globally with a capacity of 32 mtpa. The announced terminal is expected to start operations in 2023.