North America experienced a dip in venture capital (VC) investments; however, the region continued to attract the highest number of investments and funding during the fourth quarter (Q4) of 2019, according to GlobalData, a leading data and analytics company.

Aurojyoti Bose, Lead Analyst at GlobalData, says: “The reasons for slowdown are growing investor cautiousness in the US on the backdrop of volatile trade relations with other countries and political uncertainty due to the impeachment trial of the US president and the upcoming presidential election.”

Despite the weak funding activity, North America has seen some notable deals during Q4 2019 including US$650m secured by Quibi Holdings, US$635m secured by Bright Health, and US$566.5m secured by Citizen Energy. 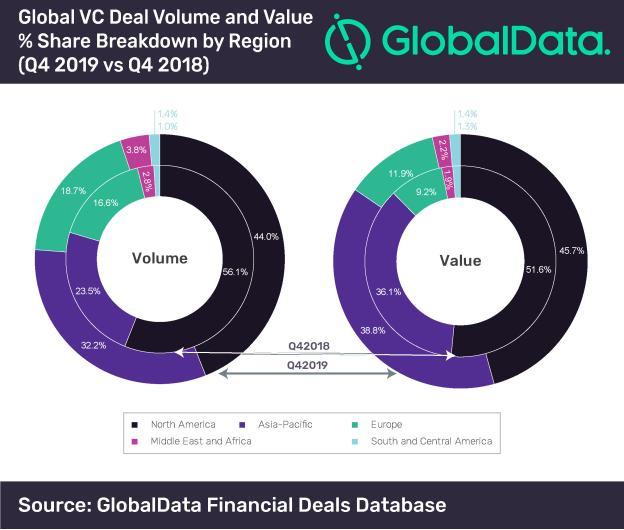