North America is expected to drive capacity growth in the global liquefied natural gas (LNG) liquefaction industry from planned and announced (new-build) projects between 2019 and 2023, contributing around 73% of global growth by 2023, according to GlobalData, a leading data and analytics company.

The company’s report, ‘Global LNG Liquefaction Industry Outlook to 2023 – Capacity and Capital Expenditure Outlook with Details of All Operating and Planned Liquefaction Terminals’, reveals that North America is expected to have a new-build liquefaction capacity of 243 million tonnes per annum (mtpa) by 2023. Announced projects account for most of the new-build capacity in the region. 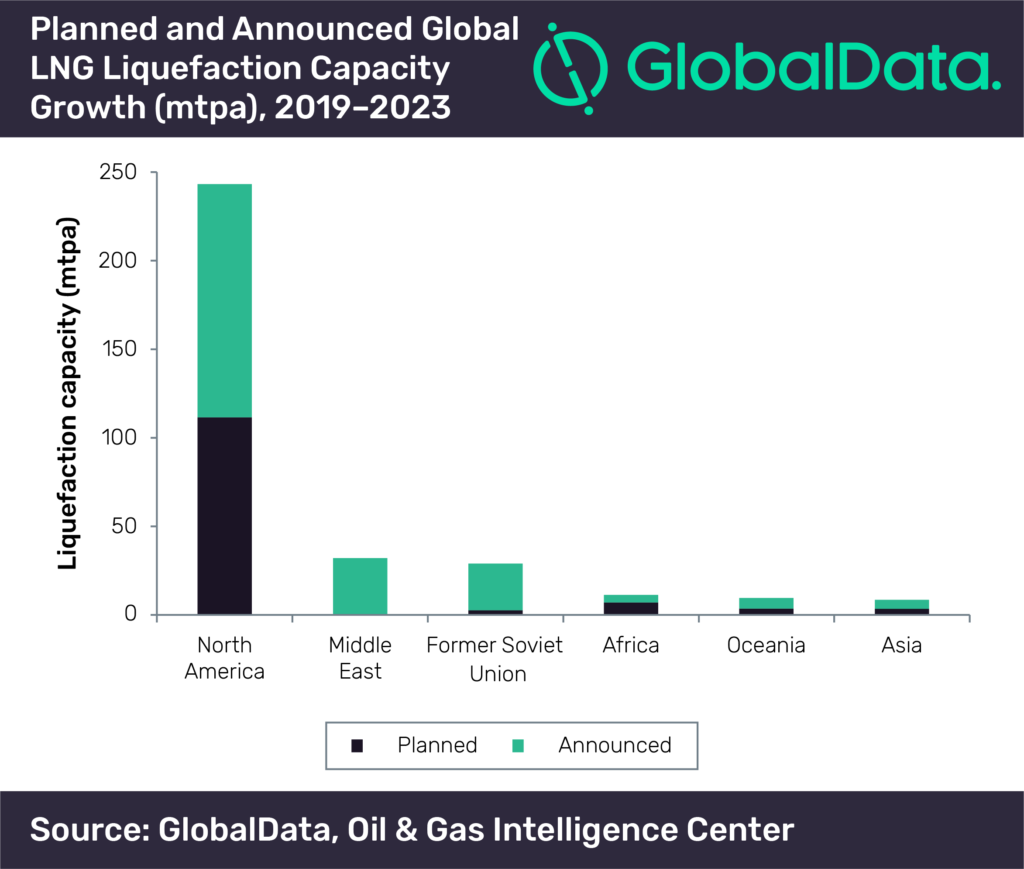 The Former Soviet Union stands third with new-build LNG liquefaction capacity of 29 mtpa by 2023. Russia accounts for all the capacity growth in the region with four projects.