North American vertebroplasty market to be slashed by over 50% 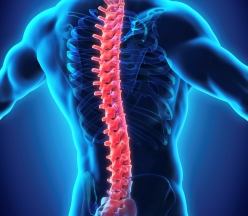 The North American vertebroplasty market, which covers Canada, Mexico, and the US, is set to see a steep decline from an estimated $72 million in 2016 to around $29.4 million by 2023, representing a negative compound annual growth rate (CAGR) of 12%, according to GlobalData, a recognized leader in providing business information and analytics.

The company’s latest report states that vertebroplasty was developed as a minimally invasive procedure that can be performed in an outpatient setting for the treatment of problematic spinal fractures. Adoption of the technique is highly variable as conclusive evidence demonstrating the procedure’s efficacy is not available. For this reason, many developed nations are experiencing declining rates of adoption in favor of the more innovative kyphoplasty procedure.

In contrast, usage of vertebroplasty in many developing markets is projected to increase through the forecast period due to its cheaper price tag. As explored in GlobalData’s report focusing on vertebroplasty in the Middle East and Africa, which covers Egypt, Israel, Saudi Arabia, South Africa, and the United Arab Emirates, market value in this region is set to rise from $4.1 million in 2016 to around $6.5 million by 2023, at a CAGR of 6.8%.

Jennifer Ryan, Healthcare Analyst for GlobalData, explains: “Despite vertebroplasty’s increasing popularity in developing markets, the possibility of cement leakage and corresponding damage to the surrounding spinal canal and nerves is a persisting drawback to the procedure. Novel devices including vertebral body stents and vertebral augmentation implants will pose a threat to the traditional procedures of vertebroplasty and kyphoplasty during the forecast period.”

Ryan continues: “These companies hold well-established orthopedic portfolios and enjoy wide-ranging distribution networks, which allow them to effectively cross-sell their VCF products. Several minor players also operate in regional markets, such as Cook Medical and Osseon, and domestic manufacturers of cheap copycat products are a threat in developing countries.”