The ankylosing spondylosis (AS) treatment landscape in India is moderately established with a few disease-modifying anti-rheumatic drugs (DMARDs) available from innovator companies along with biosimilars and generics. Among the innovator and biosimilar companies, Novartis and Cadila Healthcare are the only companies to offer support to AS patients through digital channels, finds GlobalData, a leading data and analytics company.

According to GlobalData’s ‘Pharmaceutical Intelligence Center’, the diagnosed prevalence of AS in India is currently around 1.65 million and is estimated to grow at an annual growth rate of 2.95% to reach 2.0 million in 2028.

Novartis’ secukinumab, which is marketed as Scapho in India for the treatment of moderate to severe plaque psoriasis, is currently being investigated in Phase III clinical trial for AS or non-radiographic axial SpondyloArthritis.

Venkat Kartheek Vale, Pharma Analyst at GlobalData, comments: “With several biosimilars available in the market, it remains a great challenge for both innovator and biosimilar companies to strengthen their presence and promote their products, but Novartis and Cadila Healthcare are differentiating themselves with their digital initiatives and promoting disease and treatment awareness, respectively, to help patients make better decisions.” 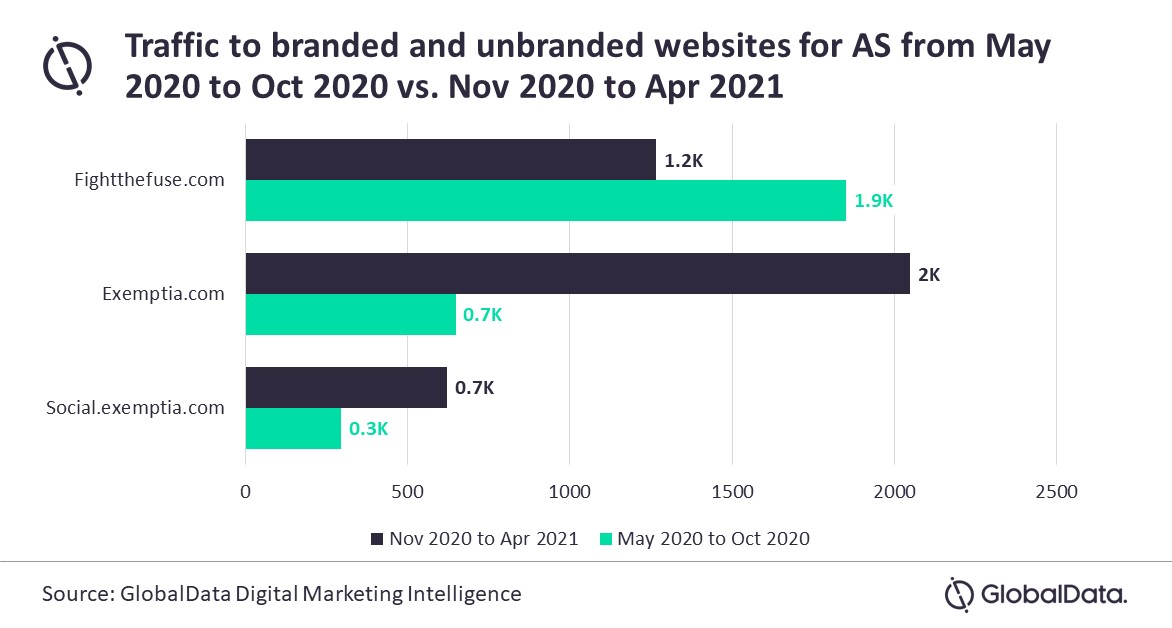 An analysis of traffic for websites over the last 12 months (May 2020 to October 2020 vs. November 2020 to April 2021) revealed inconsistent traffic to all websites. However, Novartis’ Fightthefuse.com received the highest traffic overall, followed by Cadila Healthcare’s Exemptia.com.

Taking a step further, Novartis India recently launched a campaign titled ‘This World AS Month, let’s celebrate Living AS Champions’, in collaboration with Ankylosing Spondylitis Welfare Society. As a part of this, Novartis launched videos of real-life stories of AS patients and organized webinars to enable patients to learn about AS from the doctors.

Mr. Vale concludes: “Musculoskeletal diseases like AS are often misunderstood as back pain and the growing incidence of this disease in the Indian population indicates the need for disease awareness. The unbranded initiatives by Novartis rightly target this segment of patients by offering a lot of helpful information and resources to learn and deal with AS. Adoption of similar strategies by other companies will increase the chances of bringing more patients to treatment and provides scope for overall market growth.”