Outbound traveller departures from Russia to reach 50.2 million by 2023

After years of uncertainty due to economic instability, the number of outbound travellers departing from Russia is set to increase overall by 10.4% by 2023 from 45.3 million in 2018 to 50.2 million in 2023, says GlobalData, a leading data and analytics company.

GlobalData’s latest report: ‘Tourism Source Market Insight: Russia’ reveals that with improved accessibility, bilateral ties and the changing traveler mind-set, international departures from Russia are growing after a compound annual rate of change (CARC) within previous years rather than an increase. 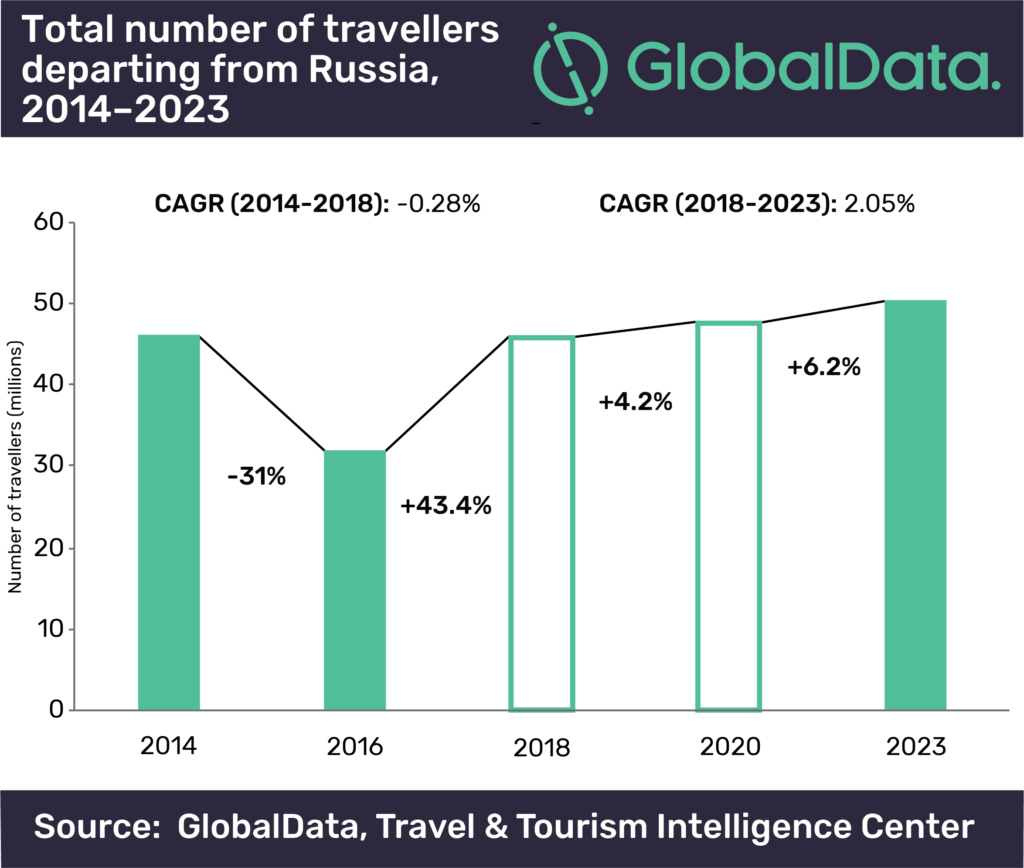 Domestic travel still largely outweighs outbound trips for Russian travellers as destinations can be more accessible, affordable and travel is more efficient when travelling within your own country.

Johanna Bonhill-Smith, Travel & Tourism Analyst at GlobalData, comments: “Previous terror attacks and events within Turkey and Egypt hugely influenced outbound traveller patterns with tour operators banned to these respective destinations. Government bodies took this as an opportunity to spur domestic travel however since then, improved accessibility and bilateral ties have spurred growth within outbound travel.”

The changing mind-set of the avid traveller has spurred interests in common niche forms of tourism, boosting the traveller to venture further and wider afield.

Bonhill-Smith explains: “After years of oppression, Russian travellers are now more focused on their social well-being and overall health. This has spurred travel for ‘health and wellness’ purposes, which is now a key market for Russian traveller flows, presenting opportunities for Destination Management Organizations and local tourism authorities.”

Within GlobalData’s Q4 2018 consumer survey on Russian travellers, it was found that the majority of the Russian Federation wish to take a holiday either domestically or outbound in 2019.

Bonhill-Smith concludes: “To fully benefit from integrating Russian travellers into market strategies it should be noted that 62% of Russian millennials are likely to travel abroad in 2019, searching for budget deals and top-class experiences. Whilst those aged 55-64 do not have any holiday plans for this year, presenting further marketing opportunity as a high spending and flexible traveller segment.”