Over a quarter of shoppers have either begun stockpiling or plan to stockpile ahead of Brexit, according to GlobalData’s latest monthly retail tracker, showing that consumers are taking the possibility of a no-deal Brexit increasingly seriously.

Thomas Brereton, Retail Analyst for GlobalData, comments: “Two-thirds of all shoppers believe that the price of their usual food and grocery shop will rise notably, and just over 10% of people claim they are already stockpiling products. 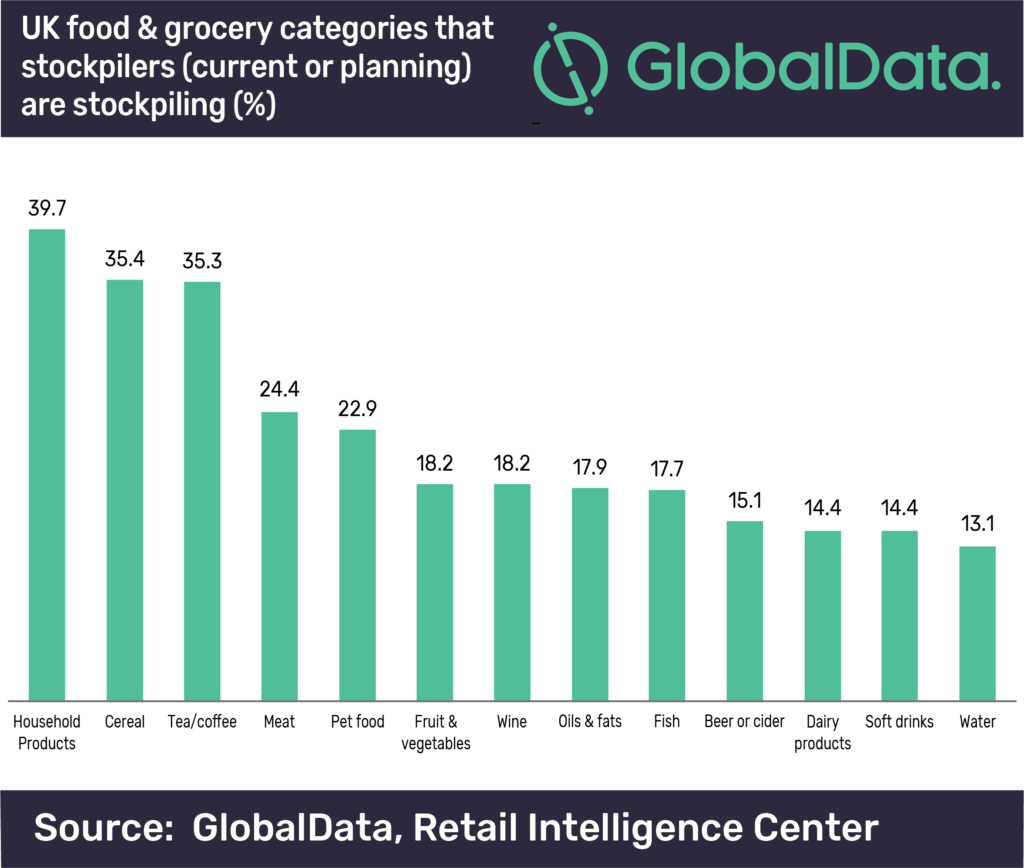 “Shoppers are either stockpiling or planning to stockpile a wider range of food categories than the predictable cupboard staples such as household products and cereals, with tinned fruit and vegetables proving a popular category, as well as tinned meat products. It is the fear of price increases rather than shortages that is the biggest driver – with 60% of stockpilers doing so because of a belief of higher prices post-Brexit, and 52% doing so in anticipation of product shortages.”

The cloud of uncertainty that Brexit is creating is also filtering through to other areas beyond food, in particular health, with 41% gathering over the counter medicines in preparation for a lack of availability.

Brereton adds: “There has simply not been enough information provided by the government on how food prices, availability and regulations will be affected in the event of a no-deal Brexit. The just-in-time supply chain that UK supermarkets operate on means that there is not the specialist infrastructure in place to deal with stockpiling – particularly of fresh goods – and it is important that the Government provides clarity on the situation as quickly as possible to reassure shoppers.”