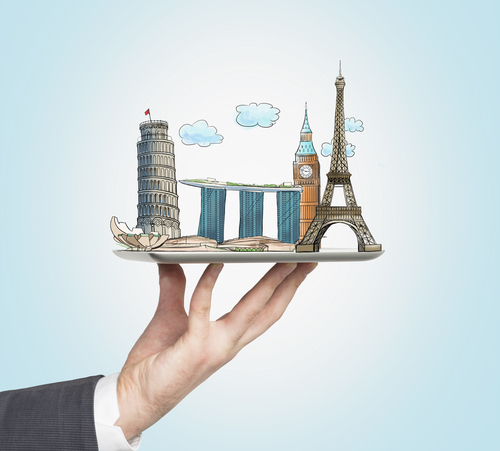 Paris would be the most ideal location for businesses leaving London following the imminent triggering of Article 50 and the UK’s subsequent exit from the single market. The French capital offers more advantages than its three major competitors, Dublin, Frankfurt and Amsterdam, according to GlobalData, a recognized leader in providing business information and analytics.

The company’s latest report states that Paris excels in a number of categories, offering a huge social attraction, Europe’s second busiest airport, and over four times the amount of available office space for immediate use than Amsterdam, Dublin and Frankfurt combined.

Sean Hyett, Associate Analyst for GlobalData Cities, explains: “Paris stands out not only because it is replete with office space, but also because it ranks far above its competition in terms of its social characteristics. While London’s cultural pull is partially why it has thrived for so long, the French capital offers a population larger than its three competitors combined along with all the social luxuries workers would require for a high quality of life in the city.”

Businesses from all sectors desire a coherent regulatory system allowing them to operate with relative freedom. This is particularly true in the financial sector, which has faced fierce scrutiny and regulation since the 2008 crisis, so a business environment allowing companies to operate with ease and avoid unnecessary expense will be more attractive to firms. In this respect, Dublin has the competitive edge, with a regulatory system similar to the UK’s and the lowest corporate tax rate in Europe.

Hyett continues: “Despite Dublin’s preferable tax rates and advantage over other cities due to its English-speaking population, Paris appears to be the favourite city to attract financial firms out of London following Brexit. It has by far the largest economy out of the other four potential cities, and produces the largest output from financial intermediation and real estate, both in absolute terms and relative to the size of the economy.

“However, the city falls down when it comes to its stringent regulatory systems, an area which explains why Paris has never rivalled London historically as a financial centre, and why Frankfurt has developed as a key financial hub. Indeed, all four cities offer benefits to attract businesses, but none excel in all aspects. For this reason, GlobalData predicts that while Paris is a strong rival, London is unlikely to lose its status as the financial heart of Europe in a post-Brexit environment.”