Africa and the Middle East (AME) pay-TV household penetration is expected to outpace all other major regions between 2017 and 2022, increasing from 16% in 2017 to 23.2% in 2022, according to GlobalData, a leading data and analytics company.

According to GlobalData’s report: ‘Pay-TV Market Trends and Opportunities in Africa & the Middle East’ the AME’s pay-TV market is relatively underdeveloped but is growing rapidly and its pay-TV penetration in 2017 fell substantially below the global average of 54.4%. 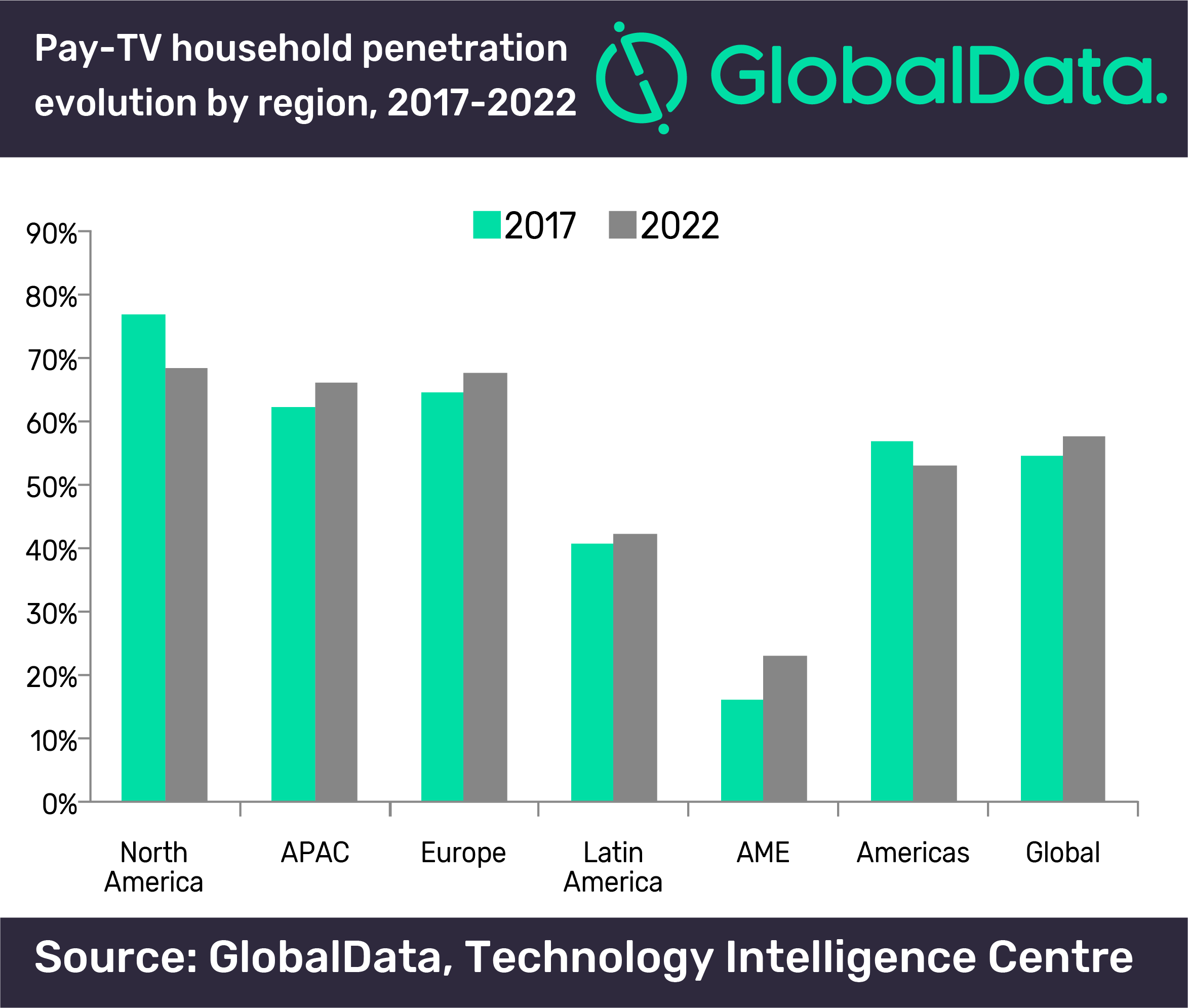 Jonathan Bachrach, Technology Analyst at GlobalData, comments: “The AME market consists of extreme heterogeneous pay-TV penetration levels. For instance, the UAE and Egypt have polar opposite pay-TV household penetration levels of around 88.4% and 2.5%, respectively.

“However, we are witnessing strong overall growth in the AME due to the expanding content portfolios, tailored to local audiences. An effective blend of exclusive sport broadcasting, regional and international content in various genres with multiple languages such as Arabic, English and French, help pay-TV providers gain subscribers and remain competitive in AME.”

One of the biggest challenges facing pay-TV operators in AME is piracy, as the proliferation of illegal set-top boxes (STB) and decoders continue to negatively impact pay-TV operator’s revenues. Anti-piracy initiatives are vital to protect operator investments in premium broadcasting content and revenue streams. To counter the impact of piracy, pay-TV players can partner with government authorities to curtail the distribution of illegal content. Despite this challenge, the pay-TV segment in the AME region is still in its infancy and there is ample opportunity for growth.