Petrobras must play its part to invest in other less capital-intensive sustainability efforts to reduce emission, says GlobalData

14 Apr 2021
Petrobras must play its part to invest in other less capital-intensive sustainability efforts to reduce emission, says GlobalData

Despite a global effort in energy transition, Petrobras has expressed no interest to pivot into renewable energy due to lack of expertise. As a leader in Brazil, it must play its part to invest in other less capital-intensive sustainability efforts to reduce emission, says GlobalData, a leading data and analytics company.

The company laid out a comprehensive goal in reducing total operational emission by 25% by 2030. Its sustainability efforts include launching ten commitments to minimise GHG emission, increasing carbon capture and water reutilization, continuing to invest in reducing scope 3 emissions and finding new energy alternatives.

Petrobras has proved a successful track record in reducing carbon intensity since 2017. The majority of the carbon emission originates from the company’s downstream refinery. Some of its main efforts that drives the reduction of emissions in exploration and production and refinery is through reduction of flaring, improving energy transfer efficiency and introduction of carbon reinjection technology. 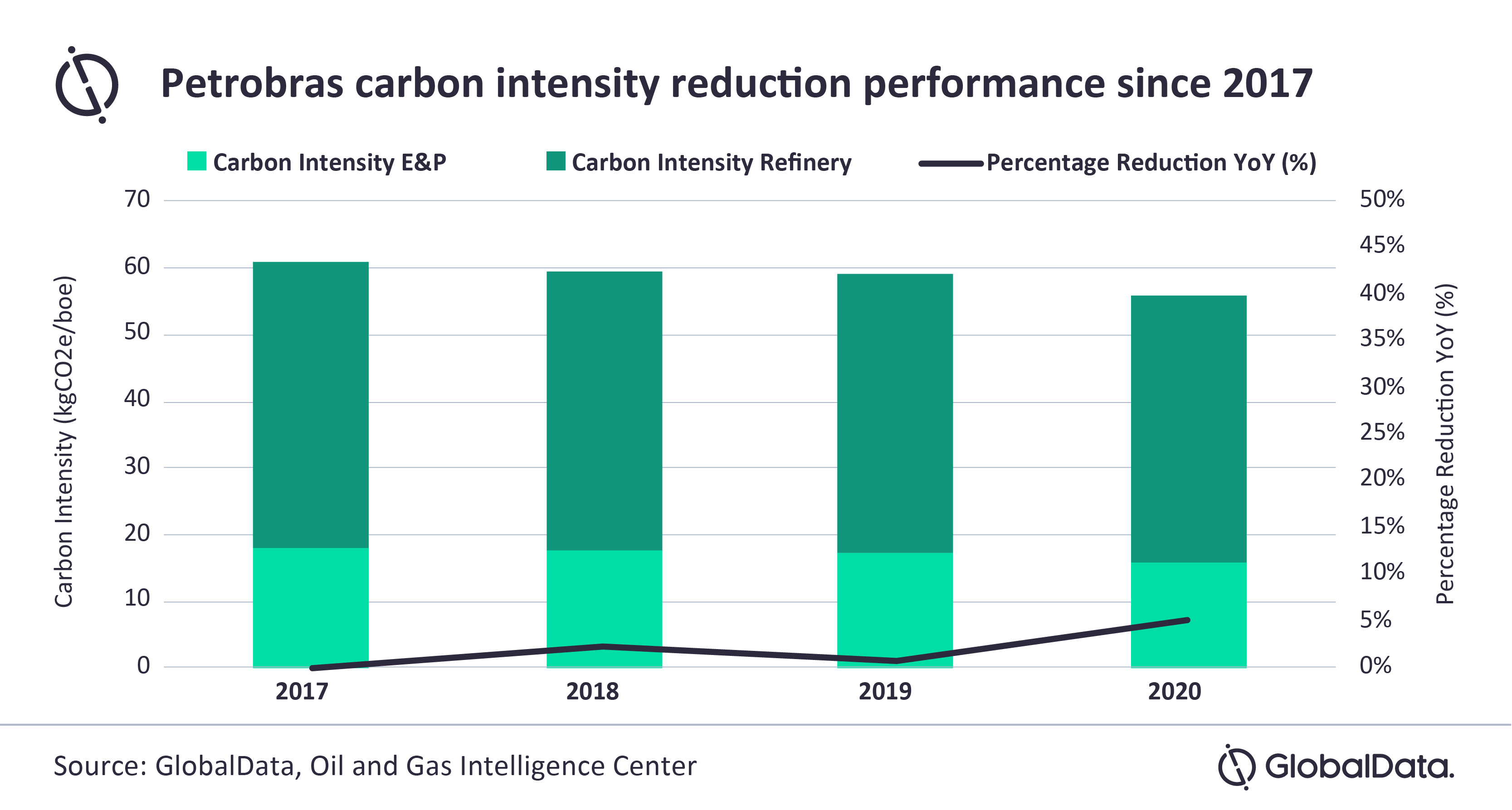 Steven Ho, Upstream Oil & Gas Analyst at GlobalData, comments: “Petrobras very much remains bullish in global demand for oil and gas, along with many of its US counterparts. During rosy times, the company invested heavily in many oil and gas fields, resulting in a substantial load of debt. Therefore, the company’s current priority is to leverage on its expertise and increase production from its core assets such as Buzios pre-salt field, while reducing its operational cost to be able to sustain through a lower Brent price given the current volatility.”

Petrobras also plans to ramp up its natural gas production and in further term become a net exporter. The company recently entered a partnership with Golar Power for the development of an LNG distribution business, which displays its intention to expand into the LNG fuel domestic market. Besides that, the company also plans to diversify into LNG liquefaction plant in 2025, which may be the company’s first LNG export-related plan in the future. Petrobras’ effort to incorporate more natural gas and LNG into its production mix will indirectly support its sustainability effort due to the nature of the cleaner fuel which has lower carbon emission.

Steven continues: “Renewable energy projects are capital-intensive and may have longer pay out and are, therefore, deemed unsuited in Petrobras’ vision given its effort to conserve cash to repay debt in the shortest time possible. In fact, the company has recently divested of a wind farm, Eolica Mangue Seco 2. Therefore, the company has to rely heavily on its current initiative to reduce flaring and carbon capture projects to ultimately achieve its sustainability commitments.”