The pharma manufacturing in the three Southern Indian states of Karnataka, Tamil Nadu and Kerala, and Goa (Western India) has a high merger and acquisition (M&A) potential, given that 75% of pharma facilities in these states belong to companies with a single site in the region, says GlobalData, a leading data and analytics company. 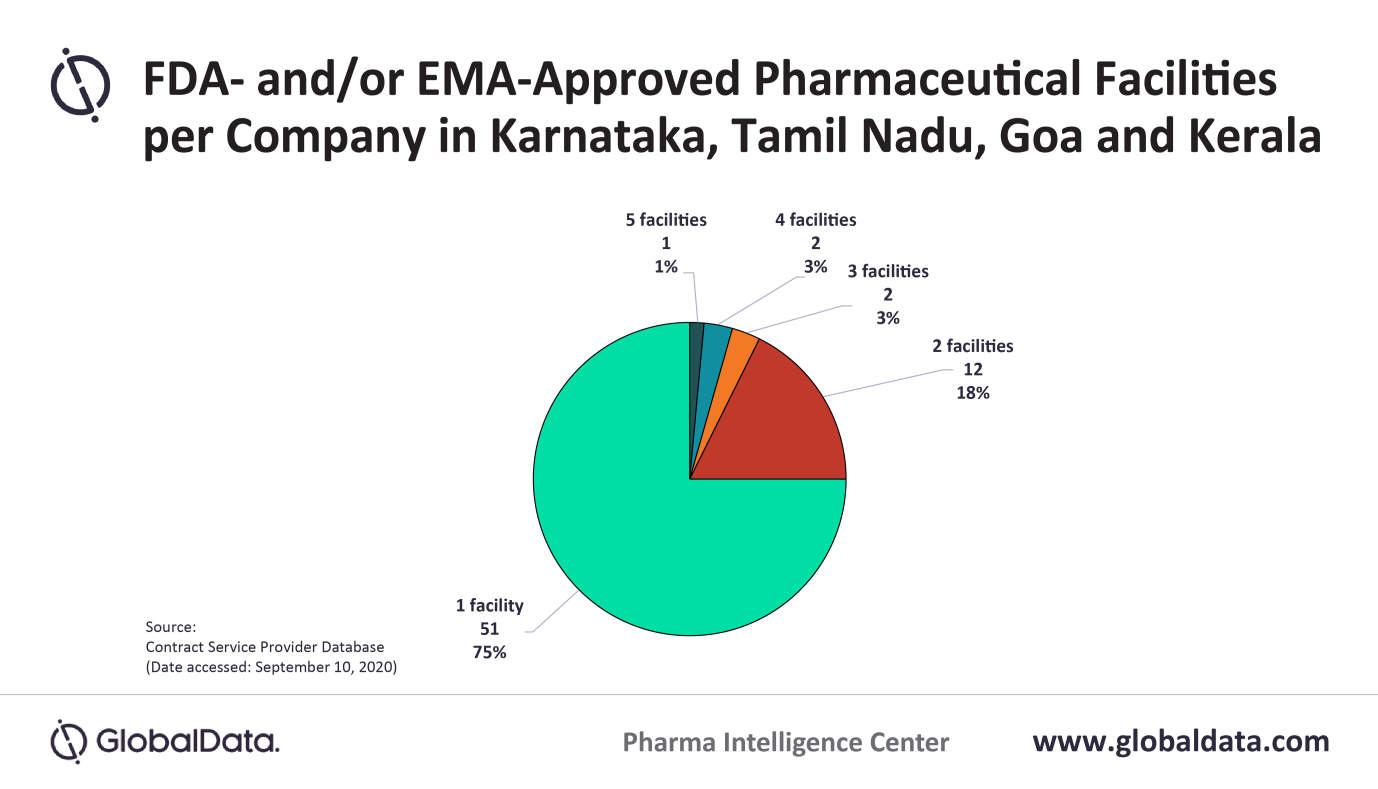 Adam Bradbury, PharmSource Analyst at GlobalData, comments: “Karnataka has one of the fastest growing pharmaceutical sectors in India: approximately 40% of the state’s pharma production is exported overseas. The state is an emerging pharma powerhouse, particularly its city of Bangalore, and its success is largely driven by its biologics production.”

The majority of sites in these states offer small molecule manufacturing; however, active pharmaceutical ingredient (API) biologics (protein and peptide) manufacturing for the US and EU is also offered at five facilities at Karnataka (clustered around Bangalore) and at one facility in Goa.

Most facilities in these regions are both FDA-approved and EMA-approved (35 facilities). There are more than twice as many facilities approved only by the FDA as those that are only EMA-approved. This shows the region’s diversified reliance on US and EU sales.

Bradbury concludes: “There is a substantial number of pharma sites without FDA or EMA approval in Tamil Nadu (39 sites), Karnataka (37 sites), Goa (10 sites) and Kerala (5 sites). This diversification shields the region’s captive and contract manufacturing industry against an impact to a single particular market, such as an increase in protectionist policies.”