Susceptibility to natural calamities combined with the government’s push towards infrastructural investments and related insurance coverage is expected to drive the general insurance market in the Philippines from PHP76.6bn (US$1.5bn) in 2017 to PHP112.1bn (US$2.0bn) in 2022, according to GlobalData, a leading data and analytics company.

GlobalData’s report, ‘Strategic Market Intelligence: General Insurance in the Philippines – Key Trends and Opportunities to 2022’, reveals that the gross written premium in the Philippines’ general insurance market registered a compound annual growth rate (CAGR) of 10.7% between 2013 and 2017. Motor, Property and MAT insurance together accounted for more than 75% share in 2017. 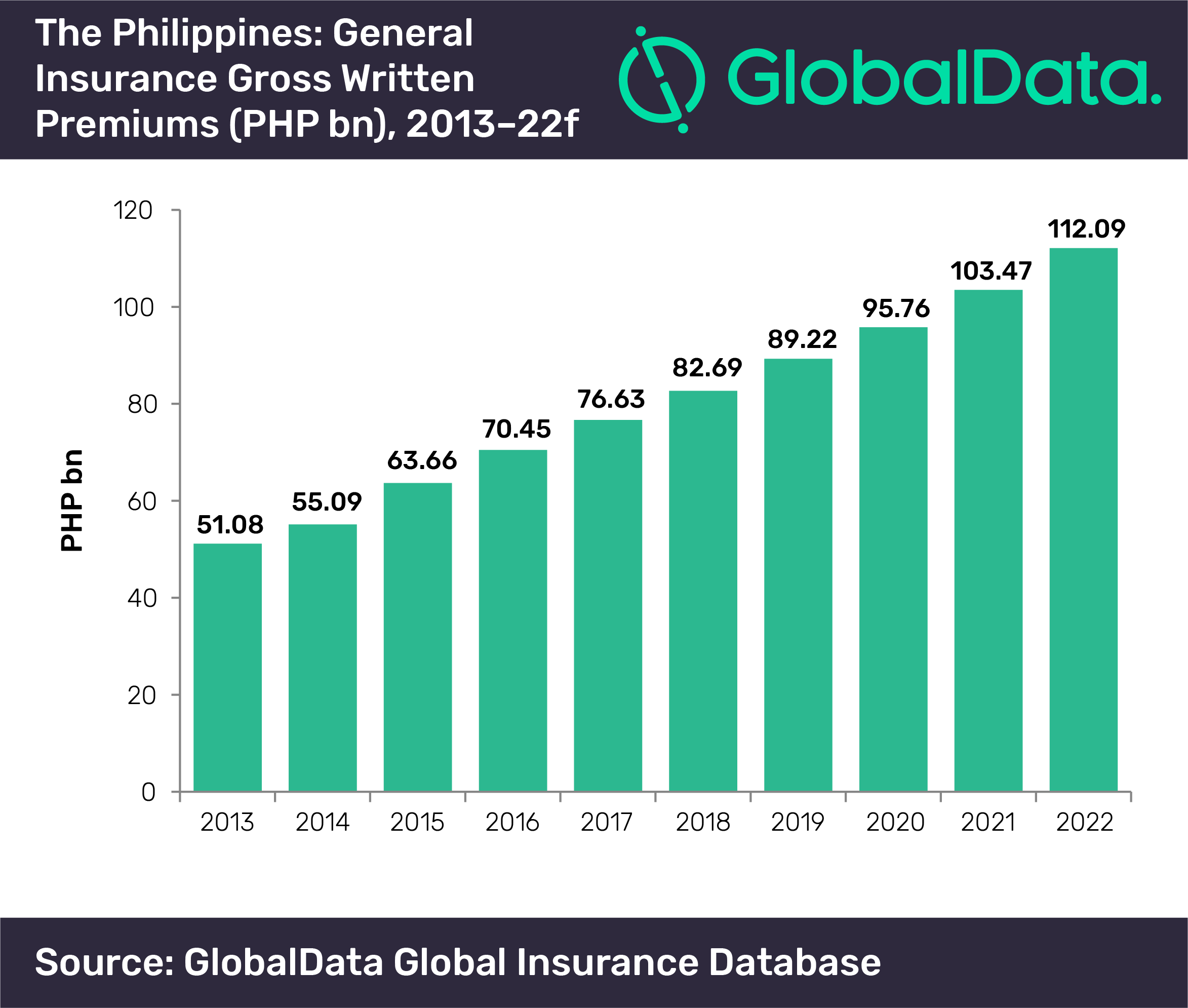 Pratyusha Mekala, Senior Insurance Analyst at GlobalData, comments: “The Government spending has a key role to play in the expansion of the general insurance business; both, in expanding the aggregate demand and procuring insurance coverage against natural calamities.”

The Philippines is among the world’s most vulnerable countries to natural disasters. According to the World Bank, the country faces an average PHP184.7bn (US$3.5bn) of asset losses annually due to typhoons and earthquakes.

The government renewed its parametric insurance policy for coverage of PHP20.5bn (US$391m) in 2018. This was double the previous year’s coverage and signifies the rising policy-level importance to insurance in safeguarding assets.

According to GlobalData, the general insurance penetration (measured as a percentage of GDP) at 0.48% in 2017 is very low in the Philippines compared to the average of developed markets (3.28%). Even emerging markets have a higher average during the same period (1.30%).

Besides conventional insurance lines, the Philippines has a rising micro-insurance market that helps in expanding its coverage to lower-income households. The trend shows that it is among the fastest growing segments. As per GlobalData, the gross written premiums based on microinsurance registered a CAGR of 33.2% during 2013-2017.

Mekala continues: “One of the key trends to be observed is the gradual adoption of technology across the value chain, which is playing a vital role in expanding the insurance reach.”

For instance, Insurtech firm Saphron is deploying technologies such as artificial intelligence and real time data analytics for insurance underwriting and customer services.

Mekala concludes: “Product innovations in technology, rising microinsurance market as well as the enhanced investment expenditure through government spending are expected to enable an expansion in the Philippines general insurance business.”