Over the years, genetically modified organism (GMO) crops have faced considerable resistance from the farming community in Asia. However, the scenario may soon change with the Philippines government gearing up for the commercial production of GMO ‘Golden Rice’ in an effort to stem vitamin A deficiency (VAD) diseases. Subsequently, this step can lead to a new age of GMO food revolution in Asia, says GlobalData, a leading data and analytics company.

Though the GMO golden rice is approved by the US, Canadian and Australian authorities, the Philippines is the first country to approve its commercial farming. In July 2021, the government issued a biosafety permit, officially declaring the golden rice as safe as ordinary rice.

VAD, a leading global cause of child blindness, weak immunity and mortality, affects about 17% of preschoolers in the Philippines. Additionally, rice is the staple food in the country, with total consumption pegged at 5,985 million kilograms in 2020. In line with this, most Filipino respondents in GlobalData’s Q2 2021 consumer survey affirmed that they buy rice in large portions. or purchase it more frequently*. 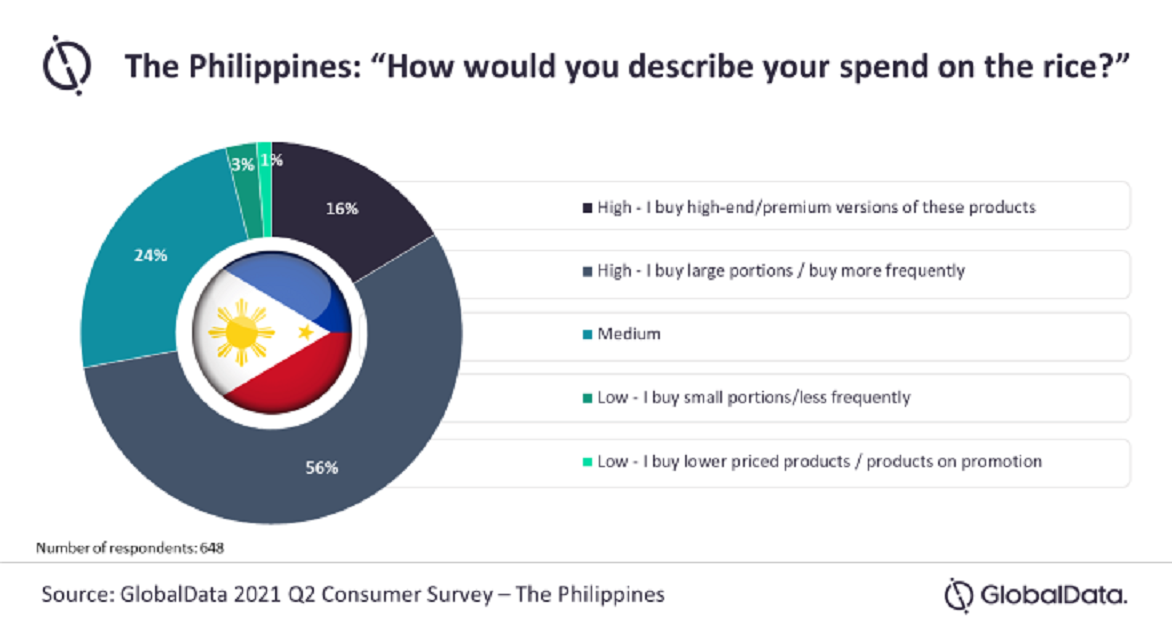 Owing to these two factors the Philippines Department of Agriculture-Philippine Rice Research Institute (DA-PhilRice) worked with the domestic agro-research institution, International Rice Research Institute (IRRI), to develop the golden rice plant. The new rice strain naturally produces more beta carotene, a substance that the human body can convert into Vitamin A. The red-orange pigment of beta carotene endows the rice grains with its characteristic golden hue.

The IRRI claims that a single cup of golden rice can deliver about half of the estimated average requirement (EAR) of Vitamin A. Thus, the fortified rice can be a life-saving intervention against VAD in Asian countries where a sizable section of the population who live below the poverty line subsist mostly on rice. However, there is no scientific study proving that the beta carotene in the rice can be fully assimilated by the human body.

Moreover, given the controversies pertaining to GMO crops from Monsanto and Syngenta, GMO golden rice can face resistance from Filipino farmers who fear that it will make them dependent on private corporations for seeds. The golden rice had already met with resistance from Bangladeshi farmers in early 2019.

Bobby Verghese, Consumer Analyst at GlobalData, comments: “Now, it remains to be seen whether consumers who are accustomed to the color and flavor of white rice will accept the new golden rice. Moreover, as the golden rice is intended for the low-income households, product pricing and subsidies will play a critical role in driving adoption.”

“The success of the program in the Philippines can pave the way for the GMO golden rice makers to foray into Bangladesh, China, India, and other Asian countries with high VAD prevalence. This can open the gates for more GMO foods brands into the burgeoning Asia-Pacific (APAC) food industry.”