The total mobile services revenue in the Philippines is set to increase at a compounded annual growth rate (CAGR) of 5.6% from US$4.1bn in 2021 to US$5.4bn in 2026, mainly due to the rising adoption of mobile data services, according to GlobalData, a leading data and analytics company.

According to Global Data’s Philippines Mobile Broadband Forecast Pack, mobile data revenue will grow at the fastest CAGR of 6.6% between 2021 and 2026, due to growing 4G subscriptions and the planned rollout of 5G services. Mobile voice revenues will increase at a relatively slow CAGR of 3.2% over the same period as voice (average revenue per user) ARPU decreases further. 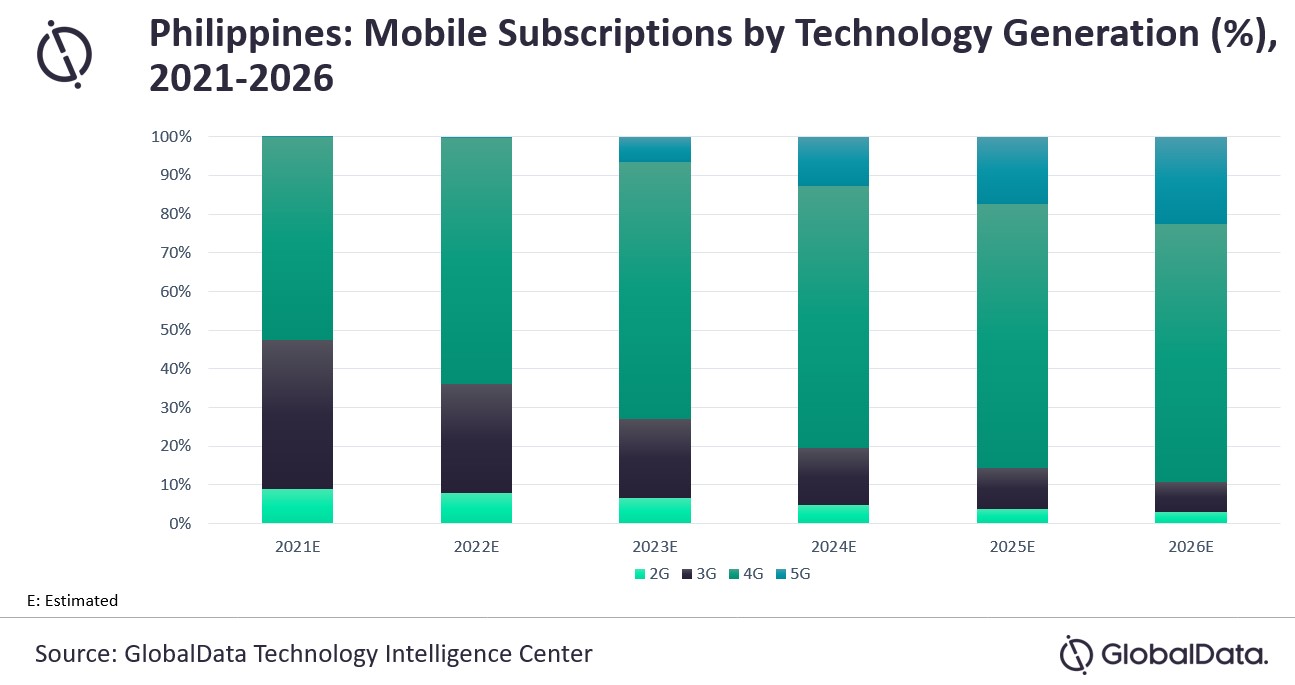 The average monthly mobile data usage is forecast to increase from 3.7 GB in 2021 to about 4.8 GB in 2026, driven by the growing consumption of high-bandwidth online video services and social media content over smartphones.

Harika Damidi, Telecom Analyst at GlobalData, says: “4G subscriptions will surpass 3G in 2021, driven by the ongoing 4G/LTE network expansions and increase in the availability of 4G-enabled smartphones. 5G services, on the other hand, will account for 22.5% share of the total mobile subscriptions by 2026 end.

The Philippines mobile communications market has been a virtual duopoly until recently, with Globe and PLDT as major service providers. Dito Telecommunity (Dito), which got license in July 2019, commenced its operations in March 2021 to become the third player to operate in the country’s mobile services market.

Ms Damidi concludes: “Dito is attracting customers through limited period promotional plans with unlimited texts and free 300 minutes of calls to other networks, and unlimited texts and calls on same network as a part of its 10GB and 25GB plans. Globe, however, is expected to retain its leadership through the forecast period supported by its strong focus on network expansion and modernization.”