Powder River’s ramp up in drilling activities could signify the end of a year-long downward trend, says GlobalData

28 Oct 2021
Powder River’s ramp up in drilling activities could signify the end of a year-long downward trend, says GlobalData

Rig count in the Powder River basin, situated in Wyoming and Montana, has increased almost four-fold from four in April 2021 to 17 in August 2021, according to GlobalData. The leading data and analytics company notes, considering the recent sustained upswing in US crude prices, production of both crude oil and natural gas in the basin is expected to grow by a respective 28% and 13% by December 2022*.

Svetlana Doh, Oil & Gas Analyst at GlobalData, comments: “Unlike other basins in the area, Powder River’s production nearly rebounded to pre-pandemic levels only four months after the onset of the pandemic. Production then kept a downward trend, at an average of -1% a month, but June 2021 saw an uptick in the number of rigs. This could signify a mitigation or even reversal of the trend.” 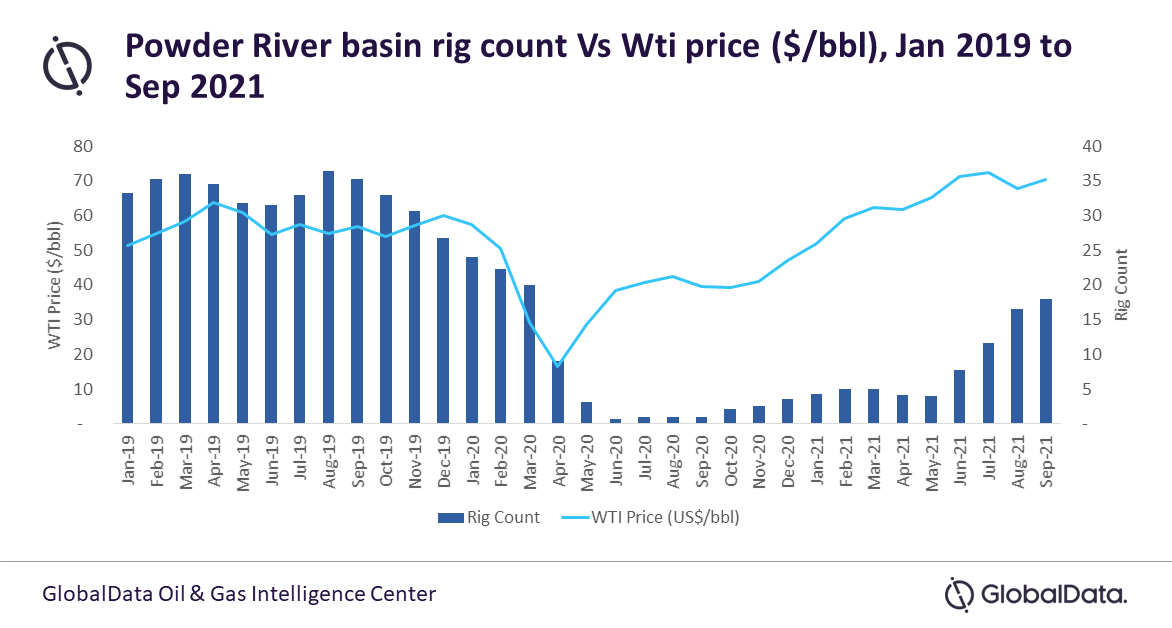 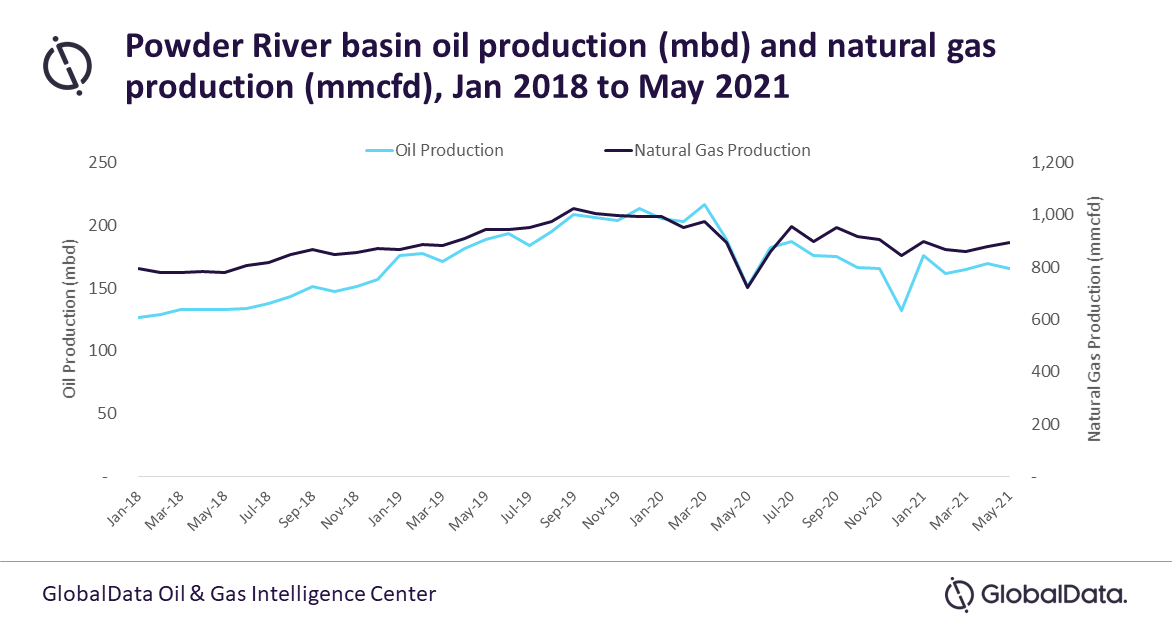 According to GlobalData’s latest report, ‘Powder River Basin Shale in the US, 2021 – Oil and Gas Shale Market Analysis and Outlook to 2025’, production in the Powder River basin somewhat recovered in June 2020 to 182 mbd of crude oil and 957 mmcfd of natural gas. However, levels stayed below this throughout H1 2021.

Doh continued: “Drilling activity in the region was very slow. Even when WTI price rose to $52 per bbl in January 2021, rig count was still only around four – 83% less than the number of rigs observed in February 2020 before the COVID-19 pandemic hit the US.”

The Powder River basin accounts for less than 5% of the country’s overall crude oil production in the country.

Doh adds: “Most players in the region have acreages elsewhere. For example, Occidental Petroleum, which holds the highest leaseholds of 400,000 net acres in Powder River, also owns significant positions across the Denver-Julesburg and Permian basins. The slow growth of drilling activities in Powder River could be because operators instead focused on high-return assets such as the Permian basin.

“Once oil price stabilized to over $70 per bbl in June 2021, there was a rapid boost in the number of rigs, with an average 50% increase in rig count each month – until August, when the total rig count reached 17 for the whole basin.”

Doh commented: “Both crude oil and natural gas are expected to exceed pre-pandemic production levels by 2022.” 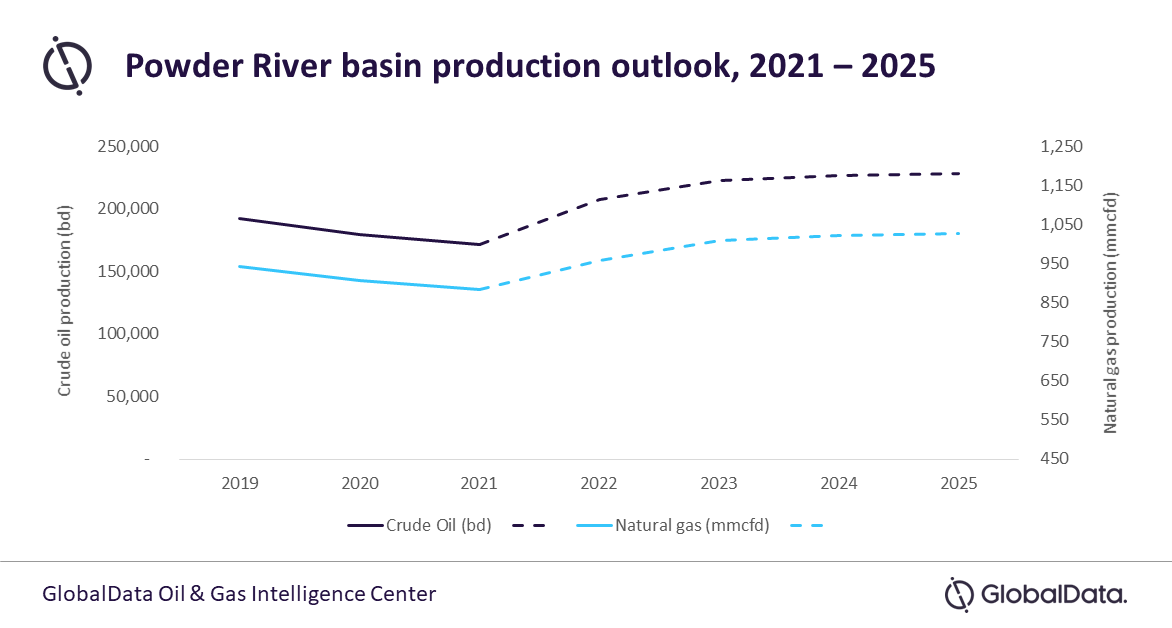