In 2021, drug pricing pressure from regulators and payers will remain and aggressive negotiation tactics to drive down drug prices will continue, according to GlobalData, a leading data and analytics company.

The company’s latest annual outlook report, ‘The State of the Biopharmaceutical Industry – 2021’, reveals that 49% of global industry survey respondents believe that drug pricing and reimbursement constraints will have the greatest negative impact on the pharmaceutical industry in 2021. This is followed by political divide in the US with 19% of respondents and China Impact with 10% of respondents. Brexit, which ranked last in 2020, is in the fourth spot this year with 5% of respondents – most likely because the official Withdrawal Agreement took effect on 1 January, 2021. 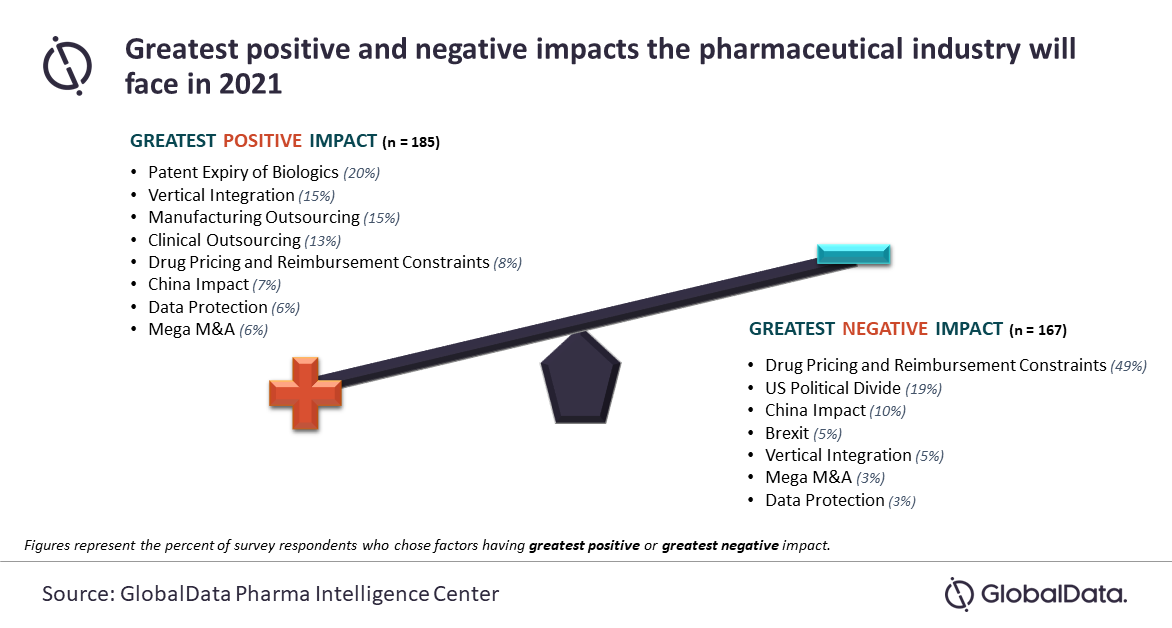 Bonnie Bain, PhD, Global Head of Pharma at GlobalData, comments: “It is not surprising that drug pricing and reimbursement constraints remain the number one concern for the industry, especially since 2021 kicked off with drug companies such as Pfizer, AbbVie and Bristol Myers Squibb raising US list prices for over 500 drugs.”

While the average increase in drug price is ~4.8%, compared to 5% last year, AbbVie’s Humira – the industry’s top-selling drug that was approved almost two decades ago – saw an increase of 7.4%.

Bain continues “We have been having these ‘January surprises’ for a few years now, so these price increases have become the norm. However, timing could not be worse, since we are still in the middle of a global pandemic, hospitals are struggling to control costs and patient visits to doctor’s offices remain lower than average.”

The pharmaceutical industry remains under increased pressure from governments, particularly in the US, to curb drug costs. President Trump issued several executive orders in late 2020 aimed at lowering prices.

Bain adds: “Controlling drug prices is also a key issue for President elect Joe Biden, who has promised to introduce drug price reforms that would benefit both public and private payers – including allowing Medicare to negotiate drug prices directly with pharma companies.

“Despite bipartisan efforts to control drug prices and the global pandemic, GlobalData expects that these planned 2021 price increases will go into effect.”