The operators of Australian LNG projects have widely opted to delay the final investment decisions (FIDs) and have decided to wait for the medium-term market reaction and then act accordingly as per the market situation. This has limited the scope for future liquefied natural gas (LNG) growth in the country, says GlobalData, a leading data and analytics company.

According to GlobalData, LNG delays in projects such as Woodside’s Scarborough and Santos’ Barossa field have resulted in a reduced forecast for future LNG growth. Australia took the top spot for global LNG exports in 2019 and these projects were expected to provide a second wave, but the sector may now not see additional growth this decade. 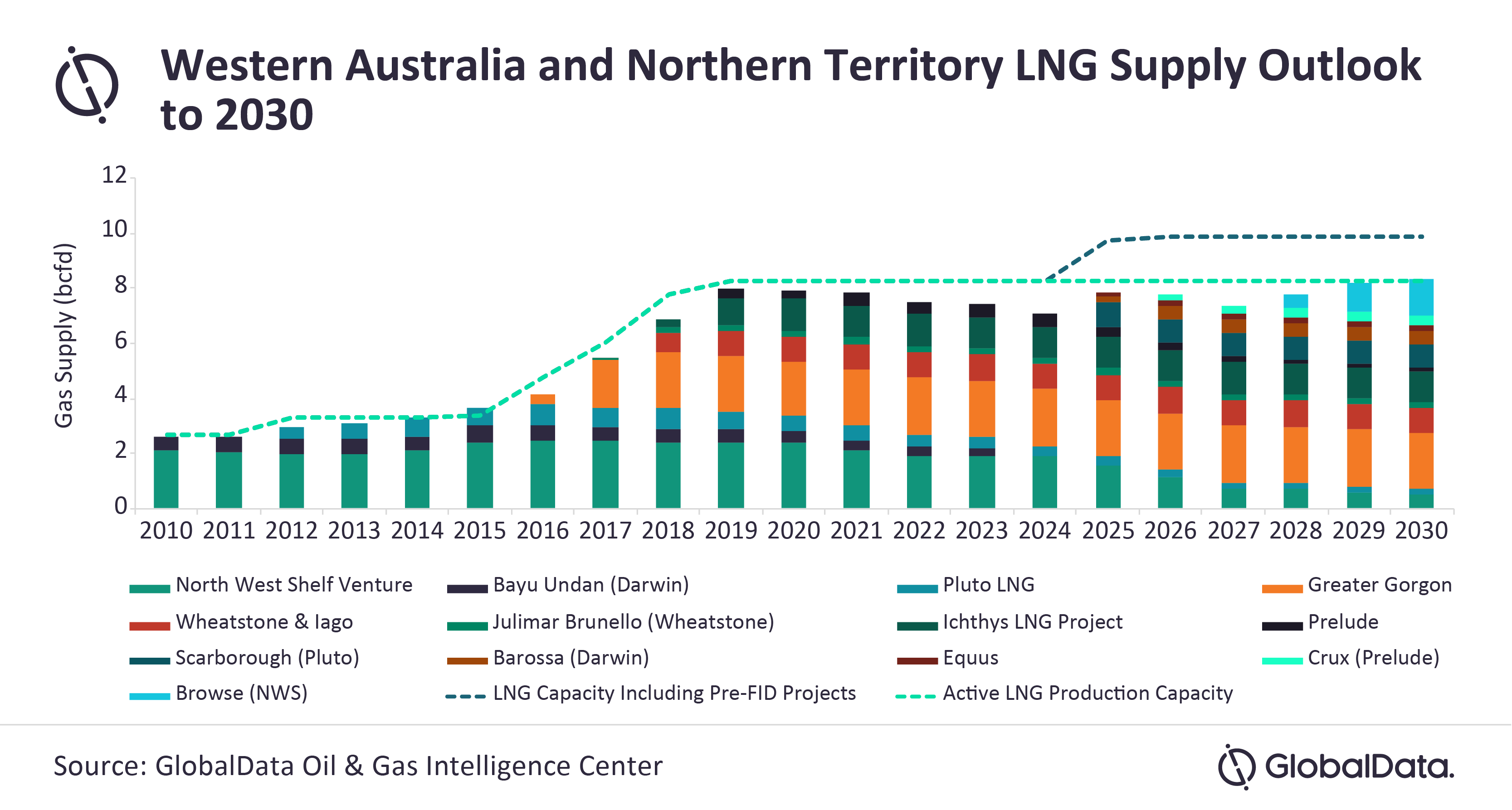 Joseph Wisdom, Upstream Oil & Gas Analyst at GlobalData, comments: “While the immediate impact on Australian gas production has been minor in the first half of the year, it is the future LNG projects that have suffered the brunt of the COVID-19 impact. Now, the end of the decade may see the sector retaining its 2019 output peak, rather than achieving additional growth. However, further reductions in the LNG exports for the second half of this year due to the combined impacts of depressed demand and ongoing shutdowns are very likely.”

The delay of FIDs for backfill projects also raises the prospect of greater spare capacity than previously anticipated as production from the existing Pluto and North West Shelf developments decline. The North West Shelf participants recently agreed to process third party gas from the onshore Waitsia field but this will not make up from the two-year delay to Browse, now not expected until 2028 at the earliest.

Wisdom concludes: “The delays bring into question the necessity for expansions at the Burrup Hub, at least to the extent currently announced. By the time the Scarborough field comes online, there may be enough spare capacity at the existing LNG facilities to accommodate its production, presenting an alternative to the US$6.1bn expansion at Pluto.”