Qualcomm was the most mentioned company in the fifth generation (5G) discussions among the world’s leading telecom experts on Twitter during the third quarter (Q3) of 2019, according to GlobalData, a leading data and analytics company.

The US-based chipmaker has moved from the fourth position during the second quarter (Q2) to top position, according to GlobalData’s Telecommunications Influencer Platform.

While ‘Huawei’ has been consistently ranked second since Q1 2019, Samsung has seen highest growth in mentions (5X) in Q3 over Q2 2019 as the company was able to create buzz around its success in testing interoperability between a 5G standalone core and a commercial network. 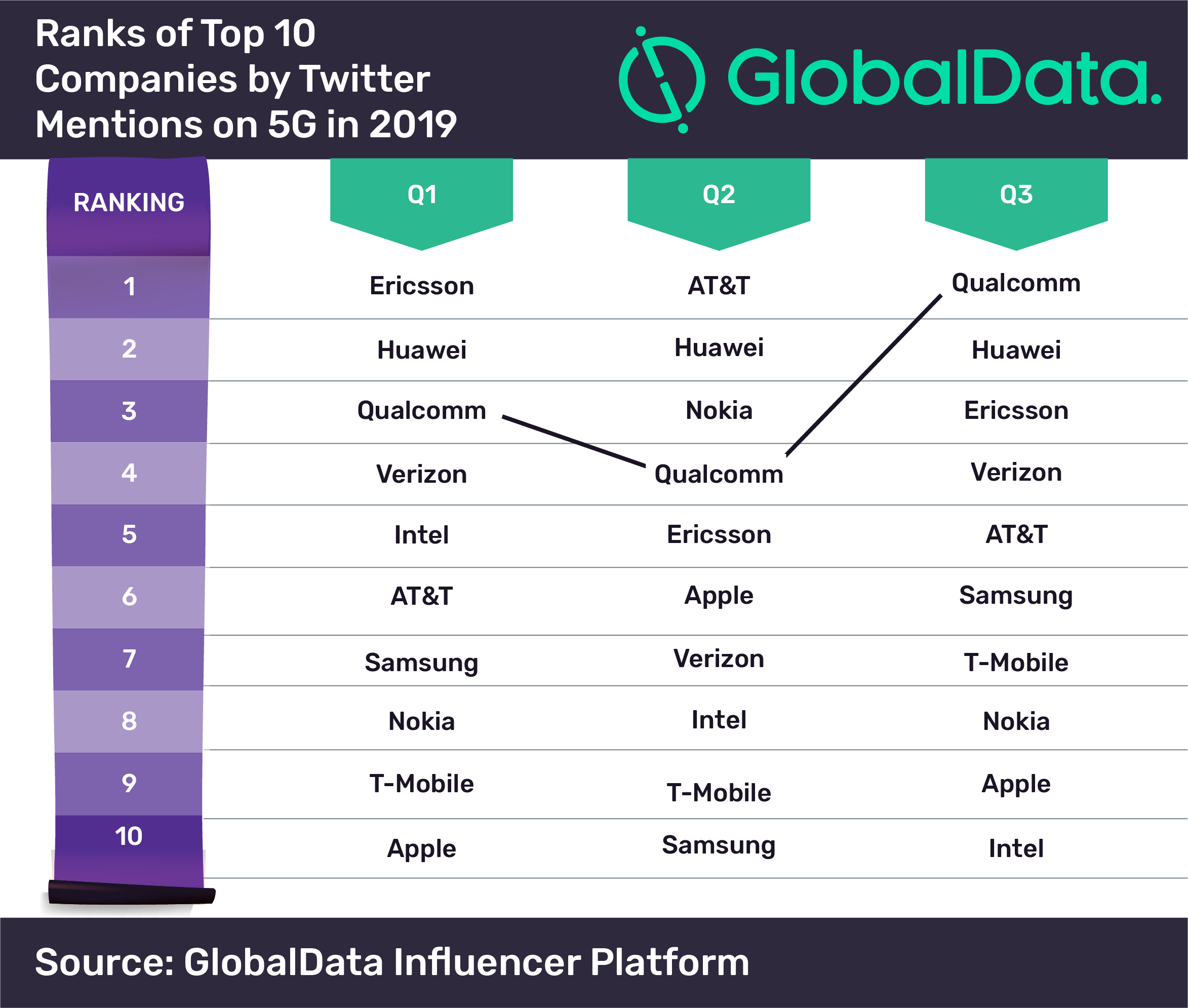 Prashant Saxena, Influencer Expert at GlobalData, says: “While wide-scale deployment of 5G technology is a few years away, a number of mobile operators and telecommunication equipment companies around the world are busy in developing and testing equipment to bring the 5G technology to market.”

A further analysis of the discussions of leading telecom experts pertaining to the emerging trends, pain areas, new fields of innovation and other popular areas on Twitter revealed Internet of Things as the most discussed theme amongst 5G discussions in Q3 2019, followed by network connectivity, artificial intelligence, cloud and broadband. 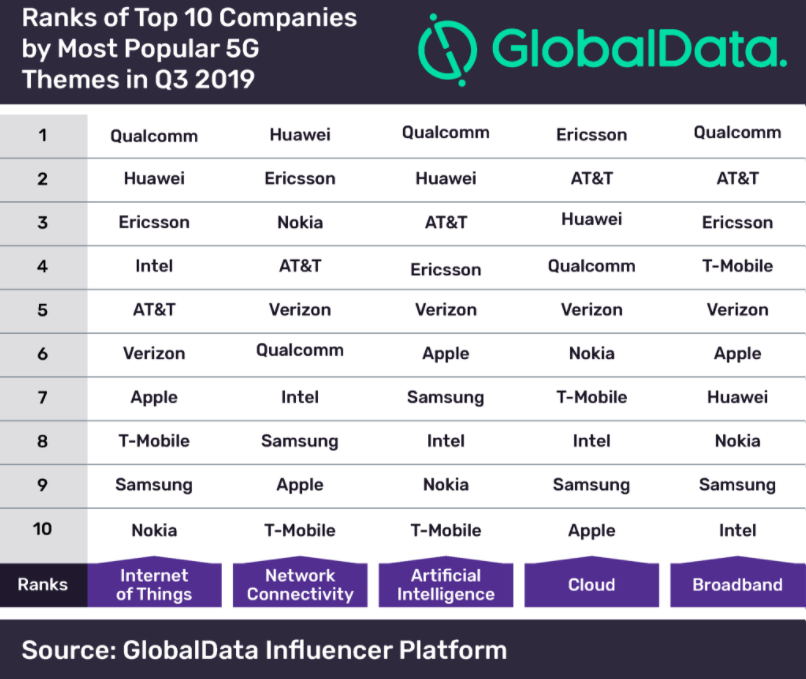 Qualcomm has again emerged as the leader in three out of the five most popular themes on 5G– Internet of Things, artificial intelligence and broadband. Both, Ericsson and AT&T were ranked among the top five companies across all five most popular 5G themes.

Saxena concludes: “5G wireless network is expected to have an enormous impact on the world, where it will not only remain as a medium for communication but also is expected to help power a massive rise in mobility and the Internet of Things ecosystem.”