From designing novel #polymers and #pharmaceuticals to modeling #climatechange and decoding #encryption, the potential applications of quantum computing are increasingly becoming key requirements across a wide array of industries.

Even though fully-fledged, universal, and fault-tolerant quantum computers may be more than a decade away, #investors do see #QuantumComputing delivering value and want to take advantage. This reflects in the average deal size over the past three years, which ballooned from US$15.5m in 2019 to US$25.5m in 2021, reveals GlobalDataPlc. 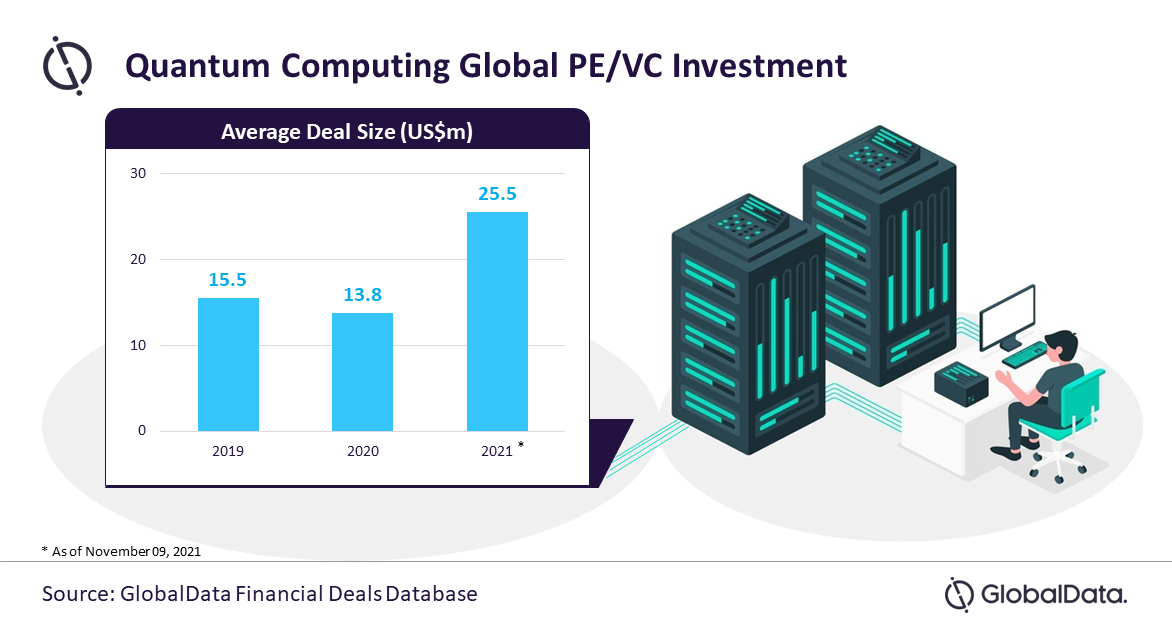 An analysis of GlobalDataPlc’s Disruptor Intelligence Center reveals that various companies are in a race to monetize quantum computing as an everyday tool for business.

Within the next five to seven years, intermediate quantum computers are likely to become available that can offer a quantum advantage over classical computers in certain optimization applications across, for example, #spacewarfare, #logistics, #drugdiscovery, and #optionstrading.

Sign up to get free access to the technology and macroeconomic trends impacting the growth of #QuantumComputing here – https://lnkd.in/gT6EVrYq

Hot tea to drive China hot drinks market at 9.4% CAGR through 2025, says GlobalData
Data and analytics market in China to increase at 10.2% CAGR over 2020-2025, forecasts GlobalData
Global deal activity down by 5.7% in October 2021, finds GlobalData
Psilocybin has potential to become a breakthrough therapy for treatment-resistant depression if safety concerns are resolved, says GlobalData
Indian pharma companies gearing up to grab opportunities in global supply of oral COVID-19 drugs, observes GlobalData