US cable companies operating as mobile virtual network operators (MVNOs) are proving their competitive spirit, scoring more than one million wireless retail customer net additions during the first half of 2020 – 25% more than the postpaid phone net additions reported by the three nationwide wireless operators, says GlobalData, a leading data and analytics company. 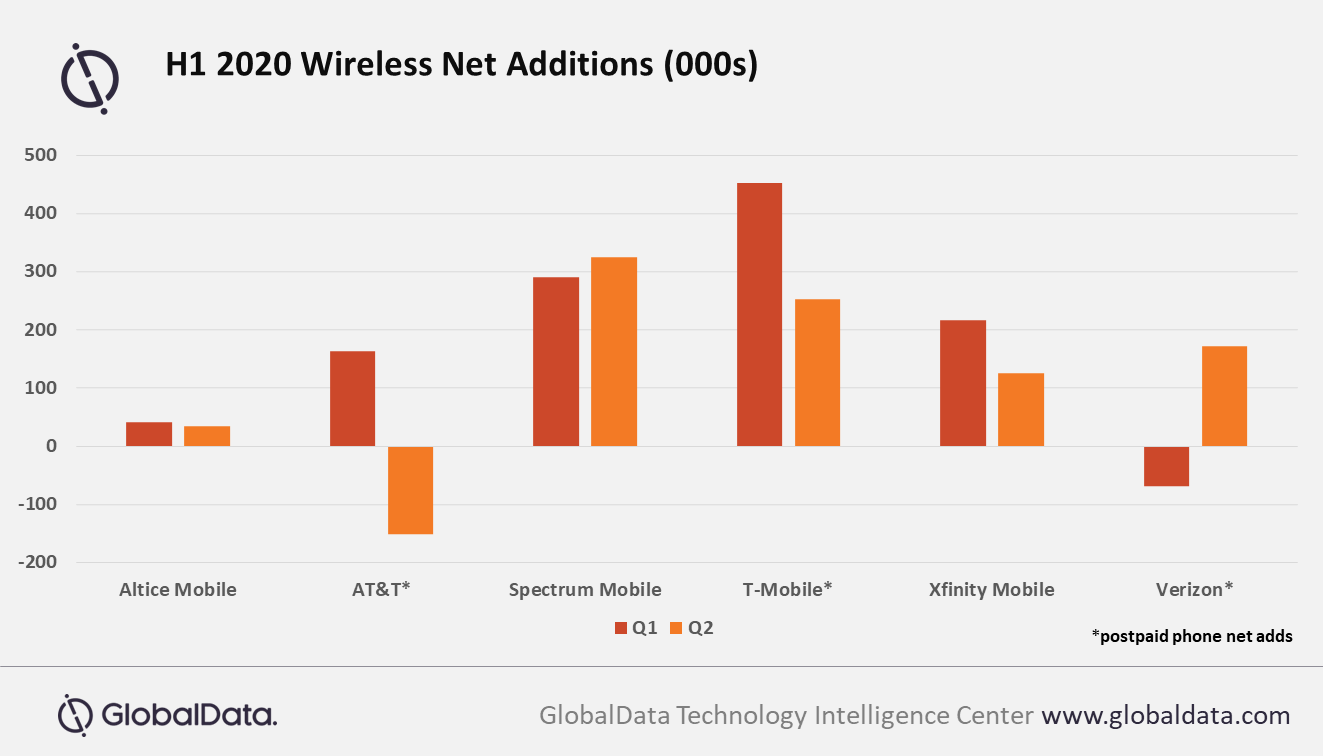 The cable companies can poise an even bigger challenge to incumbent mobile operators by eventually building wide-area wireless networks using their own wireless spectrum. That will enable them to offload service onto their own infrastructure in addition to their existing Wi-Fi footprints, thus gaining more owner economics.

Parker continues: “It is no surprise that three of the top five license winners in the FCC’s recently concluded auction for 3550-3650MHz mid-band 5G licenses were leading US cable companies, highlighting the potential they have to further rock the wireless sector.”

Charter and Comcast were ranked among the top spectrum auction bidders, as was Cox Communications, a cable operator that does not have a wireless offering but is known to be exploring the market. The spectrum could also enable cable operators to pursue fixed wireless access (FWA) opportunities.

Parker concludes: “Although US cable operators have dabbled in the wireless segment unsuccessfully in the past, they are putting together the right mix of ingredients to become strong wireless competitors this time around. They are poised to grab even more market share as their wireless operations evolve.”