Renewable installed capacity in Ukraine is set to grow at 15.6% compound annual growth rate (CAGR) to reach 13.8GW in 2030 from 2.8GW in 2019. This increase in renewable energy capacity is expected to boost energy supply security in the country in the near future, says GlobalData, a leading data and analytics company.

Ukraine is reliant on nuclear and coal sources for the bulk of its power generation, and its nuclear reactors are totally dependent on foreign fuel. Over 50% of enriched fuel is imported from Russia, while the remaining is sourced from the US. In addition, ongoing military conflict in the coal-rich Donbas region has seriously hampered domestic coal production, resulting in increased coal import. 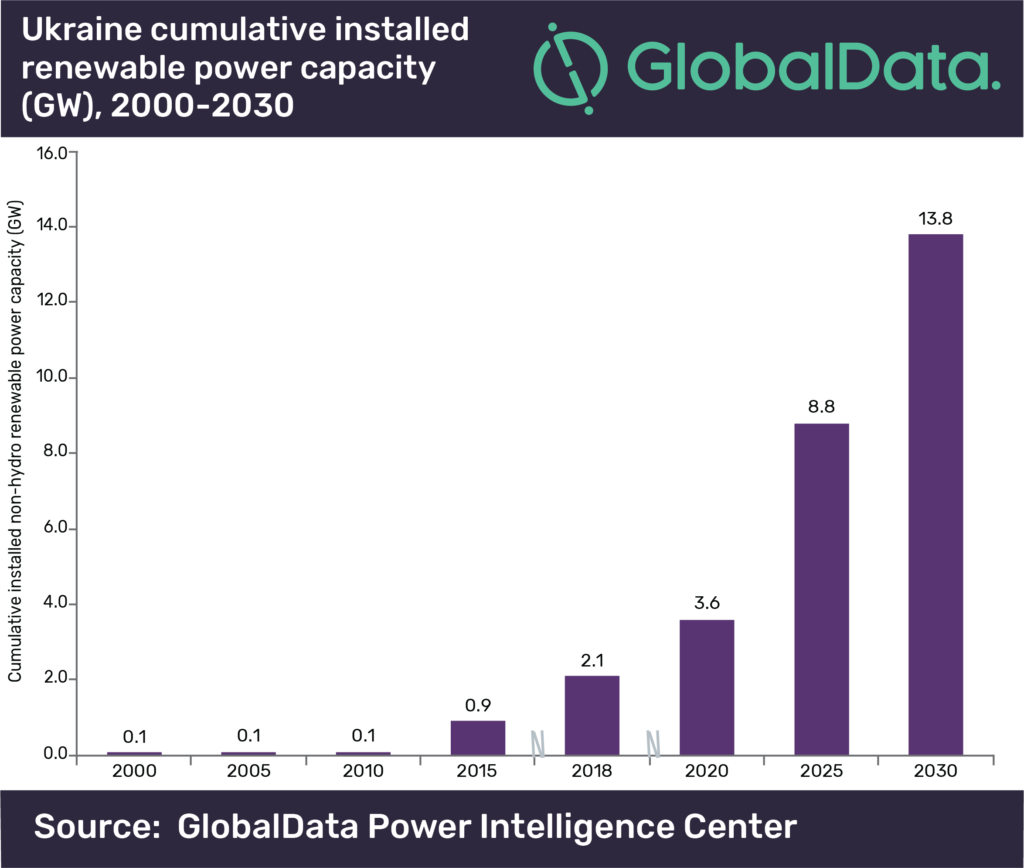 The decrease in domestic coal production has resulted in Ukraine importing coal from South Africa, Poland and the US. Moreover, growing tensions with Russia can also jeopardize the nuclear fuel supply into Ukraine. In such a scenario, ramping up renewable capacity will go a long way in securing uninterrupted power generation in the long term.

Sil concludes: “Following the military conflict between Ukraine and Russia, the US has become a major supplier of coal and nuclear fuel for Ukraine. The country is expected to continue import of two major power sources until the end of the Ukrainian crisis in order to reduce imports from Russia and secure its energy supply.”