Despite renewable capacity growth, South Korea will continue to use thermal sources for majority of its power generation through 2030. The annual generation from thermal sources is expected to reach 397.77 TWh in 2030 from 362.04 TWh in 2020. Thermal power will account for 61.5% in South Korea’s annual power generation in 2030, whereas renewables will account for only 16.6%, says GlobalData, a leading data and analytics company.

GlobalData’s report, ‘South Korea Power Market Outlook to 2030, Update 2021 – Market Trends, Regulations, and Competitive Landscape’, reveals that South Korea envisages to shut down around 30 coal-fired power plants by 2034 once they complete their  operational lifetime limits of 30 years. However, around 24 of these facilities will be converted to liquefied natural gas power plants to ensure a stable electricity supply. 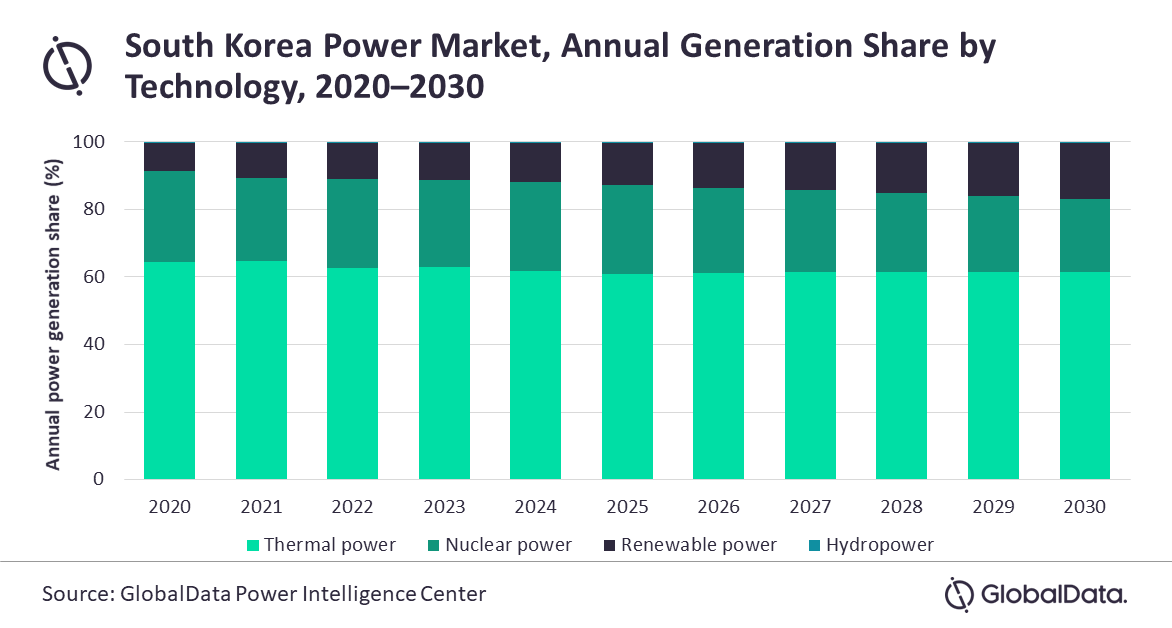 With the government shutting down old nuclear reactors and power generation from renewable segment witnessing slow growth, the rising power demand in the country will have to be met by thermal power generation.