Among all the emerging tech companies globally, those working on robotics have witnessed the highest investor interest with a significant 2.93 investors-to-idea ratio (number of venture capital investors/ number of funded companies/ideas) in 2017, according to GlobalData, a leading data and analytics company.

Although Artificial Intelligence (AI) is ahead of all technologies in terms of volume terms, robotics has the edge over others in terms of investors-to-idea ratio. The rise in interest for robotics is also supported by the average deal value recorded in this segment, which is the second highest at $28 million compared to AI’s $18 million. 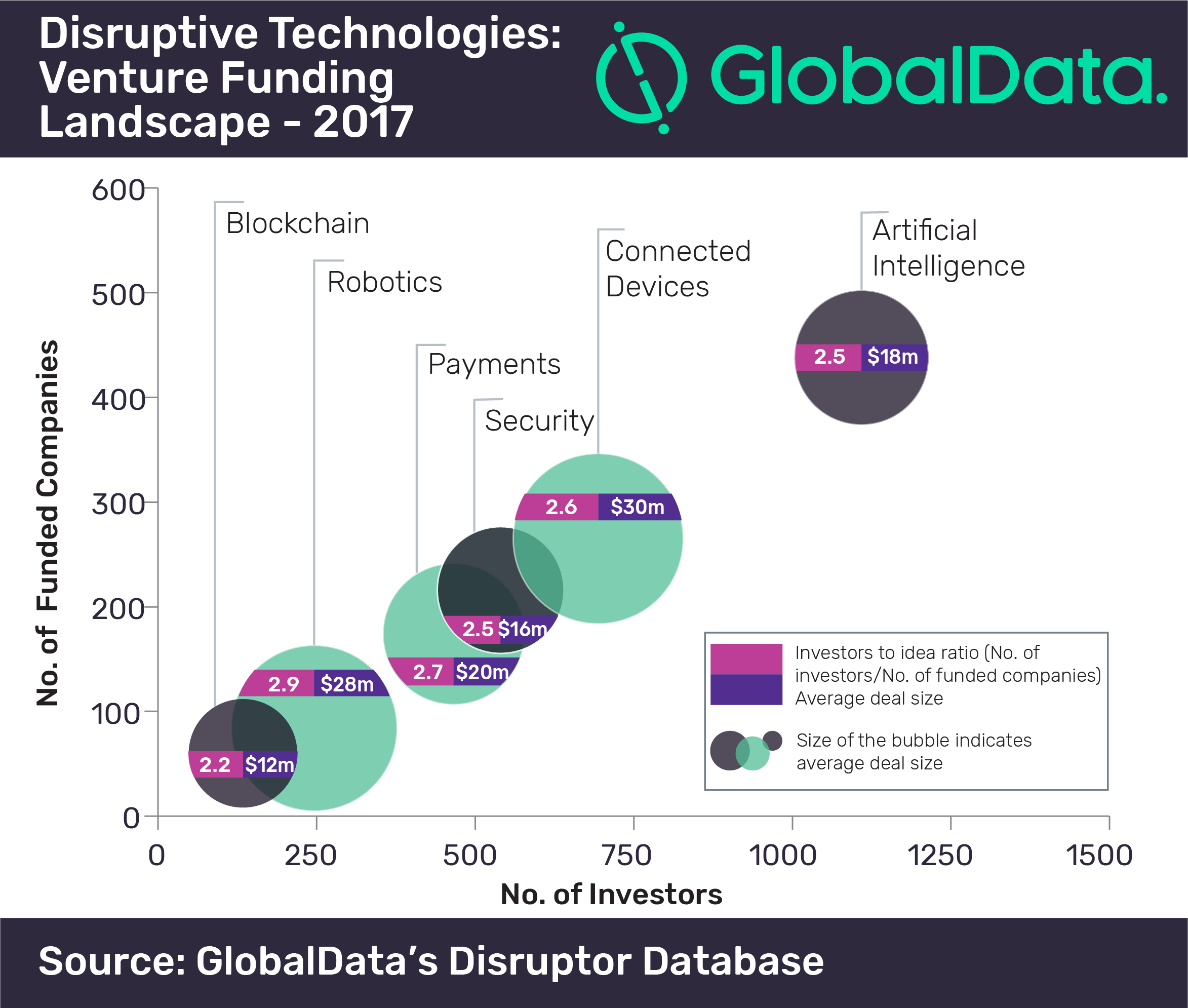 Interestingly, blockchain has seen the lowest investor interest as well as the lowest average deal value among all technologies, with a 2.23 investors-to-idea ratio and $12 million respectively in 2017.

GlobalData’s analysis noted a mixed result for connected devices & IoT segment, which stood atop the average deal value chart with $29.5 million, but slipped to third in terms of interest at a 2.62 investors-to-idea ratio.