Vinie Varkey, Senior Ophthalmology Analyst at GlobalData, comments: “RP is a type of retinal dystrophy that is associated with high levels of clinical and genetic heterogeneity. Therefore, replacing the defective gene with a functional one is an approach that has the potential to transform the treatment landscape for such diseases.” 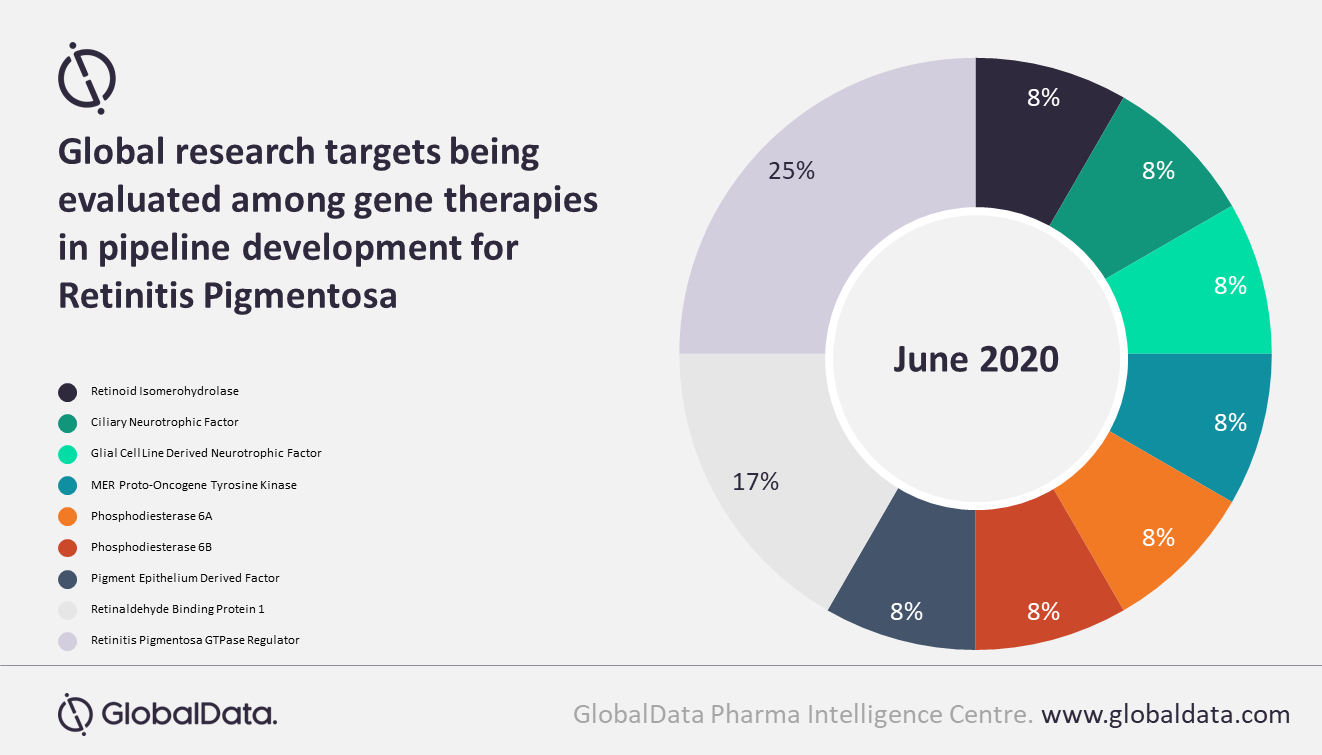 Of these therapies, 63% are categorized as gene therapies with a variety of targets currently being evaluated for RP. Other therapies include those evaluating antisense oligonucleotides, proteins or peptide formulations, small molecules and stem cells.

Varkey adds: “Given the genetic heterogeneity of the disease, multiple genes are currently targets for various gene therapies in clinical testing. The most common among these is RPGR, a gene that is involved in the production of a protein understood to play an important role in cell movement and different chemical signalling pathways.

“As these therapies continue to advance to later stages of development, gene therapies are anticipated to remain a dominant feature of the RP pipeline, as such targeted therapies are usually associated with few side effects and effective therapeutic outcomes.”