Regionally Asia leads with seven discoveries, followed by Europe and South America with four discoveries each. The Former Soviet Union (FSU) had three discoveries, with North America and Africa having two discoveries each in the quarter. Oceania had only one conventional oil discovery during the same period. 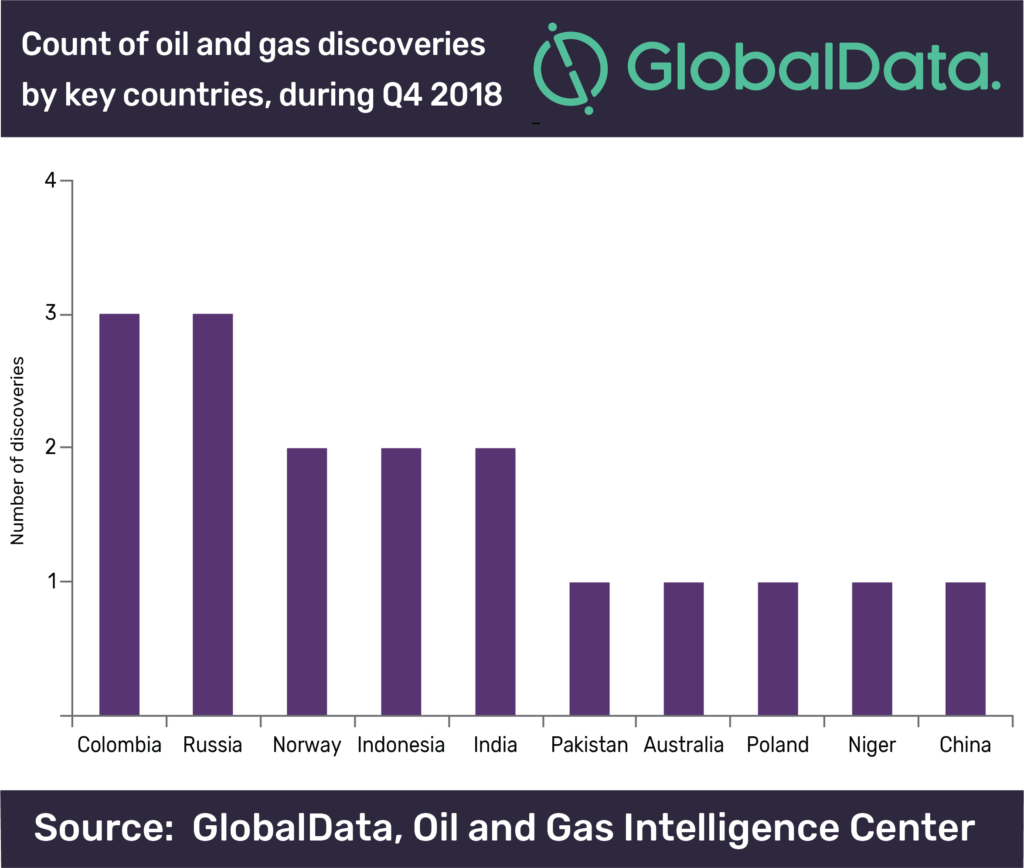 Soorya Tejomoortula, Oil & Gas Analyst, at GlobalData, comments: “Russia’s two natural gas discoveries, Obskoye North (Severo-Obskoye) and PO-1, were made in the West Siberian basin and an oil discovery, Triton, was made in the Okhotsk basin. All three conventional oil discoveries in Colombia, Acorazado-1, Danes-1, and Indico-1, are in the Llanos Orientales basin.”