Russia is expected to witness the highest global working gas storage capacity additions, contributing around 21% of the global capacity additions by 2024, says GlobalData, a leading data, and analytics company.

The company’s report, ‘Global Capacity and Capital Expenditure Outlook for Underground Gas Storage, 2020−2024 – Russia Leads Global Working Gas Capacity Additions,’ reveals that Russia is likely to witness a working gas storage capacity addition of 585 billion cubic feet (bcf) by 2024. Out of which, the capacity of planned projects that have received necessary approvals for development accounts for nearly 573 bcf.

Haseeb Ahmed, Oil and Gas Analyst at GlobalData, comments: “Russia is expected to witness the start of six new-build gas storage sites by 2024. Of these, five are planned and the remaining is an announced site. Stepnovskoe II is the largest upcoming gas storage site in the country, with a capacity of 199 bcf followed by Bednodemyanovskoye I with 177 bcf by 2024.” 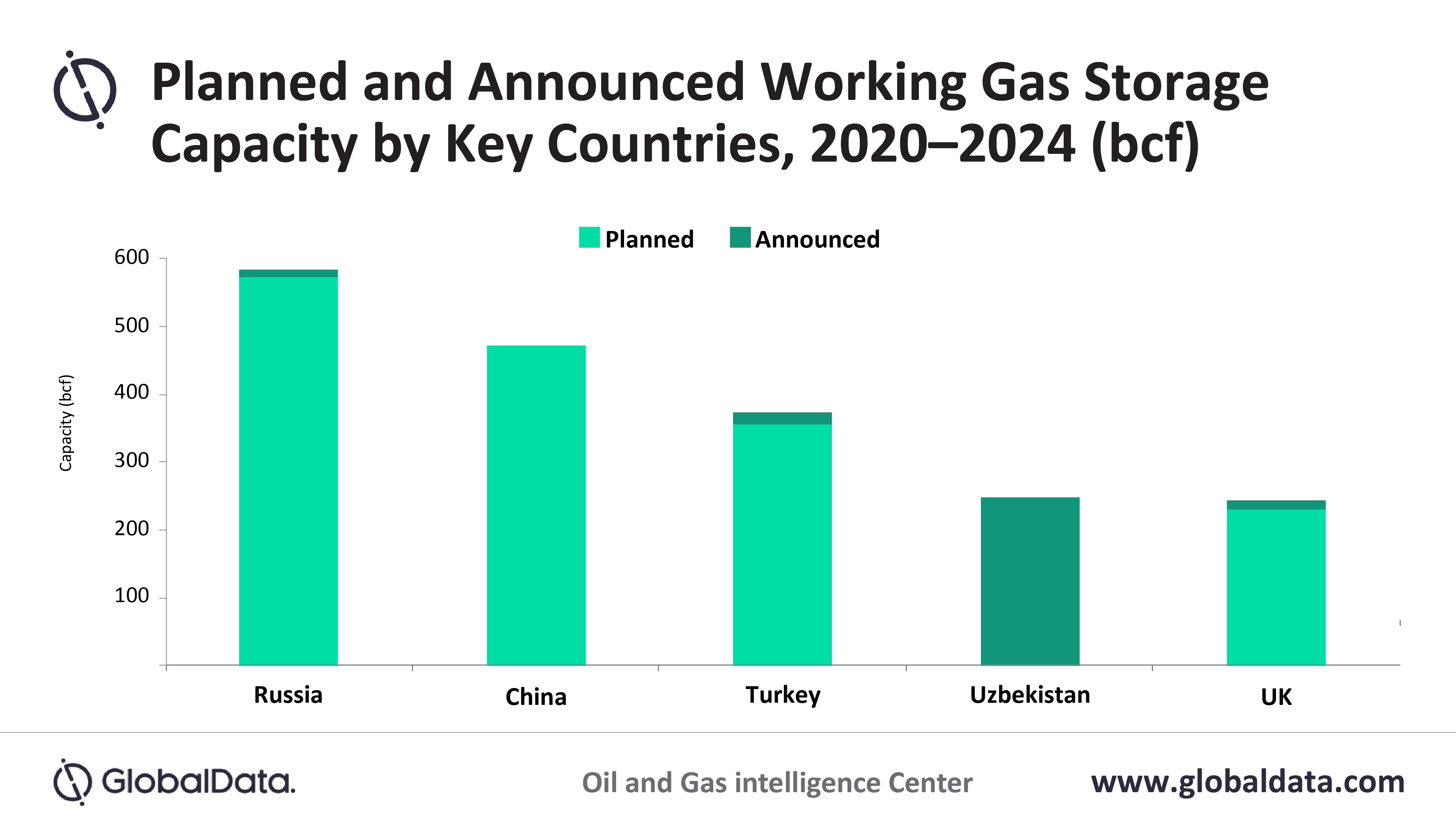 Ahmed continues: “Turkey ranks third across the globe contributing roughly more than 13% of the world’s working gas storage capacity additions during the outlook period 2020–2024. The country has six upcoming projects, of which five are planned and the remaining one is an announced project. Tuz Golu II and Mersin II are the largest upcoming gas storage sites in the country with respective capacities of 148 bcf and 106 bcf by 2024.”