Russia will account for 42% of the total capacity additions in the gas processing industry in the Former Soviet Union between 2018 and 2022, according to GlobalData, a leading data and analytics company.

The company’s report: ‘Gas Processing Industry Outlook in Former Soviet Union to 2022 – Capacity and Capital Expenditure Forecasts with Details of All Operating and Planned Processing Plants‘ reveals that the Former Soviet Union is expected to have 16 planned gas processing plants with a total processing capacity of 11,631.8 million cubic feet per day (mmcfd) by 2022.

Soorya Tejomoortula, Oil & Gas Analyst at GlobalData, comments: “Russia is ramping up its new-build gas processing capacity with an aim to diversify its natural gas exports to the Asian countries and maintain its supplies to the European nations.” 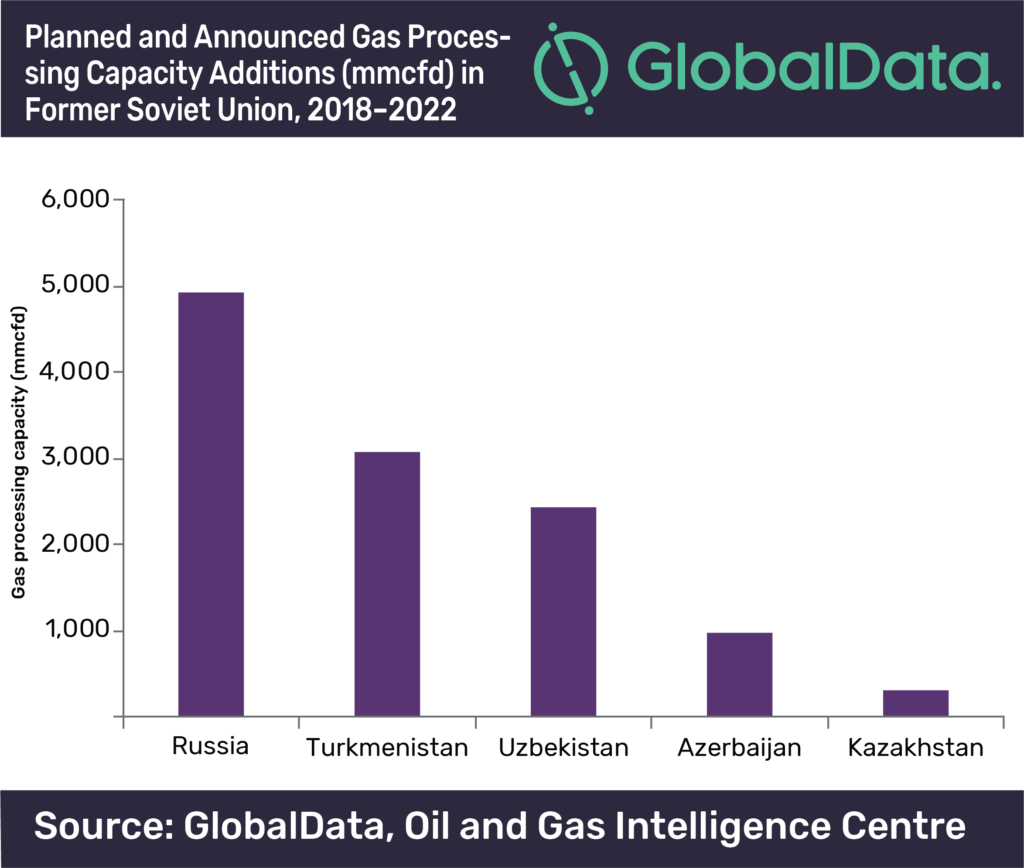 GlobalData identifies Turkmenistan as the second largest country in the Former Soviet Union in terms of gas processing capacity additions. The country is expected to add around 3,063.8 mmcfd by 2022 with a planned investment of roughly US$8.7bn to be spent on the planned and announced terminals during the outlook period.

The report also states that in terms of gas processing capacity among the upcoming gas processing plants, Galkynysh II in Turkmenistan, Chayandinskoye in Russia and Uzbekistan GCC in Uzbekistan will lead with 2,899.5 mmcfd, 2,029.6 mmcfd and 1,450.3 mmcfd, respectively.

In terms of new build capex spending during the forecast period, Galkynysh II in Turkmenistan, Baltic II in Russia and Chayandinskoye in Russia will lead with US$7.8bn, US$6bn and US$5.6bn, respectively.

Morgan Stanley and Evercore were top M&A financial advisers by value and volume in global oil and gas sector for 2020, finds GlobalData
North America’s O&G trunk/transmission pipeline to be almost twice as long as FSU by 2024 as the region continues to lead global pipeline length additions, says GlobalData
Around three quarters of North American midstream projects that got impacted are in the US
Low crude prices and oil demand uncertainty will hamper near-term growth in Permian
M&A activity in the Permian helps ride out oil crisis and strengthen operators for recovery scenario, says GlobalData