Russia is set to account for 92% of the Former Soviet Union’s (FSU’s) total crude and condensate (liquids) production in 2025 from planned and announced (new-build) projects, according to GlobalData, a leading data and analytics company.

The company’s report: ‘H1 2019 Production and Capital Expenditure Outlook for Key Planned and Announced Upstream Projects in FSU – Gazprom Dominates Capex and Opex Spending’ reveals that the crude and condensate production from planned and announced projects in the FSU is expected to be around 1.1 million barrels per day (mmbd) in 2025, of which Russia alone may produce around 993 thousand barrels per day (mbd).

Soorya Tejomoortula, Oil and Gas Analyst at GlobalData, comments: “Russia dominates FSU both in terms of crude and condensate production, and new-build capex on crude projects by 2025. Komsomolskoye North (Severo-Komsomolskoye) (SLKh) PK1, Erginskoye and Messoyakhskoye West (Zapadno-Messoyakhskoye) are some of the key new-build projects that contribute around 60% of country’s crude production in 2025.” 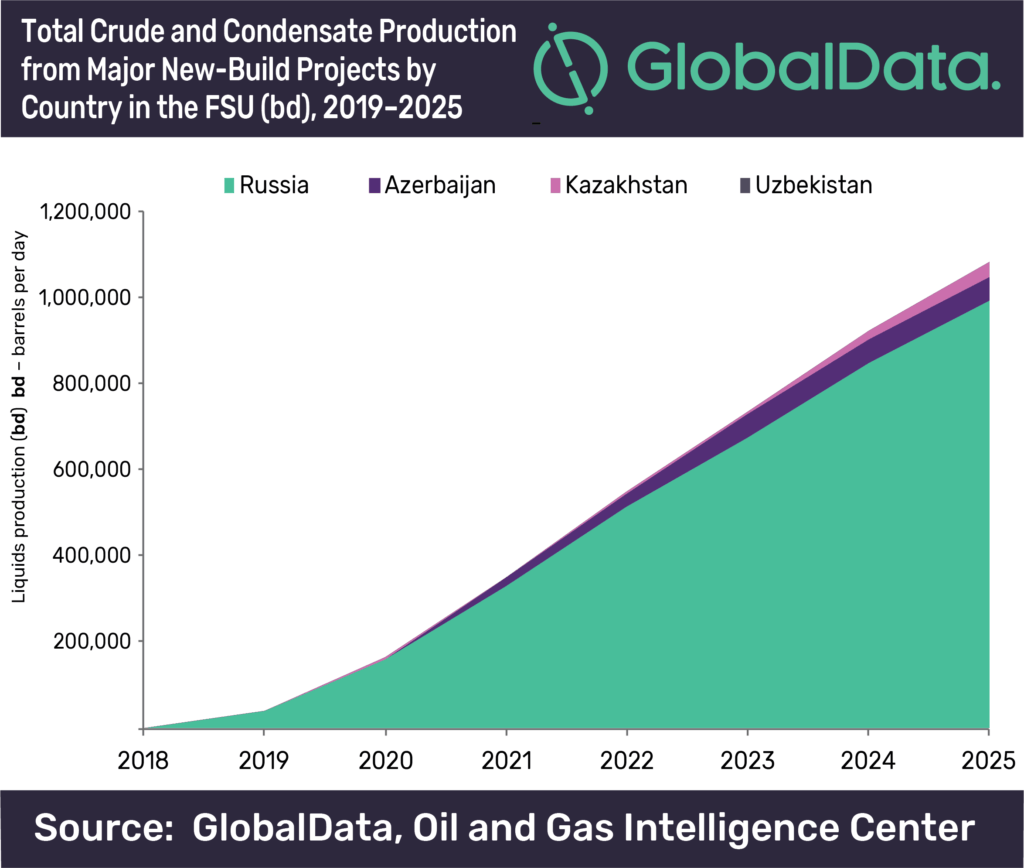 GlobalData identifies Azerbaijan as the second highest country with 53.7 mbd of planned and announced crude production from new-build projects in 2025. Among these, 30.8 mbd may come from planned projects and 22.9 mbd from announced projects.

The Komsomolskoye North (Severo-Komsomolskoye) (SLKh) PK1 project in the FSU is expected to have the highest crude and condensate production in FSU in 2025 with 113 mbd. Erginskoye and Messoyakhskoye West (Zapadno-Messoyakhskoye) are the other key projects with production of 94 mbd and 69 mbd, respectively, in 2025.