Citi has retained the top position in the latest mergers and acquisitions (M&A) league table of the top 10 financial advisers for the oil & gas sector based on deal value for the first quarter (Q1) 2019, according to GlobalData, a leading data and analytics company.

The American multinational investment bank topped the rankings with a deal value of US$81.1bn, by advising on eight deals during the quarter, which incidentally was the highest in terms of volume (a figure shared by two others). HSBC was a close second with US$80.7bn earned on the strength of just three deals.

According to GlobalData, which tracks all M&A, private equity/venture capital and asset transaction activity around the world to compile the league table, Morgan Stanley took third place with six deals worth a total of US$80.6bn. 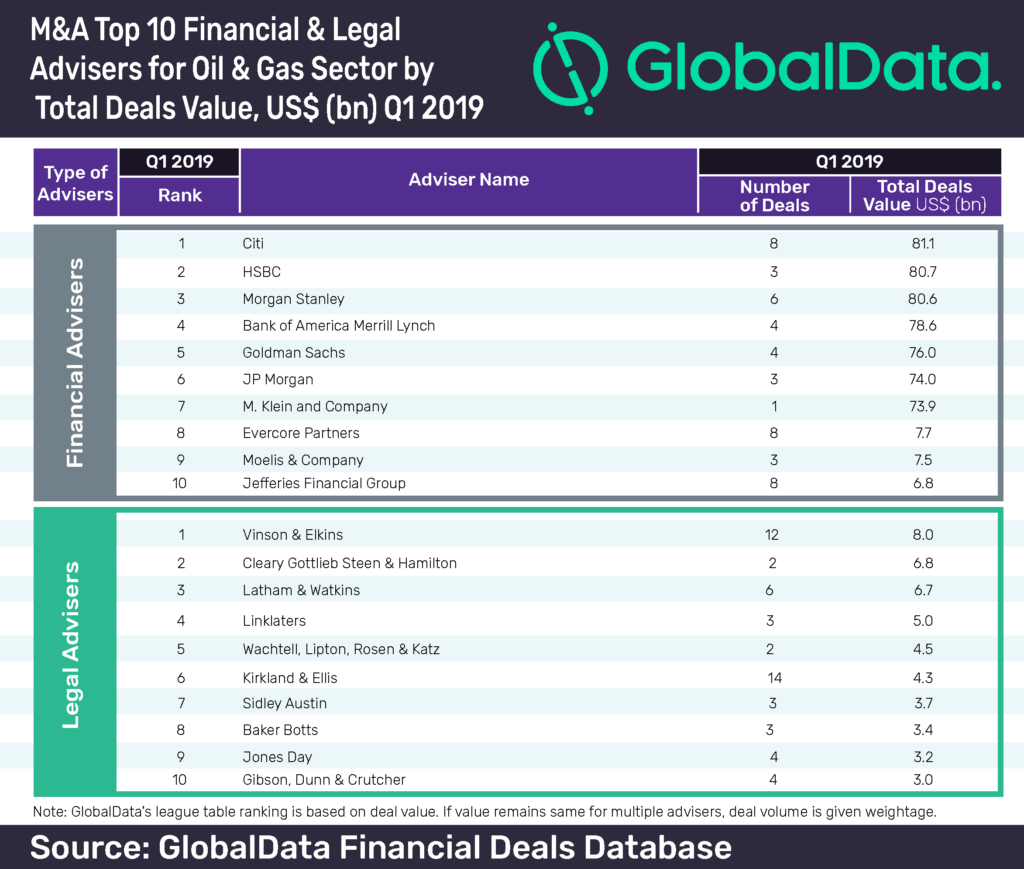 An early flurry of final investment decisions kicks off more promising year for upstream oil and gas across EMEA
NEO Energy to become a top ten producer in the UK with ExxonMobil North Sea deal
US dominates upcoming oil and gas project starts in North America by 2025
Little prospect of post-COVID-19 rebound for BP’s oil and gas investments
North America’s O&G trunk/transmission pipeline to be almost twice as long as FSU by 2024 as the region continues to lead global pipeline length additions, says GlobalData