The size of the seasonal influenza vaccine market across the three major Asia-Pacific (APAC) growth markets (3GM*) will grow at a modest compound annual growth rate (CAGR) of 1.4% from US$914m in 2018 to US$1.05bn in 2028, says GlobalData, a leading data and analytics company.

The company’s latest report, ‘Seasonal Influenza: Forecast in Asia-Pacific Markets to 2028’, reveals that the launch and increasing use of quadrivalent influenza vaccines in China and India, respectively, as well as the launch of plant-based vaccines in Japan will potentially provide stronger protection against seasonal influenza infections and drive growth over the next ten years.

Philipp Rosenbaum, PhD, Pharma Analyst at GlobalData, explains: “The launch of the first inactivated quadrivalent influenza vaccines in China from Sinovac Biotech, Chongqing Zhifei Biological Products and Wuhan Institute of Biological Products; new quadrivalent vaccines from Biken and Denka Seiken in Japan; and the launch of quadrivalent live-attenuated vaccines from the Serum Institute in India and AstraZeneca/Daiichi Sankyo in Japan will drive the growth across the 3GM.

“Additionally, the launch of the first non-egg-based vaccine in Japan, Medicago’s virus-like particle (VLP) vaccine MDG-2271 quadrivalent, will initiate the transition away from egg-based vaccine in the APAC market and will drive the growth in the 3GM during the forecast period.” 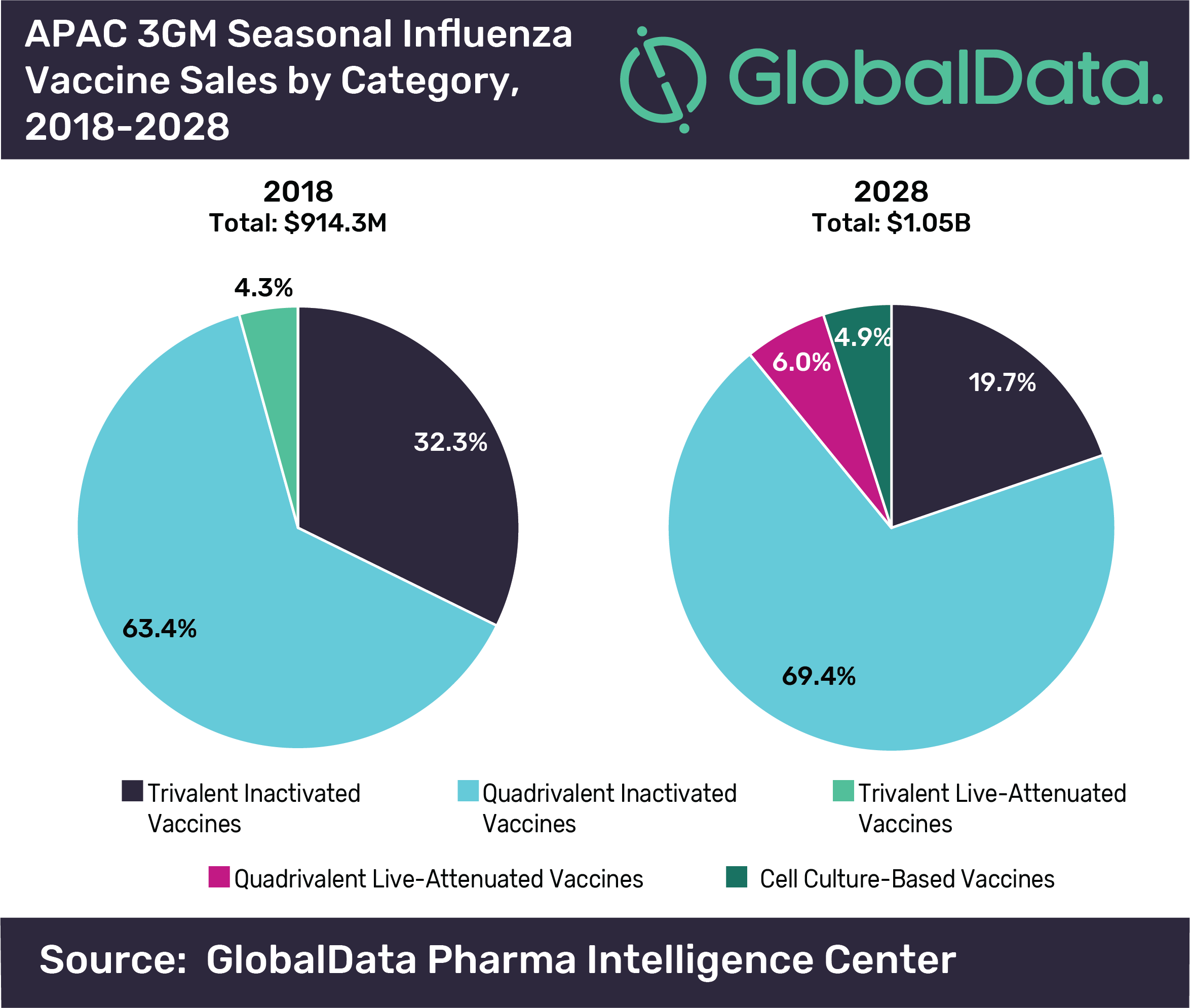 Rosenbaum concludes: “The launch of next-generation plant-based influenza vaccines in Japan will address the urgent unmet need of influenza vaccine efficacy while concurrently providing a platform to address environmental needs such as vaccine hesitancy. Universal influenza vaccines that will potentially provide multi-strain and multi-season protection are in development in the US and EU, but are not projected to launch until 2028 in the 3GM. Clinical trials necessary to prove long-term influenza virus protection will have to cover multiple influenza seasons. ”