With payment protection insurance (PPI) payout provision and the underperformance of Natwest Markets wiping out profits, the overall sentiment score for The Royal Bank of Scotland Group plc (RBS) was significantly down in the third quarter (Q3) of 2019, says GlobalData, a leading data and analytics company.

GlobalData’s Company Filing Analytics platform, which analyzes and showcases sentiments across companies and sectors by scanning through earning transcripts and filing documents, finds 23.2% decline in the overall sentiment score of RBS in Q3 2019 as compared to Q2 2019. 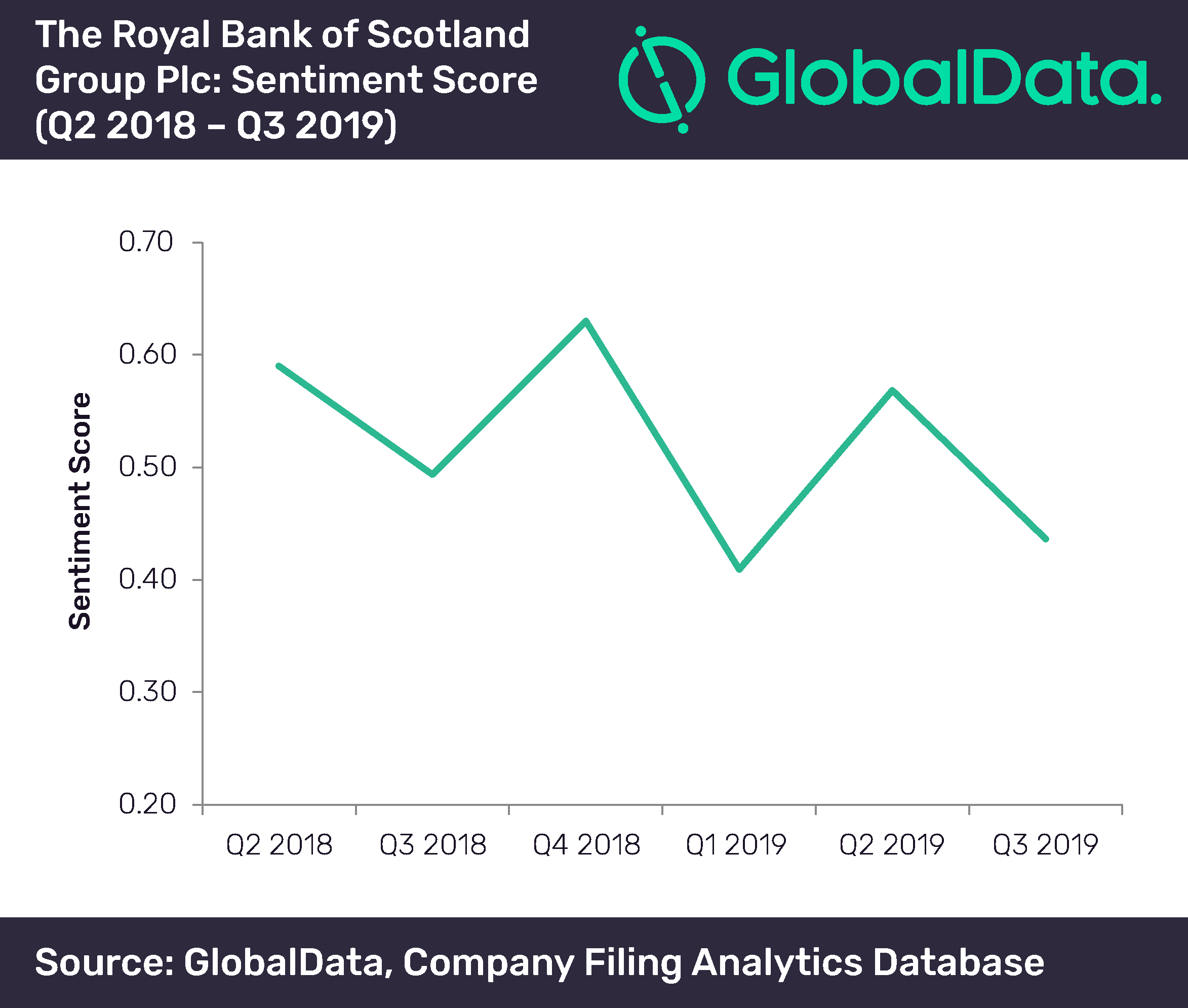 RBS reported a loss of GBP209m during Q3 2019 compared with a profit of GBP1,703m reported in Q2 2019. The group’s performance was hit by the additional provision of GBP900m for PPI compensation payouts, which is a fallout of higher than expected claims volume.

The underperformance of Natwest Markets, which generated an operating loss of GBP193m, also significantly affected the group’s bottom-line in Q3 2019.

The group was alleged of misselling PPI and the provision was to compensate customers, who were mis-sold such policies. During Q3 2019 itself, RBS received more than 500,000 complaints related to PPI claims.

RBS was fined for several incidences of technical glitch, which affected its banking operations. The bank was also fined in the past by regulatory authorities over allegations of money laundering.

Aurojyoti Bose, Lead Analyst at GlobalData, says: “With the group already experiencing a near-collapse followed by a government bailout in 2008 and returning to profit only in 2017 after almost a decade of losses, such overheads in the form of compensation payouts, settlements or fines/penalties may turn out to be a serious concern and make investors wary.”

The group’s return on tangible equity (ROTE) stood at -3.8% in Q3 2019 as compared to 15.8% in the previous quarter and it is unlikely for the group to achieve its 2020 ROTE target of more than 12%, which may also dent investor sentiments.

During 2019 (January–25 November), RBS share prices fell down below the level of GBp200 for the first time in Q3 with share price down to the lowest level of the year in August.

Bose concludes: “With Alison Rose taking over as the new CEO of the group on 1 November 2019, it will be interesting to see what would be her strategies towards returning the group to profits.”