On the back of improved financial performance and optimism around image sensors, the overall sentiments for Sony Corp. (Sony) improved significantly in the third quarter (Q3) ended 30 September 2019, says GlobalData, a leading data and analytics company.

GlobalData’s Company Filing Analytics platform, which analyzes and showcases sentiments across companies and sectors by scanning through earning transcripts and filing documents, reveals a 23.3% jump in the overall sentiment score of Sony in Q3 2019 after declining for three consecutive quarters.

Aurojyoti Bose, Lead Analyst at GlobalData, says: “The improvement in sentiments can be attributed to the rebound in sales after experiencing dip in two consecutive quarters and bottom-line growth in Q3.” 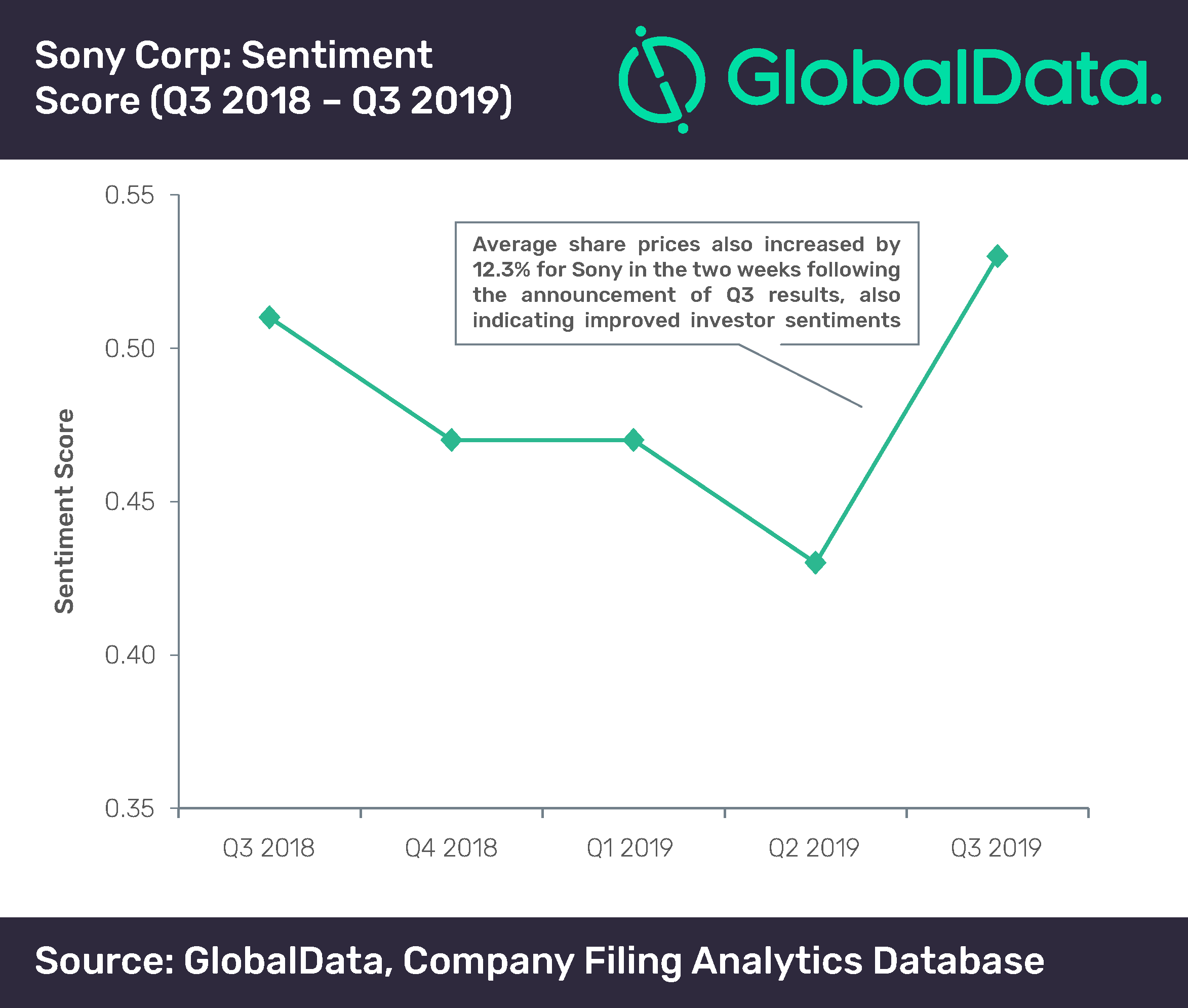 Bose adds: “At a time, when the company’s leadership in consumer electronics market has been fading with falling smartphone and TV unit sales; and decline reported in sales of PlayStation 4 Game software and hardware, the I&SS segment looks like the most promising business segment within Sony.”

Sales in I&SS segment increased by 34.7% in Q3 2019 as compared to Q2 2019. The company is optimistic about the demand for its image sensors and enhanced production capacity.

During the announcement of Q3 2019 results in October, the company revised and reduced its full year consolidated sales forecast for fiscal 19 (year ending March 2020) by JPY200bn to JPY8,400bn as compared to July’s forecast of JPY8,600bn.

The downward revision can be seen as a fallout of lower-than-expected sales of software and sales postponement of the first-party title, The Last of Us Part II, from February 2020 to May 2020.

However, on the back of cost management and increasing sales of image sensors for mobile, the company raised its full year operating income forecast by JPY30bn from JPY810bn to JPY840bn. The company also revised its net income forecast from JPY500bn to JPY540bn.

Bose concludes: “While Sony is optimistic about its bottom-line growth, keeping a tab on technology evolution and competitive landscape is also crucial for its future growth. It faces competition from numerous domestic and international players and to compete effectively, Sony has to continuously innovate and introduce new products that gain market acceptance.”